Brain Picks Up the Beat of Music Automatically

Summary: Researchers report we recognize patterns in music automatically, even with no musical training.

A sense of rhythm is a uniquely human characteristic. Music Cognition scientist Fleur Bouwer discovered that the sense of rhythm – also known as the beat – is so fundamental to humans that we recognise patterns in music even without paying any attention or receiving any training. Based on these findings, Bouwer will obtain her doctorate from the University of Amsterdam on Wednesday 8 June.

What most people call the sense of rhythm – the mechanism that enables us to clap along or dance to music – is an intangible ability that is exclusive to human beings. For example, imagine a barrel before it is placed inside a barrel organ. On the barrel, you can see exactly which tones will be played and for how long they will be audible. However, the regularity of the rhythm cannot be read on the barrel. This rhythm exists only in our heads, where our brain recognises patterns in the sounds. This helps us to predict the music, enabling us to synchronise our actions with it, i.e. dancing, clapping, singing or playing the violin.

Swaying back and forth

Human beings are the only species that recognise these patterns and scientists suspect that an evolutionary development is at the root of it. Music can work as a social lubricant within a community and a sense of rhythm enables us to make music with others or sway back and forth on the bleachers of a football stadium.

For five years, Fleur Bouwer plumbed the depths of the human sense of rhythm in order to map out the fundamental brain processes that lie at its roots. She discovered that both training – i.e. music lessons – and concentration – i.e. paying attention to the music – are unnecessary in recognising rhythm. Even the brains of untrained listeners can recognise the rhythm of a piece of music, even when performing a completely different task.

However, the PhD candidate would like to dispel one misunderstanding: the fact that nearly everyone is capable of recognising musical rhythm does not mean that everybody can dance to that rhythm. ‘This requires more complex motor skills on top of the ability to recognise the rhythm, and unfortunately these skills are not as universal to humans as the sense of rhythm.’

Although training and attention are not necessary for picking up rhythm, they do help. Professional musicians have been shown to be better than normal people at predicting notes in a rhythm based on the rhythm they recognised in an excerpt of music. This ability was its strongest when the musicians were concentrating hard. Bouwer: ‘My results show that, to a certain extent, the sense of rhythm is a fundamental brain process that develops unconsciously. However, training may well help you to make predictions based on the rhythm. This is useful when playing music or dancing.’ 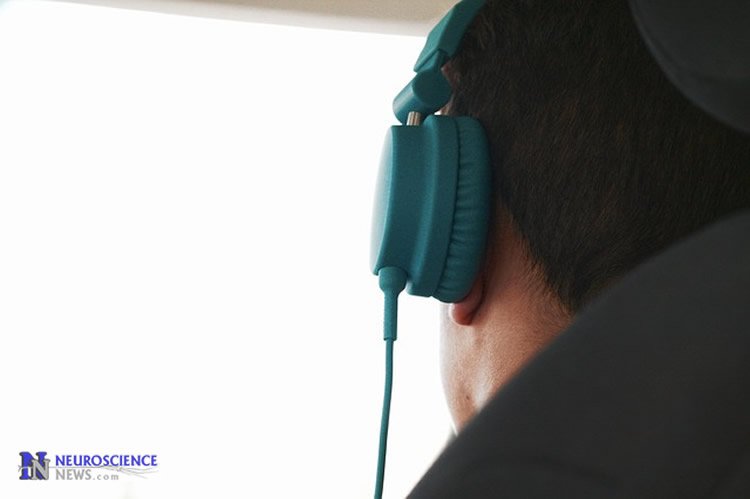 Bouwer hopes that knowledge of musical perception can ultimately be used to help people. NeuroscienceNews.com image is for illustrative purposes only.

Bouwer hopes that knowledge of musical perception can ultimately be used to help people. ‘The brain scanner displays activity in the motor networks when people listen to music with a clearly discernible rhythm. I find that particularly interesting. Maybe we can eventually use this relationship between musical experience and the motor system to help people with motor-system disorders such as Parkinson’s disease. However, before we explore this possibility, we must gain a better understanding of the fundamental processes. My research contributes to this.’

Source: University of Amsterdam
Image Source: This NeuroscienceNews.com image is in the public domain.
Original Research: On 7 June, a symposium will be held to mark the conferral of Bouwer’s doctorate, at which international scientists will share new insights into sense of rhythm and the brain.