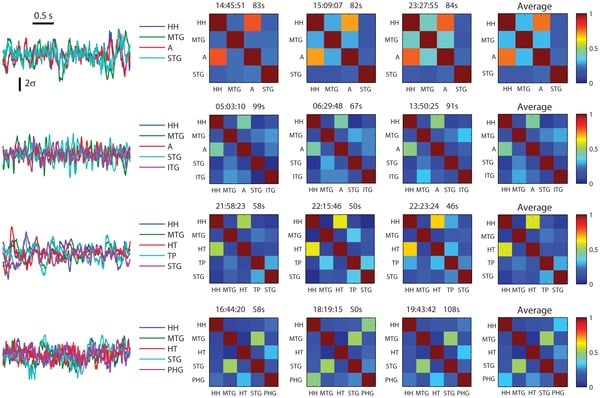 A discovery from Case Western Reserve and Cleveland Clinic researchers could provide epilepsy patients invaluable advance guidance about their chances to improve symptoms through surgery.

Assistant Professor of Neurosciences Roberto Fernández Galán, PhD, and his collaborators have identified a new, far more accurate way to determine precisely what portions of the brain suffer from the disease. This information can give patients and physicians better information regarding whether temporal lobe surgery will provide the results they seek.

“Our analysis of neuronal activity in the temporal lobe allows us to determine whether it is diseased, and therefore, whether removing it with surgery will be beneficial for the patient,” Galán said, the paper’s senior author. “In terms of accuracy and efficiency, our analysis method is a significant improvement relative to current approaches.”

The findings appear in research published October 30 in the open access journal PLOS ONE.

About one-third of patients with temporal lobe epilepsy do not respond to medical treatment and opt to do lobectomies to alleviate their symptoms. Yet the surgery’s success rate is only 60 to 70 percent because of the difficulties in identifying the diseased brain tissue prior to the procedures.

Galán and investigators from Cleveland Clinic determined that using intracranial electroencephalography (iEEG) to measure patients’ functional neural connectivity – that is, the communication from one brain region to another – identified the epileptic lobe with 87 percent accuracy. An iEEG records electrical activity with electrodes implanted in the brain. Key indicators of a diseased lobe are weak and similar connections.

In the retrospective study, Galán and Arun Antony, MD, formerly a senior clinical fellow in the Epilepsy Center at Cleveland Clinic and now an assistant professor of neurology at the University of Pittsburgh, examined data from 23 patients with temporal lobe epilepsy who had all or part of their temporal lobes removed after iEEG evaluations performed at Cleveland Clinic. The researchers examined the results of patients’ preoperative iEEG to determine the degree of functional connectivity that was associated with successful surgical outcomes.

As a standard preoperative test for lobectomy surgery, physicians analyze iEEG traces looking for simultaneous discharges of neurons that appear as spikes in the recordings, which indicate epileptic activity. This PLOS ONE discovery evaluates the data differently by examining normal brain activity in the absence of spikes and inferring connectivity.

Notes about this epilepsy and neurology research

Dr. Galán is a scholar of The Mt. Sinai Health Care Foundation and former fellow of The Alfred P. Sloan Foundation.