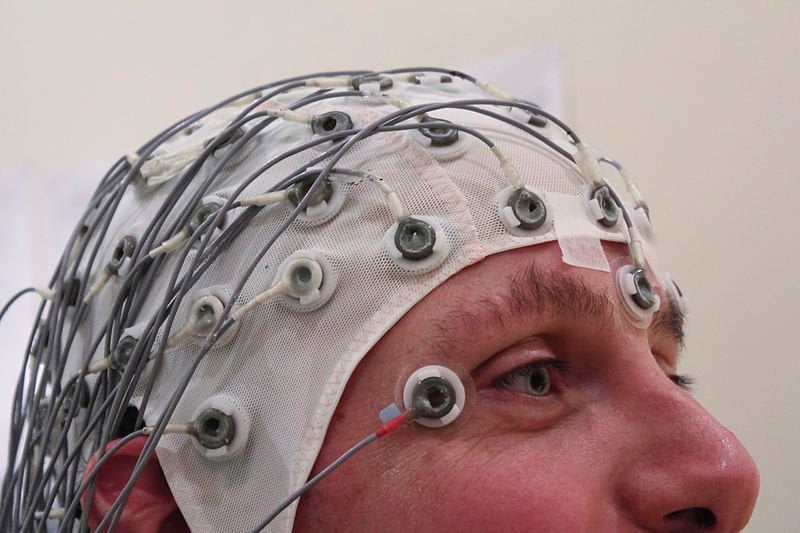 The new model analyses EEG readings from an individual, to predict future seizures. Early warnings could lead a patient to use medicine to combat an oncoming seizure, he said. This image shows a person using an EEG device. Credit provide below.
Home
Featured

A UT Arlington assistant engineering professor has developed a computational model that can more accurately predict when an epileptic seizure will occur next based on the patient’s personalized medical information.

The research conducted by Shouyi Wang, an assistant professor in the Department of Industrial and Manufacturing Systems Engineering, has been in the paper “Online Seizure Prediction Using an Adaptive Learning Approach” in IEEE Transactions on Knowledge and Data Engineering.

Wang’s model analyzes electroencephalography, or EEG, readings from an individual, to predict future seizures. Early warnings could lead a patient to use medicine to combat an oncoming seizure, he said.

“The challenge with seizure prediction has been that every epileptic is different. Some patients suffer several seizures a day. Others will go several years without experiencing a seizure,” Wang said. “But if we use the EEG readings to build a personalized data profile, we’re better able to understand what’s happening to that person.”

Epilepsy is one of the most common neurological disorders, characterized by recurrent seizures. Epilepsy and seizures affect nearly 3 million Americans at an estimated annual cost of $17.6 billion in direct and indirect costs, according to the national Epilepsy Foundation, about 10 percent of the American population will experience a seizure in their lifetime, the agency says.

Wang teamed with Wanpracha Art Chaovalitwongse of the University of Washington and Stephen Wong of the Rutgers Robert Wood Johnson Medical School for the research.

Wang said early indications are that the new computational model could provide 70 percent accuracy or better and give a prediction horizon of about 30 minutes before the actual seizure would occur.

The current model collects data through a cap embedded with EEG wires. Wang’s team is working to develop a less obtrusive EEG cap that will record and transmit readings to a box for easy data download or transmission.

Victoria Chen, professor and chairwoman of the Industrial and Manufacturing Systems Engineering Department, said Wang’s work in the area of bioinformatics offers hope for the many people who suffer from epilepsy.

“This computational model might be used to predict other life-threatening episodes of diseases,” Chen said.

Wang said his model builds upon an adaptive learning framework and is capable of achieving more and more accurate prediction performance for each individual patient by collecting more and more personalized medical data.

The Link Between Mental Health and ADHD Is Strong, so Why Aren’t We Paying Attention?

“As a society, we’ve gotten really good at looking at the big picture,” Wang said. “We can tell you the likelihood of suffering a heart attack if you’re over a certain age, of a certain weight and if you smoke. But we have only started to personalize that data for individuals who are all different.”

Notes about this epilepsy and neurology research