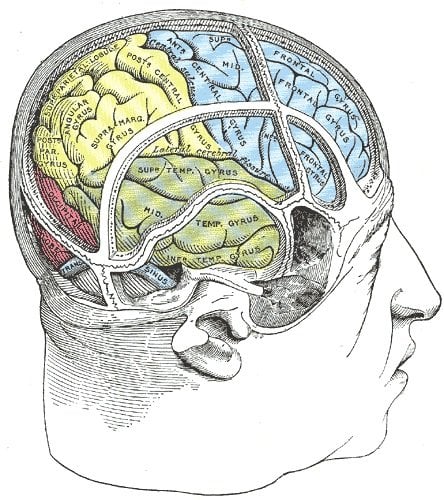 Researchers focused their attention on the right parietal cortex. Previous studies in stroke victims with balance problems have suggested damage to this area of the brain was involved in upright perception. The parietal cortex is highlighted in yellow in this image.
Home
Featured

Where Does Dizziness Come From?

Johns Hopkins researchers say they have pinpointed a site in a highly developed area of the human brain that plays an important role in the subconscious recognition of which way is straight up and which way is down.

The finding, described online in the journal Cerebral Cortex, may help account for some causes of spatial disorientation and dizziness, and offer targets for treating the feelings of unsteadiness and “floating” people experience when the brain fails to properly integrate input from the body’s senses.

Disabling dizziness can be a symptom of damage to the inner ear or other senses such as vision. But in many cases, the problem instead appears to stem from a disruption of the processes in the brain that translate input coming from the inner ears about the pull of gravity and the eyes about our visual sensations into what is known as upright perception. The human brain has an automatic capacity to know which way is up even when our heads and bodies are askew. Studies of people in zero-gravity conditions suggest that sensing gravity plays a role in the perception of upright and spatial orientation.

“Our brain has this amazing way of knowing where we are in space, whether we are upright or tilted at an angle, even if it is completely dark and we can’t see anything around us,” says Amir Kheradmand, M.D., a neurology instructor at the Johns Hopkins University School of Medicine who conducted the research. “This study suggests there’s a small area of neural tissue in the parietal cortex substantially involved in this ability, giving us a place to start thinking about how we may be able to treat people with disorienting dizziness.”

Kheradmand says he and his team focused their attention on the right parietal cortex because studies in stroke victims with balance problems suggested that damage to that part of the brain was centrally involved in upright perception.

Recruiting eight healthy subjects for the study, the Johns Hopkins team placed each person individually in a dark room and showed them lines illuminated on a screen. The researchers instructed the subjects to report the orientation of the lines by rotating a dial to the right, left or straight.

The subjects then received what is known as TMS (trans-cranial magnetic stimulation), which painlessly and noninvasively delivers electromagnetic currents to precise locations in the brain that can temporarily disrupt the function of the targeted area. TMS is considered safe and is approved by the U.S. Food and Drug Administration to treat some patients with depression by stimulating nerve cells in the region of the brain involved in mood control and depression.

For this part of the experiments, each subject had an electromagnetic coil placed against the scalp in a 2-centimeter wide location across the right parietal lobe, behind the ear. This spot was found initially by mapping a small cortical region of the parietal lobe in one subject. At the identified location, the subjects got 600 electromagnetic pulses over the course of 40 seconds. After each 40-second session, the subjects were again asked to show researchers which way each illuminated line on the screen was oriented. The results wore off quickly and the subjects could again be tested on another day. Ultimately, the researchers found that each subject reported that his or her sense of being upright was skewed in the same way after TMS in the same spot in the parietal cortex: the supramarginal gyrus.

Kheradmand says the study’s results raise the possibility that TMS could potentially be used to treat chronic dizziness. “If we can disrupt upright perception in healthy people using TMS, it might also be possible to use TMS to fix dysfunction in the same location in people with dizziness and spatial disorientation,” he says.

“It’s fascinating that we’ve gotten to the point that we can show that a subconscious perception can be altered using this simple, noninvasive technique,” he adds. “We’re excited that this could someday be a key to helping people who have dizziness and spatial disorientation to feel better.”

Notes about this dizziness and neurology research

This work was supported by a training grant from the National Institutes of Health’s National Institute on Deafness and Other Communication Disorders (2T32DC000023), and by the Leon Levy, Schwerin Family and Landenberger foundations.