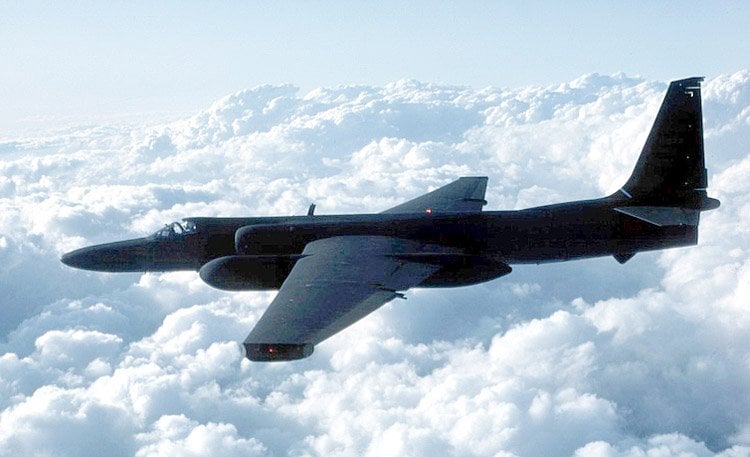 The new study found high altitude pilots had almost four times the volume and three times the number of brain lesions as non-pilots. This image shows a U-2 high altitude airplane.
Home
Featured

A new study suggests that pilots who fly at high altitudes may be at an increased risk for brain lesions. The study is published in the August 20, 2013, print issue of Neurology, the medical journal of the American Academy of Neurology.

For the study, 102 U-2 United States Air Force pilots and 91 non-pilots between the ages of 26 and 50 underwent MRI brain scans. The scans measured the amount of white matter hyperintensities, or tiny brain lesions associated with memory decline in other neurological diseases. The groups were matched for age, education and health factors.

“Pilots who fly at altitudes above 18,000 feet are at risk for decompression sickness, a condition where gas or atmospheric pressure reaches lower levels than those within body tissues and forms bubbles,” said study author Stephen McGuire, MD, with the University of Texas in San Antonio, the US Air Force School of Aerospace Medicine and a Fellow of the American Academy of Neurology. “The risk for decompression sickness among Air Force pilots has tripled from 2006, probably due to more frequent and longer periods of exposure for pilots. To date however, we have been unable to demonstrate any permanent clinical neurocognitive or memory decline.”

The study found that pilots had nearly four times the volume and three times the number of brain lesions as non-pilots. The results were the same whether or not the pilots had a history of symptoms of decompression sickness.

The research also found that while the lesions in non-pilots were mainly found in the frontal white matter, as occurs in normal aging, lesions in the pilots were evenly distributed throughout the brain.

“These results may be valuable in assessing risk for occupations that include high-altitude mountain climbing, deep sea diving and high-altitude flying,” McGuire said.

The study was supported by the United States Air Force Surgeon General.