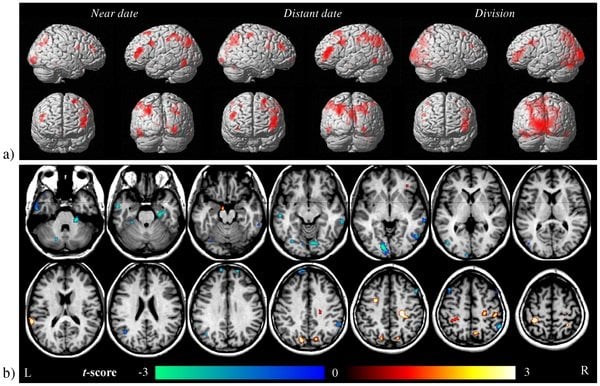 Maths Experts are “Made, Not Born”

A new study of the brain of a maths supremo supports Darwin’s belief that intellectual excellence is largely due to “zeal and hard work” rather than inherent ability.

University of Sussex neuroscientists took fMRI scans of champion ‘mental calculator’ Yusnier Viera during arithmetical tasks that were either familiar or unfamiliar to him and found that his brain did not behave in an extraordinary or unusual way.

The paper, published this week (23 September 2013) in PloS One, provides scientific evidence that some calculation abilities are a matter of practice. Co-author Dr Natasha Sigala says: “This is a message of hope for all of us. Experts are made, not born.”

Cuban-born Yusnier holds world records for being able to name the days of the week for any dates of the past 400 years, giving his answer in less than a second. This is the kind of ability sometimes found in those with autism, although Yusnier is not on the autistic spectrum. Unlike those with autism or the related condition Asperger’s, he is able to explain exactly how he calculates his answers – and even teaches his system and has written books on the subject.

The study, carried out at the Clinical Imaging Sciences Centre on the University of Sussex campus, suggests that Yusnier has honed his ability to create short cuts to his answers by storing information in the middle part of the brain specialised for long-term working memory (the hippocampus and surrounding cortex). This type of memory helps us carry out tasks in our area of expertise with speed and efficiency.

Although the left side of his brain was activated during mathematical problems – which is normal for all brains – the scientists observed that something slightly different happened when Yusnier was presented with unfamiliar problems.

The scans showed marked connectivity of the anterior parts of the brain (prefrontal cortex), which are involved in decision making, during the unfamiliar calculations. This supports Yusnier’s report that he was building in an extra step to his mental processes to turn an unfamiliar problem into a familiar one. His answers to the unfamiliar questions had an 80 per cent degree of accuracy (compared with more than 90 per cent for familiar questions) and his responses were slightly slower.

Dr Sigala explains: “Although this kind of ability is seen among some people with autism, it is much rarer in those not on that spectrum. Brain scans of those with autism tend to show a variety of activity patterns, and autistic people are not able to explain how they reach their answer.

“With Yusnier, however, it is clear that his expertise is a result of long-term practice – and motivation.”

She adds: “It was beyond the scope of our paper to discuss the debate on deliberate practice vs. innate ability. But our study does not provide evidence for specific innate ability for mental calculations. As put by Charles Darwin to Francis Galton: ‘ […] I have always maintained that, excepting fools, men did not differ much in intellect, only in zeal and hard work; I still think this an eminently important difference.’”