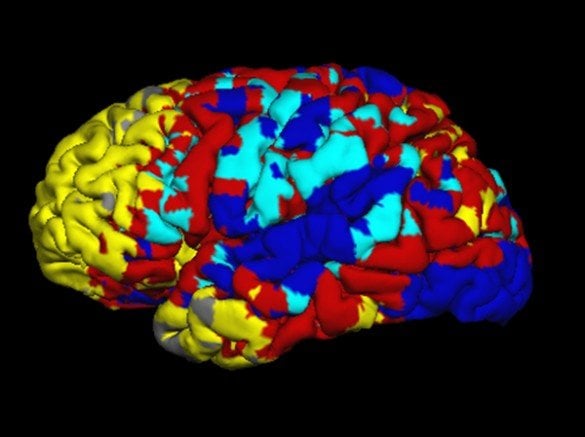 Kick back and shut your eyes. Now stop thinking.

You have just put your brain into what neuroscientists call its resting state. What the brain is doing when an individual is not focused on the outside world has become the focus of considerable research in recent years. One of the potential benefits of these studies could be definitive diagnoses of mental health disorders ranging from bipolar to post-traumatic stress disorders.

For the last decade, neuroscientists have been using the non-invasive brain-mapping technique functional called magnetic resonance imaging or fMRI to examine activity patterns in human and animal brains in the resting state in order to figure out how different parts of the brain are connected and to identify the changes that occur in neurological and psychiatric diseases. For example, there are indications that Alzheimer’s may be associated with decreased connectivity; depression with increased connectivity; epilepsy with disruptions in connectivity and Parkinson’s with alterations in connectivity.

A team of psychologists and imaging scientists at Vanderbilt has collaborated on a study that provides important corroboration of the validity of these studies by examining the relationship of the fMRI maps of resting state brain’s networks with the brain’s underlying anatomical and neurological structure. The study is published in the June 19 issue of the journal Neuron.

“Previous studies have suggested that resting state connectivity shown in brain scans is anchored by anatomical connectivity,” said co-senior author Anna Roe, professor of psychology. “But our study has confirmed this relationship at the single neuron level for the first time.”

That is important because fMRI doesn’t measure brain activity directly. It does so by measuring changes in blood-oxygen levels in different areas. The technique relies on the observation that when activity in an area of the brain increases, blood-oxygen levels in that region rise, which modulates the MRI signal. Neuroscientists have taken this a step further by assuming that different areas in the brain are connected if they show synchronized variations while the brain is in a resting state.

“This is an important validation,” said co-senior author John Gore, director of the Institute of Imaging Science at Vanderbilt and Hertha Ramsey Cress University Professor of Radiology and Radiological Sciences and Biomedical Engineering. “There has always been a sense of unease that we might be interpreting something incorrectly but this gives us confidence that resting state variations can be interpreted in a meaningful way and encourages us to continue the research we have been doing for a number of years. Resting state fMRI provides a uniquely powerful, non-invasive technology to look at the circuits in the human brain.”

To examine the relationship between fMRI scans, patterns of neuronal activity and anatomical structure of the brain, the researchers examined the region of the parietal lobe of squirrel monkeys devoted to monitoring touch sensations. Specifically, they looked at an area linked to the hand that consists of a series of adjacent areas each devoted to a different finger.

Using one of the strongest MRI machines available, with a field strength three to six times that of typical clinical scanners, the researchers produced brain scans that resolved millimeter-scale networks for the first time.

To compare these patterns to the actual electrical activity in the brains, the researchers inserted electrodes capable of recording the firing patterns of individual neurons. In addition, they used optical techniques to trace the anatomical connections between the neurons throughout the region.

“With all three techniques, we found the same pattern of connectivity. Connections coming from other areas in the brain tend to link to individual digits while connections that originate within the area tend to link to multiple digits,” said Roe. “Our results demonstrate that fMRI images of the resting state brain accurately reflect the brain’s anatomical and functional connectivity down to an extremely fine scale.”

Notes about this brain mapping and neuroimaging research