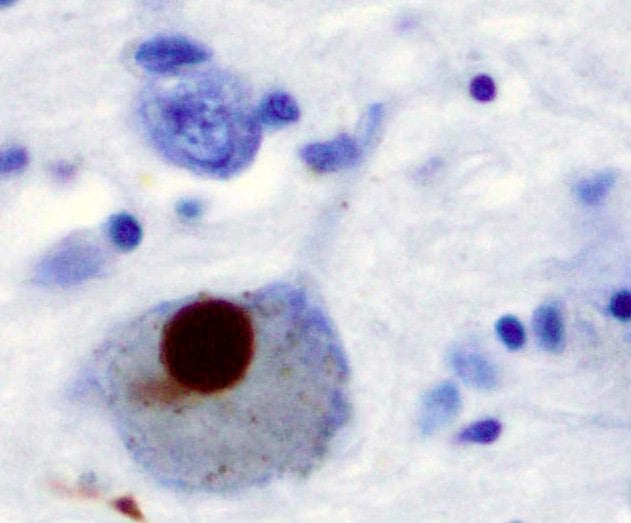 Researchers discover that an important clue to diagnosing Parkinson’s disease may lie just beneath the skin.

Although Parkinson’s disease is the second most prevalent neurodegenerative disorder in the U.S., there are no standard clinical tests available to identify this widespread condition. As a result, Parkinson’s disease often goes unrecognized until late in its progression, when the brain’s affected neurons have already been destroyed and telltale motor symptoms such as tremor and rigidity have already appeared.

Now researchers from Beth Israel Deaconess Medical Center (BIDMC) have discovered that an important clue to diagnosing Parkinson’s may lie just beneath the skin.

In a study scheduled to appear in the October 29 print issue of the journal Neurology and currently published on-line, the investigators report that elevated levels of a protein called alpha-synuclein can be detected in the skin of Parkinson’s patients, findings that offer a possible biomarker to enable clinicians to identify and diagnose PD before the disease has reached an advanced stage.

Parkinson’s disease affects more than 1 million individuals throughout the U.S. Diagnosis is currently made through neurological history and examination, often by a patient’s primary care physician.

“Even the experts are wrong in diagnosing Parkinson’s disease a large percentage of the time,” says senior author Roy Freeman, MD, Director of the Autonomic and Peripheral Nerve Laboratory at BIDMC and Professor of Neurology at Harvard Medical School. “A reliable biomarker could help doctors in more accurately diagnosing Parkinson’s disease at an earlier stage and thereby offer patients therapies before the disease has progressed.”

Alpha-synuclein is a protein found throughout the nervous system. Although its function is unknown, it is the primary component of protein clumps known as Lewy bodies, which are considered the hallmark of Parkinson’s disease. There is accumulating evidence that the protein plays a role in Parkinson’s disease development.

“Alpha-synuclein deposition occurs early in the course of Parkinson’s disease and precedes the onset of clinical symptoms,” explains Freeman, who with his coauthors suspected that the protein was elevated in the skin’s structures with autonomic innervation.

“Symptoms related to the autonomic nervous system, including changes in bowel function, temperature regulation, and blood pressure control may antedate motor symptoms in Parkinson’s patients,” he explains. “Skin-related autonomic manifestations, including excessive and diminished sweating and changes in skin color and temperature, occur in almost two-thirds of patients with Parkinson’s disease. The skin can provide an accessible window to the nervous system and based on these clinical observations, we decided to test whether examination of the nerves in a skin biopsy could be used to identify a PD biomarker.”

To test this hypothesis, the research team enrolled 20 patients with Parkinson’s disease and 14 control subjects of similar age and gender. The participants underwent examinations, autonomic testing and skin biopsies in three locations on the leg. Alpha-synuclein deposition and density of cutaneous sensory, sudomotor and pilomotor nerve fibers were measured.

As predicted, their results showed that alpha-synuclein was increased in the cutaneous nerves supplying the sweat glands and pilomotor muscles in the Parkinson’s patients. Higher alpha-synuclein deposition in the nerves supplying the skin’s autonomic structures was associated with more advanced Parkinson’s disease and worsening autonomic function.

AI Can Calculate Personalized Risk of Having Another Stroke

Notes about this neurodegeneration and Parkinson’s disease research

This study was supported by National Institutes of Health grant K23NS020509 and grants from the Langer Family Foundation and the RJG Foundation.