Mundane Behavioral Decisions, Actions Can Be ‘Misremembered’ as Done 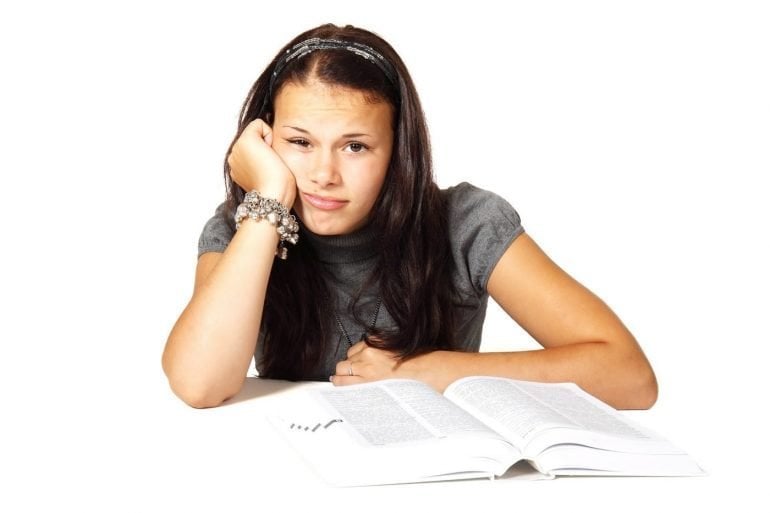 Mundane behaviors that are repeated over time and occur in the context of many other similar behaviors can lead people to conflate intentions and behaviors and create false memories of completing the task. Image is credited to University of Illinois.

Summary: Mundane behaviors repeated over time, and occur in the context of other similar behaviors can lead to conflated intentions, which cause false memories of completing the task.

There’s a reason why people often forget to take a daily medication or respond to that email they’ve been meaning to send, and it can be chalked up to the gulf between intention and actually completing an action, according to new research co-written by a University of Illinois at Urbana-Champaign expert who studies social psychology.

Mundane behaviors that are repeated over time and occur in the context of many other similar behaviors can lead people to conflate intentions and behaviors and create false memories of completing the task, said Dolores Albarracin, a professor of psychology and marketing at Illinois and the director of the Social Action Lab.

“Intentions and making plans typically improve task execution. We need them to function in society, to realize our goals and to get along with others,” she said. “But when we form an intention in the moment such as ‘I’m going to sign that form now,’ and it’s an activity we routinely perform, we want to complete the task when we form the intention. Otherwise, we don’t actually sign the form. And the reason why is because the thought of wanting to sign the form can be misremembered as actually having signed it, in which case we’d be better off not having formed the intention to sign the form in the first place.”

Across five studies, Albarracin and her co-authors investigated the previously unrecognized phenomenon of remembering having enacted a mundane behavioral decision when one only intended to do so, as well as its psychological mechanisms.

“Our aim was to develop a lab-analog procedure entailing relatively simple, repetitive and similar behavioral decisions to create the conditions hypothesized to produce high levels of error,” Albarracin said.

Participants chose job candidates and either acted on the decision to hire them, generated an intention to hire them later or made a judgment that was irrelevant to the behavior.

Following a delay, participants were asked to report whether they had acted on the decision or simply intended to do so for each person they had seen.

“The methodology was carefully crafted to produce the necessary high level of errors we were studying, to keep irrelevant characteristics constant across conditions, and to systematically manipulate enactment versus intention,” said Albarracin, also a professor of business administration at Illinois. “If intentions play a causal role in producing misreports of behavior, misreports should be more common in the intention than the control condition.”

The first two experiments showed misreports and subsequent performance errors even when controlling for guessing. Experiments three and four demonstrated greater confusion when the physical involvement and mental criteria for intention and behavior were similar. And the fifth experiment indicated that monitoring whether one has acted on a decision is highly effective at reducing errors and more effective than monitoring intention.

“Our results highlight that behaviors will look to be more consistent with intentions when the behavior is routine,” she said. “The finding implies we should be more aware of the potential for error in these similarly trivial behaviors.”

The paper has implications for health care settings and any other situation where self-reporting of following through on an action is critical, Albarracin said.

“The fulfillment of routine, repeated behaviors can have meaningful consequences, and are part of, if not central to, many practical contexts,” Albarracin said. “More generally, understanding the complexity of the intention-behavior link and the possible unexpected effects of intention formation is essential to promote beneficial behaviors in many domains, ranging from financial decisions to a person’s health.”

Albarracin’s co-authors are Christopher Jones, Kathleen C. McCulloch and Aashna Sunderrajan, all of the University of Illinois at Urbana-Champaign.

Original Research: Closed access
“The Role of Defensive Confidence in Preference for Proattitudinal Information: How Believing That One Is Strong Can Sometimes Be a Defensive Weakness”. by Dolores Albarracín, Amy L. Mitchell. Personality and Social Psychology Bulletin

The Role of Defensive Confidence in Preference for Proattitudinal Information: How Believing That One Is Strong Can Sometimes Be a Defensive Weakness

This series of studies identified individuals who chronically believe that they can successfully defend their attitudes from external attack and investigated the consequences of this individual difference for selective exposure to attitude-incongruent information and, ultimately, attitude change. Studies 1 and 2 validated a measure of defensive confidence as an individual difference that is unidimensional, distinct from other personality measures, reliable over a 2-week interval, and organized as a trait that generalizes across various personal and social issues. Studies 3 and 4 provided evidence that defensive confidence decreases preference for proattitudinal information, therefore inducing greater reception of counterattitudinal materials. Study 5 demonstrated that people who are high in defensive confidence are more likely to change their attitudes as a result of exposure to counterattitudinal information and examined the perceptions that mediate this important phenomenon.