New research published today in JAMA Psychiatry shows for the first time that patients with mood and anxiety disorders share the same abnormalities in regions of the brain involved in emotional and cognitive control.

The findings hold promise for the development of new treatments targeting these regions of the brain in patients with major depressive disorder, bipolar disorder, posttraumatic stress disorder, and anxiety disorders.

“These brain imaging findings provide a science-based explanation as to why patients with mood and anxiety disorders seem to be ‘locked in’ to negative mood states,” said Dr. Sophia Frangou, the study’s senior author and a psychiatry professor at UBC. “They also corroborate the patients’ experience of being unable to stop and switch away from negative thoughts and feelings.”

Mood and anxiety disorders account for nearly 65 percent of psychosocial disability worldwide and represent a major public health challenge. In Canada, one in three — or approximately 9.1 million people — will be affected by mental illness during their lifetime, according to Statistics Canada. The defining symptoms of these disorders are persistent or recurring negative feelings, mainly depression and anxiety.

Frangou, who recently joined UBC as the President’s Excellence Chair in Brain Health at UBC’s Djavad Mowafaghian Centre for Brain Health, started this research as head of the research team at the Icahn School of Medicine at Mount Sinai, New York.

For the study, Frangou and her research team analyzed more than 9,000 brain scans from previous published studies that compared the brain activity of healthy adults to those diagnosed with a mood or anxiety disorder, ranging from major depression to post-traumatic stress disorder.

They found that patients exhibited abnormally low activity in the inferior prefrontal and parietal cortex, the insula and the putamen–regions that are key parts of the brain circuit for emotional and cognitive control and are responsible for stopping ongoing mental activities and switching to new ones. They also discovered hyperactivity in the anterior cingulate cortex, the left amygdala and the thalamus, which work together to process emotional thoughts and feelings. 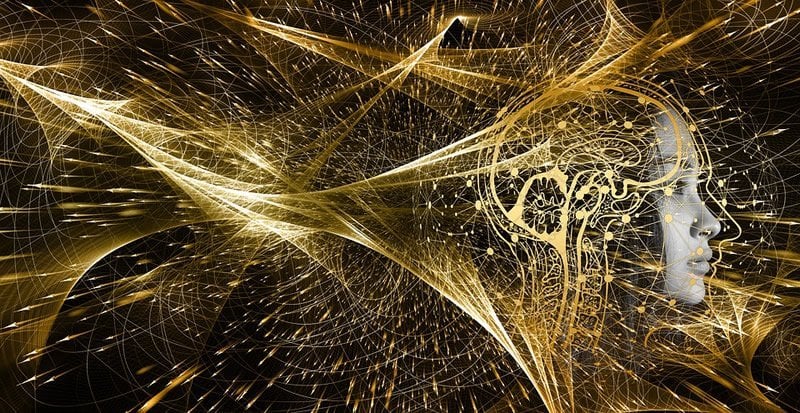 The findings hold promise for the development of new treatments targeting these regions of the brain in patients with major depressive disorder, bipolar disorder, posttraumatic stress disorder, and anxiety disorders. The image is in the public domain.

Following her move to UBC, Frangou plans to pursue further research to leverage these findings toward more targeted interventions, such as non-invasive simulation of specific regions of the brain, that could improve outcomes for those living with mood and anxiety disorders.

The study is believed to be the largest analysis of brain scans of patients with mood and anxiety disorders to date. It was funded by the National Institute of Mental Health in the U.S., German research funding organization Deutsche Forschungsgemeinschaft, and the European Union’s Horizon 2020 Research and Innovation Programme.

Importance
Major depressive disorder, bipolar disorder, posttraumatic stress disorder, and anxiety disorders are highly comorbid and have shared clinical features. It is not yet known whether their clinical overlap is reflected at the neurobiological level.

Data Extraction and Synthesis
Coordinates of case-control differences coded by diagnosis and by cognitive domain based on the research domain criteria were analyzed using activation likelihood estimation.

Main Outcomes and Measures
Identification of transdiagnostic clusters of aberrant activation and quantification of the contribution of diagnosis and cognitive domain to each cluster.

Results
A total of 367 experiments (major depressive disorder, 149; bipolar disorder, 103; posttraumatic stress disorder, 55; and anxiety disorders, 60) were included comprising observations from 4507 patients and 4755 control individuals. Three right-sided clusters of hypoactivation were identified centered in the inferior prefrontal cortex/insula (volume, 2120 mm3), the inferior parietal lobule (volume, 1224 mm3), and the putamen (volume, 888 mm3); diagnostic differences were noted only in the putamen (χ23 = 8.66; P = .03), where hypoactivation was more likely in bipolar disorder (percentage contribution = 72.17%). Tasks associated with cognitive systems made the largest contribution to each cluster (percentage contributions >29%). Clusters of hyperactivation could only be detected using a less stringent threshold. These were centered in the perigenual/dorsal anterior cingulate cortex (volume, 2208 mm3), the left amygdala/parahippocampal gyrus (volume, 2008 mm3), and the left thalamus (volume, 1904 mm3). No diagnostic differences were observed (χ23 < 3.06; P > .38), while tasks associated with negative valence systems made the largest contribution to each cluster (percentage contributions >49%). All findings were robust to the moderator effects of age, sex, and magnetic field strength of the scanner and medication.

Conclusions and Relevance
In mood disorders, posttraumatic stress disorder, and anxiety disorders, the most consistent transdiagnostic abnormalities in task-related brain activity converge in regions that are primarily associated with inhibitory control and salience processing. Targeting these shared neural phenotypes could potentially mitigate the risk of affective morbidity in the general population and improve outcomes in clinical populations.