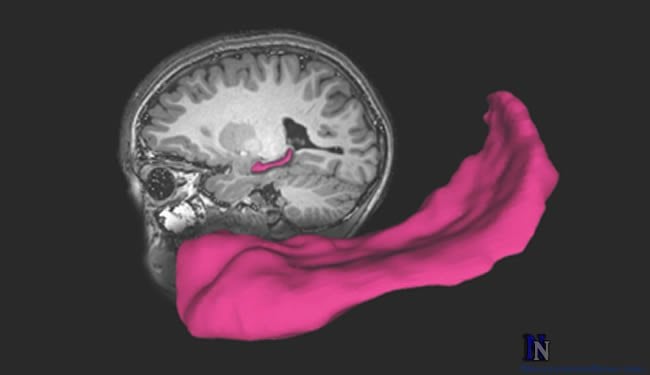 School-age children whose mothers nurtured them early in life have brains with a larger hippocampus, a key structure important to learning, memory and response to stress.

The new research, by child psychiatrists and neuroscientists at Washington University School of Medicine in St. Louis, is the first to show that changes in this critical region of children’s brain anatomy are linked to a mother’s nurturing.

Their research is published online in the Proceedings of the National Academy of Sciences Early Edition.

“This study validates something that seems to be intuitive, which is just how important nurturing parents are to creating adaptive human beings,” says lead author Joan L. Luby, MD, professor of child psychiatry. “I think the public health implications suggest that we should pay more attention to parents’ nurturing, and we should do what we can as a society to foster these skills because clearly nurturing has a very, very big impact on later development.”

As part of the initial study, the children were closely observed and videotaped interacting with a parent, almost always a mother, as the parent was completing a required task, and the child was asked to wait to open an attractive gift. How much or how little the parent was able to support and nurture the child in this stressful circumstance — which was designed to approximate the stresses of daily parenting — was evaluated by raters who knew nothing about the child’s health or the parent’s temperament.

“It’s very objective,” Luby says. “Whether a parent was considered a nurturer was not based on that parent’s own self-assessment. Rather, it was based on their behavior and the extent to which they nurtured their child under these challenging conditions.”

The study didn’t observe parents and children in their homes or repeat stressful exercises, but other studies of child development have used similar methods as valid measurements of whether parents tend to be nurturers when they interact with their children.

For the current study, the researchers conducted brain scans on 92 of the children who had had symptoms of depression or were mentally healthy when they were studied as preschoolers. The imaging revealed that children without depression who had been nurtured had a hippocampus almost 10 percent larger than children whose mothers were not as nurturing.

“For years studies have underscored the importance of an early, nurturing environment for good, healthy outcomes for children,” Luby says. “But most of those studies have looked at psychosocial factors or school performance. This study, to my knowledge, is the first that actually shows an anatomical change in the brain, which really provides validation for the very large body of early childhood development literature that had been highlighting the importance of early parenting and nurturing. Having a hippocampus that’s almost 10 percent larger just provides concrete evidence of nurturing’s powerful effect.”

Luby says the smaller volumes in depressed children might be expected because studies in adults have shown the same results. What did surprise her was that nurturing made such a big difference in mentally healthy children.

“We found a very strong relationship between maternal nurturing and the size of the hippocampus in the healthy children,” she says.

Although 95 percent of the parents whose nurturing skills were evaluated during the earlier study were biological mothers, the researchers say that the effects of nurturing on the brain are likely to be the same for any primary caregiver — whether they are fathers, grandparents or adoptive parents.

The fact that the researchers found a larger hippocampus in the healthy children who were nurtured is striking, Luby says, because the hippocampus is such an important brain structure.

When the body faces stresses, the brain activates the autonomic nervous system, an involuntary system of nerves that controls the release of stress hormones. Those hormones help us cope with stress by increasing the heart rate and helping the body adapt. The hippocampus is the main brain structure involved in that response. It’s also key in learning and memory, and larger volumes would suggest a link to improved performance in school, among other things.

Past animal studies have indicated that a nurturing mother can influence brain development, and many studies in human children have identified improvements in school performance and healthier development in children raised in a nurturing environment. But until now, there has not been solid evidence linking a nurturing parent to changes in brain anatomy in children.

“Studies in rats have shown that maternal nurturance, specifically in the form of licking, produces changes in genes that then produce changes in receptors that increase the size of the hippocampus,” Luby says. “That phenomenon has been replicated in primates, but it hasn’t really been clear whether the same thing happens in humans. Our study suggests a clear link between nurturing and the size of the hippocampus.”

“Parents should be taught how to nurture and support their children,” Luby says. “Those are very important elements in healthy development.”