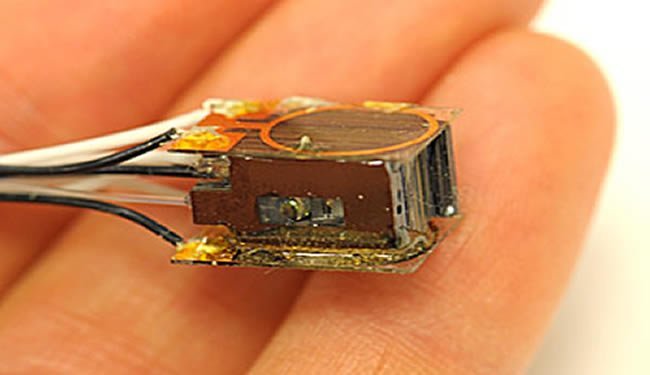 Experiments reported this week in Biomedical Optics Express verify the sensor’s potential for biomedical applications such as studying mental processes and advancing the understanding of neurological diseases.

NIST and German scientists used the NIST sensor to measure alpha waves in the brain associated with a person opening and closing their eyes as well as signals resulting from stimulation of the hand. The measurements were verified by comparing them with signals recorded by a SQUID (superconducting quantum interference device). SQUIDs are the world’s most sensitive commercially available magnetometers and are considered the “gold standard” for such experiments. The NIST mini-sensor is slightly less sensitive now but has the potential for comparable performance while offering potential advantages in size, portability and cost.

The study results indicate the NIST mini-sensor may be useful in magnetoencephalography (MEG), a noninvasive procedure that measures the magnetic fields produced by electrical activity in the brain. MEG is used for basic research on perceptual and cognitive processes in healthy subjects as well as screening of visual perception in newborns and mapping brain activity prior to surgery to remove tumors or treat epilepsy. MEG also might be useful in brain-computer interfaces.

MEG currently relies on SQUID arrays mounted in heavy helmet-shaped flasks containing cryogenic coolants because SQUIDs work best at 4 degrees above absolute zero, or minus 269 degrees Celsius. The chip-scale NIST sensor is about the size of a sugar cube and operates at room temperature, so it might enable lightweight and flexible MEG helmets. It also would be less expensive to mass produce than typical atomic magnetometers, which are larger and more difficult to fabricate and assemble.

“We’re focusing on making the sensors small, getting them close to the signal source, and making them manufacturable and ultimately low in cost,” says NIST co-author Svenja Knappe. “By making an inexpensive system you could have one in every hospital to test for traumatic brain injuries and one for every football team.”

The mini-sensor consists of a container of about 100 billion rubidium atoms in a gas, a low-power infrared laser and fiber optics for detecting the light signals that register magnetic field strength—the atoms absorb more light as the magnetic field increases. The sensor has been improved since it was used to measure human heart activity in 2010. NIST scientists redesigned the heaters that vaporize the atoms and switched to a different type of optical fiber to enhance signal clarity.

The brain experiments were carried out in a magnetically shielded facility at the Physikalisch Technische Bundesanstalt (PTB) in Berlin, Germany, which has an ongoing program in biomagnetic imaging using human subjects. The NIST sensor measured magnetic signals of about 1 picotesla (trillionths of a tesla). For comparison, the Earth’s magnetic field is 50 million times stronger (at 50 millionths of a tesla). NIST scientists expect to boost the mini-sensor’s performance about tenfold by increasing the amount of light detected. Calculations suggest an enhanced sensor could match the sensitivity of SQUIDS. NIST scientists are also working on a preliminary multi-sensor magnetic imaging system in a prelude to testing clinically relevant applications.