When Wandering Minds Are Just Fine

Summary: Contrary to popular belief, researchers report allowing your mind to wander in some situations does not result in failure of executive control or a dysfunctional cognitive state. People are able to strategically allow their minds to wander without impacting performance on a task.

It’s a common experience for most students. You’re sitting in a lecture that covers material you already know, and before long your mind drifts and you become occupied with thoughts of what you’ll do over the weekend, or what you should make for dinner, or whether you should ask out the person sitting in the front row.

While most of the psychological literature has painted such mind wandering as a detrimental “failure of executive control” or a “dysfunctional cognitive state,” a new study led by Paul Seli, a Banting Postdoctoral Fellow working in the lab of Dan Schacter, suggests that in some cases there’s no harm in allowing the mind to wander.

The first-of-its-kind study showed that, when performing a task that didn’t demand constant attention, people were able to strategically allow their minds to wander without an impact on task performance. The study is described in a paper published in Psychological Science.

“To date, the vast majority of tasks used in the literature on mind wandering have been very attentionally demanding,” Seli said. “The problem is that, if people want to perform well on such tasks, they’re required to constantly focus their attention … because they can’t predict when there’s going to be a critical event or a target to which they have to respond.”

As an example, Seli cited studies that have used a now-common sustained-attention task for which the participants had to press a button each time they saw certain numbers on a screen (like the digits 1‒2 and 4‒9) and to withhold responding to a target digit (say, the digit 3).

“Because the series of digits is randomly presented, people don’t know when the 3 is going to be presented,” he said. “So if they want to perform well on the task, they must constantly pay attention to all the digits, because any one of them could be a target.

“But as I thought about this, it occurred to me that many of the tasks we perform in daily life are quite different from these sorts of tasks, since they don’t constantly demand our attention.” He continued, “For instance, I can be in the midst of writing an email, then take a mind-wandering break, then return to the email without impairing the quality of that email. Or I can ride my bike to the grocery store without having to constantly think about navigating my way there.”

To explore whether it was possible for people to mind wander strategically, Seli designed a new kind of task for participants.

“What they see is an analog clock face with a hand that ticks once every second and makes a full revolution around the clock’s face every 20 seconds,” he said. “Their task is to press the spacebar when the hand is pointed at 12 o’clock. Our hypothesis was that, after each critical event [when the hand was pointed at 12 o’clock] participants would realize that they didn’t need to be focused on the task for another 20 or so seconds, so they should strategically increase their rates of mind wandering, since they could afford to do so without incurring any performance costs.”

What’s more is that in analyzing participants’ accuracy on the clock task, how much their minds wandered did not affect how well they performed on the task, although Seli and colleagues found variation in how much or little people mind wandered throughout the task.

While the study offers evidence that people can, in fact, strategically mind wander without incurring costs, Seli said it also raises interesting questions about how universal that ability may be.

“One broad question I’m interested in exploring is whether people differ in their ability to strategically modulate their mind wandering,” he said. “For instance, an open question is whether older adults are capable of this more calculated type of mind wandering. And what about people with relatively low levels of cognitive control, such as those with low working-memory capacities, or those suffering from attention-deficit hyperactivity disorder?”

Ultimately, Seli said, the study points to the need for context when it comes to understanding and evaluating the risks associated with mind wandering. 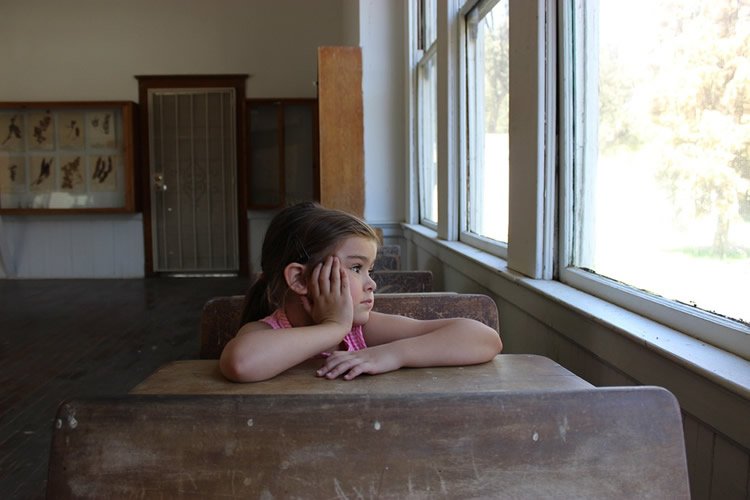 The first-of-its-kind study showed that, when performing a task that didn’t demand constant attention, people were able to strategically allow their minds to wander without an impact on task performance. NeuroscienceNews.com image is in the public domain.

“If you’re completing a task that affords you the opportunity to mind wander, like writing an email or riding a bicycle … then mind wandering is likely not going to hurt your performance, and it may even be functional insofar as it might allow you to engage in beneficial processes such as problem-solving or creative thinking,” he said. “But there are certainly some attentionally demanding tasks, like those performed by air-traffic controllers or train operators, for which we don’t want to be advising people to just go ahead and mind wander.

“The vast majority of research has painted a rather bleak picture of mind wandering because much of this research has used tasks that constantly demand people’s attention.” He continued, “Of course, if people are completing a task that constantly demands their attention, then by definition mind wandering during that task is going to hurt their performance. And this is a finding that we’ve seen time and time again in the literature.

“But the problem, I think, is that the deck has been stacked against mind wandering. The common finding that mind wandering is a detrimental state appears to be an artifact of the attentionally demanding tasks we’ve been using. So there remains the possibility that, at least during certain tasks that afford people the opportunity to mind wander strategically, engaging in such mind wandering may be quite functional. And since we know that people spend a considerable portion of their lives engaged in mind wandering, such a finding would be very welcomed silver lining.”

On the Clock: Evidence for the Rapid and Strategic Modulation of Mind Wandering

We examined the hypothesis that people can modulate their mind wandering on the basis of their expectations of upcoming challenges in a task. To this end, we developed a novel paradigm in which participants were presented with an analog clock, via a computer monitor, and asked to push a button every time the clock’s hand was pointed at 12:00. Importantly, the time at which the clock’s hand was pointed at 12:00 was completely predictable and occurred at 20-s intervals. During some of the 20-s intervals, we presented thought probes to index participants’ rates of mind wandering. Results indicated that participants decreased their levels of mind wandering as they approached the predictable upcoming target. Critically, these results suggest that people can and do modulate their mind wandering in anticipation of changes in task demands.