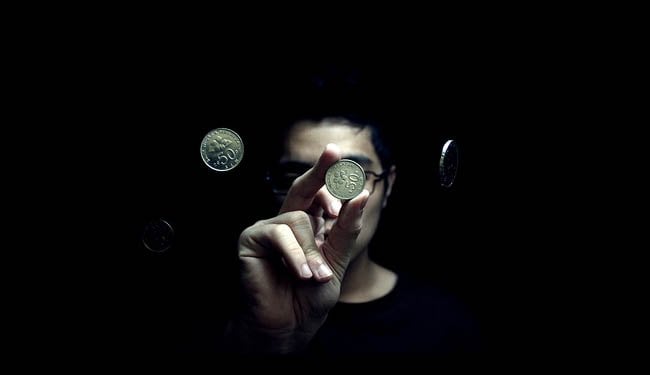 Barrow researchers use magic for discoveries

Researchers at Barrow Neurological Institute at St. Joseph’s Hospital and Medical Center have unveiled how and why the public perceives some magic tricks in recent studies that could have real-world implications in military tactics, marketing and sports.

Susana Martinez-Conde, PhD, of Barrow’s Laboratory of Visual Neuroscience, and Stephen Macknik, PhD, of Barrow’s Laboratory of Behavioral Neurophysiology are well known for their research into magic and illusions. Their most recent original research projects, published in Frontiers in Human Neuroscience, offer additional insight into perception and cognition.

One of the studies was initiated by professional magician Apollo Robbins, who believed that audience members directed their attention differently depending on the type of hand motion used. Robbins believed that if he moved his hand in a straight line while performing a trick the audience would focus on the beginning and end points of the motion, but not in between. In contrast, he believed if he moved his hand in a curved motion the audience would follow his hand’s trajectory from beginning to end.

“Not only is this discovery important for magicians, but the knowledge that curved motion attracts attention differently from straight motion could have wide-reaching implications, for example, in predator-prey evasion techniques in the natural world, military tactics, sports strategies and marketing,” says Martinez-Conde. This finding is believed to be the first discovery in the neuroscientific literature initiated by a magician, rather than a scientist.

In another study, the researchers worked with professional magician Mac King to investigate magicians’ use of social cues, like the position of their gaze, to misdirect observers.

They studied a popular coin-vanishing trick, in which King tosses a coin up and down in his right hand before “tossing” it to his left hand, where it subsequently disappears. In reality, the magician only simulates tossing the coin to the left hand, an implied motion that essentially tricks the neurons into responding as they would have if the coin had actually been thrown.

“We wondered if the observer’s perception of magic was going to be different if they could see the magician’s head and eye position. To our surprise, it didn’t matter,” says Martinez-Conde. “This indicates that social misdirection in magic is more complicated than previously believed, and not necessary for the perception of all magic tricks.”

About this neuroscience article

The Barrow researchers, who wrote the international bestseller “Sleights of Mind: What the Neuroscience of Magic Reveals About Everyday Deceptions,” believe that projects initiated by magicians offer valuable insight into their field of study. Adds Martinez-Conde, “this research exemplifies how the observation-based behavioral insights developed by magicians are worthy of quantitative investigation in the neuroscience laboratory.”