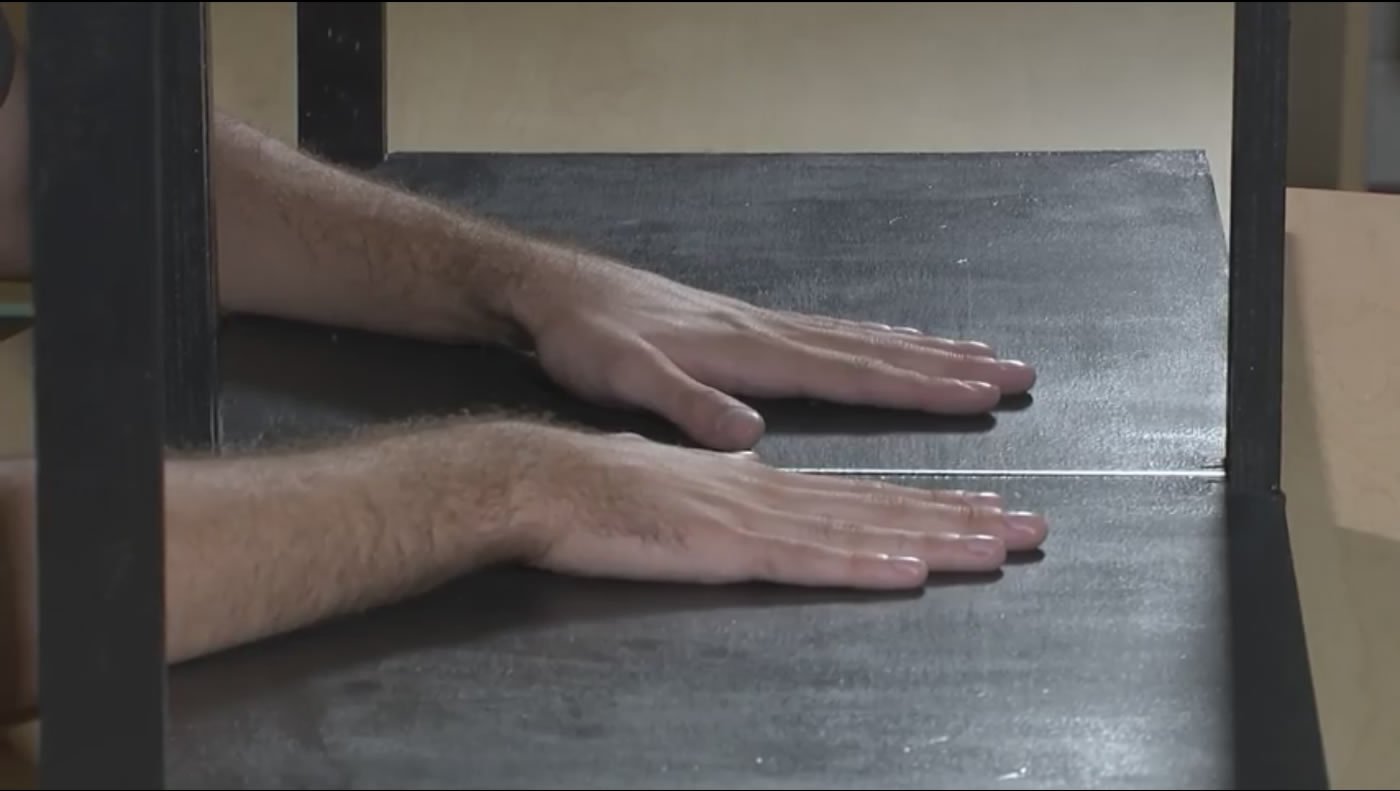 This classic “mirror box” illusion has been used in a number of neuroscience studies, including with amputees as a possible therapy to alleviate phantom limb pain, where it may help the brain re-map and adapt to a missing limb. NeuroscienceNews.com image is adapted from the University of Delaware video.

Summary: Researchers have developed a new version of the classic Mirror Box Illusion to help better understand how the brain processes multiple sensory inputs to perceive our bodies and environment.

Tricks and illusions, once the domain of magicians, are helping scientists unveil how the brain works.

Here’s one you can try using a tabletop mirror. Place your left hand on the table in front of the mirror’s reflective surface and your right hand behind the mirror, about six inches away, where you can’t see it. Now tap the table surface with both hands while looking at your reflection. Within a minute, you’ll feel as though the hand you see reflected in the mirror is your right hand and it’s right next to the mirror—even though the hidden hand did not move.

This classic “mirror box” illusion has been used in a number of neuroscience studies, including with amputees as a possible therapy to alleviate phantom limb pain, where it may help the brain re-map and adapt to a missing limb.

Now, a new version of the mirror box illusion, developed by University of Delaware brain scientist Jared Medina and doctoral student Yuqi Liu, is pulling back more of the curtain on how the brain processes multiple sensory inputs to perceive our bodies and the world around us. Their study, which is supported by the National Science Foundation, appears in Scientific Reports, a multidisciplinary, open access journal from the publishers of Nature.

In their novel illusion, study participants placed their hands in opposite postures (one hand palm-up, the other palm-down), creating a conflict between visual and proprioceptive feedback for the hand behind the mirror. Proprioception is your so-called “sixth sense,” the sense of where your body is in space, that comes from your muscles and joints. It’s the sense that allows you to touch your nose with confidence even with your eyes closed.

After synchronous opening and closing of the two hands, the study participants felt that the hand behind the mirror rotated or completely flipped to match the hand reflection.

“All of a sudden during our experiments, you’d hear a little laugh of surprise when people experienced this neat sensation of feeling like their hand flipped, even though it did not move,” Medina said.

Resolving battle of the senses

The illusion’s effectiveness was influenced by the perceived difficulty of moving the hidden hand to the position viewed in the mirror. Less illusion occurred for more difficult rotations requiring more strain. Such biomechanical data, Medina said, is coded in the body schema, a representation of your body position in space that takes into account feedback from all the relevant senses, plus stored information from muscles and joints about what your body can and can’t do.

According to Medina, the brain does “optimal integration” of incoming sensory information and then sorts out what the most reliable sense is.

“Vision is really precise,” Medina said, “but proprioception—the sense of where your body is in space—is noisier. So if there is a conflict between these senses, and vision is telling you that your hand is right there, but proprioception says it isn’t, your brain is optimally calculating. Vision, because it is more precise, typically rules. However, in our study, the brain also appears to be considering additional information—biomechanical constraints from the body schema—in resolving this conflict between the senses.”

Medina and his students are now using functional magnetic resonance imaging (fMRI) in UD’s Center for Biomedical and Brain Imaging to further uncover how the brain calculates and integrates the vast inputs it receives from all the senses. This sophisticated tool can illuminate which regions of the brain are at work when performing a task. A better understanding of such brain processing could help advance new treatments for patients with brain injuries such as strokes, chronic pain and other disorders, and for developing artificial limbs that feel like a part of the body.

Clues to Brain Health May Lie in the Gut

“How do you embody an artificial limb? It has to respect the laws of the body you’ve learned all your life,” Medina noted. “It’s quite important to figure out how the brain solves the problem of multisensory information, and how that relates to embodiment and our sense of self. These cool tricks and illusions are a path to understanding how the mind works.”

Influence of the Body Schema on Multisensory Integration: Evidence from the Mirror Box Illusion