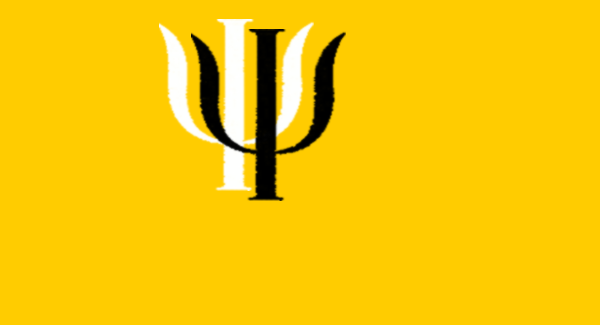 Language is Shaped by Brain’s Desire for Clarity and Ease

Cognitive scientists have good news for linguistic purists terrified about the corruption of their mother tongue.

Using an artificial language in a carefully controlled laboratory experiment, a team from the University of Rochester and Georgetown University has found that many changes to language are simply the brain’s way of ensuring that communication is as precise and concise as possible.

“Our research shows that humans choose to reshape language when the structure is either overly redundant or confusing,” says T. Florian Jaeger, the Wilmot Assistant Professor of the Sciences at Rochester and co-author of a study published in the Proceedings of the National Academy of Sciences Oct. 15. “This study suggests that we prefer languages that on average convey information efficiently, striking a balance between effort and clarity.”

The brain’s tendency toward efficient communication may also be an underlying reason that many human languages are structurally similar, says lead author Maryia Fedzechkina, a doctoral candidate at Rochester. Over and over, linguists have identified nearly identical grammatical conventions in seemingly unrelated languages scattered throughout the globe. For decades, linguists have debated the meaning of such similarities: are recurrent structures artifacts of distant common origins, are they simply random accidents, or do they reflect fundamental aspects of human cognition?

This study supports the latter, says co-author Elissa L. Newport, professor of neurology and director of the Center for Brain Plasticity and Recovery at Georgetown, and the former George Eastman Professor of Brain and Cognitive Sciences at Rochester. “The bias language learners have toward efficiency and clarity acts as a filter as languages are transmitted from one generation of learners to another,” she says. Alterations to language are introduced through many avenues, including the influence of other languages and changes in accents or pronunciation. “But this research finds that learners shift the language in ways that make it better – easier to use and more suitable for communication,” says Newport. That process also leads to the recurrent patterns across languages.

To observe the language acquisition process, the team created two miniature artificial languages that use suffixes on nouns to indicate subject or object. These “case markers” are common to Spanish, Russian, and other languages, but not English. In two experiments, 40 undergraduates, whose only language was English, learned the eight verbs, 15 nouns, and grammatical structure of the artificial languages. The training was spaced over four 45-minute sessions and consisted of computer images, short animated clips, and audio recordings. Then participants were asked to describe a novel action clip using their newly learned language.

When faced with sentence constructions that could be confusing or ambiguous, the language learners in both experiments chose to alter the rules of the language they were taught in order to make their meaning clearer. They used case markers more often when the meaning of the subject and object might otherwise have caused unintended interpretations. So for example, a sentence like “Man hits wall,” is typical because the subject is a person and the object is a thing. But the sentence “Wall hits man,” as when a wall falls on top of a man, is atypical and confusing since the subject is a thing and the object is a person.

The results, write the authors, provide evidence that humans seek a balance between clarity and ease. Participants could have chosen to be maximally clear by always providing the case markers. Alternatively, they could have chosen to be maximally succinct by never providing the case markers. They did neither. Instead, they provided case-markers more often for those sentences that would otherwise have been more likely to be confused.

The history of English itself might reflect these deep principles of how we learn language, says Jaeger. Old English had cases and relatively free word order, as is still true for German. But at some point pronunciation changes began to obscure the case endings, creating ambiguity. In contemporary English, word order has become the primary signal by which speakers could decode the meaning, he says.

“Language acquisition can repair changes in languages to insure they don’t undermine communication,” says Fedzechkina. In light of these findings, new generations can perhaps be seen as renewing language, rather than corrupting it, she adds.

By the same token, says Jaeger, many elements of informal speech can be interpreted as rising from the brain’s bias toward efficiency. “When people turn ‘automobile’ into ‘auto,’ use informal contractions, swallow syllables, or take other linguistic shortcuts, the same principles are at work,” he says. Recent research has shown that these types of shortcuts appear only when their meaning is easily inferable from the context, he adds.

Notes about this language research