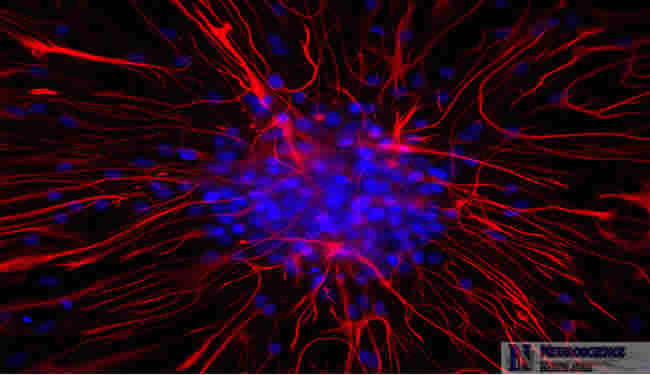 New memory research suggests that lactate and astrocytes have more important roles in long-term memory formation than previously thought by many.

Researchers injected rat brains with amnesiac compounds that block the breakdown of glycogen and prevented learning-dependent lactate release. Other rats were injected with the same compounds in addition to lactate.  Inhibitory avoidance learning paradigms were used to test the memory of the rats.

Further studies by the researchers showed that similar results were not seen when  glucose was used in place of the lactate in the experiments.

The press release describing the research only discusses the use of inhibitory avoidance learning in rats as the means to test long-term memory. Further experiments including ones using various learning and memory paradigms as well as ones not relying on fear conditioning will be needed to help support the claims from this latest press release.

The research does provide more evidence to support the often overlooked astrocytes’ roles in cognitive functions beyond merely structural support and buffering of chemicals. It also exposes lactate as a possible target for further research into treating cognitive deficits such as learning and memory impairment.

Further details explaining the possible mechanisms and roles of astrocytes and lactate are provided in the press release below.

Researchers from Mount Sinai School of Medicine have found that lactate, a type of energy fuel in the brain, plays a critical role in the formation of long-term memory. These findings have important implications for common illnesses like Alzheimer’s disease, other neurodegenerative disorders, aging-related memory impairment and diabetes. The research is published in the March 4th issue of the journal Cell.

The study is the first to closely evaluate the role of lactate and the effect of its transport from astrocytes—a subtype of brain cells—to neurons in long-term memory in mammals, said lead researcher Cristina Alberini, PhD, Professor of Neuroscience at Mount Sinai School of Medicine. “Little is known about the role of astrocytes in cognitive functions. The results further prove that astrocytes are much more actively involved in memory formation than previously thought, and that lactate is a promising target for investigating novel mechanisms that may be the cause of deficits of long-term memories.” The data have potential significant implications in understanding and treating diseases like Alzheimer’s, dementia, and diabetes, she said.

Researchers historically have believed that the brain cells called astrocytes only played a supportive role to neurons and had no major roles in higher brain functions. As a result, research on the development of long-term memory has largely focused on neurons. However, in recent years, data have shown that astrocytes are more involved than previously thought. Working with this evidence, Dr. Alberini and her team found that lactate released by astrocytes has a critical function in long-term memory development.

Astrocytes but not neurons contain glycogen, the storage form of glucose. Dr. Alberini’s research supports a previous hypothesis that lactate produced by astrocytes provides fuel to neurons, and shows that lactate in the brain is elevated during long-term memory formation.

The researchers injected into the brains of rats an amnesic compound that blocks glycogenolysis (the breakdown of glycogen), and prevented the learning-dependent release of lactate. They did this both before and after “inhibitory avoidance learning,” in which the rats learn to avoid a place where they previously had an unpleasant experience. They also injected some rats with both the amnesic compound and lactate.

The researchers found that the rats that were injected with the compound only, either before or after the unpleasant experience, had significantly impaired long-term memory. However, lactate together with the blocking compound served to “rescue” or reduce memory loss. Short-term memory and learning were not impacted by the presence of the amnestic compound or lactate.

Since it is known that glucose is an important energy source and can modulate memory retention, Dr. Alberini’s team wanted to see if similar benefits were achieved by using glucose rather than lactate in the study. They injected glucose in amounts equicaloric to the lactate used in the first study into the brains of rats that also received the amnesic compound before inhibitory avoidance training. The researchers saw no rescue effect on long-term memory but after increasing the dose of glucose by three times, they saw a positive—though transient—impact.

“These results show that when a lot of energy is required, such as in long-term memory formation, glucose is not sufficient, or is less efficient, for long-term formation and maintenance,” said Dr. Alberini. “Now that we know that lactate has this critical function, we can study why it does and why glucose does not have the same impact.”

Dr. Alberini and her team plan to further study the role of lactate in long-term memory formation to find how it can be used as a potential target for neurodegenerative diseases. This study is supported by a grant from the National Institute of Mental Health.