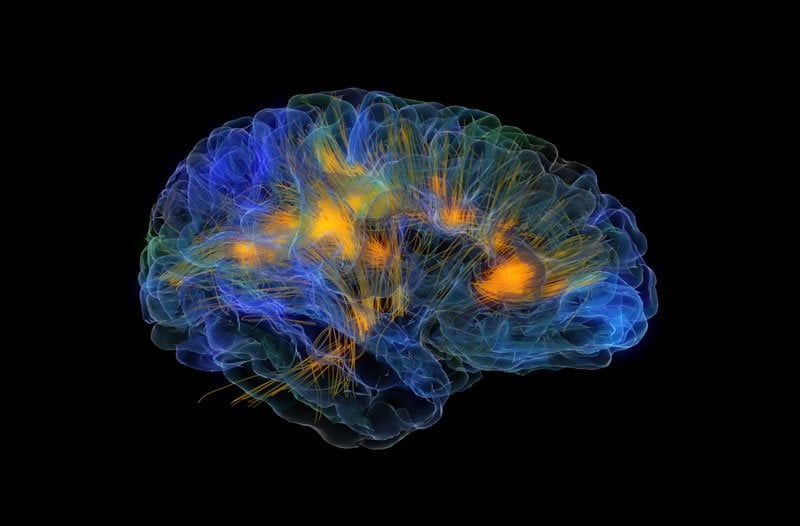 Computers are this century’s most prized possessions; with the means to facilitate a connection between their owners and the data sought through them, computers act as the medium through which individuals can retrieve information. The most valued player in the connectedness of our generation via computers is the Internet – preferably a high-speed system with high bandwidth. The bandwidth, which is attributed to the amount of data transmitted at a particular rate, may have a low throughput if the connection of its signal is low. Similarly, the way information is processed by the ever-so complex human brain depends on neurotransmitters, which receive signals in the form of chemical changes and further correlate with the number of cells that are produced. Therefore, as a result of either evolutionary predisposition of neuronal cells or as pathological processes in diseases, it is only natural for the cells to undergo processes, like death, that enable them to regulate chemical elements effectively.

For long, neuroscientists claimed the number of neurons an individual was born with was a definite amount. They believed new neurons were produced at infancy only to aid in building neural circuits and that adding neurons would hinder the way the brain communicates with other organ systems (National Institute of Neurological Disorders and Stroke [NINDS], 2013). As more about intercellular communication was brought to light, neuroscientists were eager to challenge prior assumptions. In 1962, a scientist by the name of Joseph Altman reported findings of new neurons emerging from the hippocampus of adult lab rats. Eventually, Altman’s findings became more widely accepted throughout the scientific community, although much controversy surrounding neurogenesis, the birth of neurons, still remains today.

Judging by such findings, one would suspect that if neurons can be created, then they could also be destroyed. In fact, they can; neurons participate in programmed cell death, as do other specialized cells, in order to eliminate neurons that may have formed faulty synapses (Giordano & Costa, 2011). Typically, neurons travel the brain via chemical signals or fibers called radial glia to reach their final destination. Once they have reached their destination, the neurons are responsible for receiving and sending neurotransmitters. Not all neurons arrive at their destinations due to some abnormalities. Instead, they engage in an organized method of decay called apoptosis. “If cells are no longer needed, they commit suicide by activating an intracellular death program” (Alberts, Johnson, & Lewis, 2002). Apoptosis involves cleaving of proteins in the cytoplasm and nucleus of the cell and the overall goal of the aforementioned intracellular death program in a multi-cellular community is to control the rate of cell division and rate of cell death.

As a result of unnatural deaths of neurons, the brain is susceptible to neurodegenerative diseases. Cell death in the brain is a common and inevitable constituent of many diseases, including neurodegenerative disorders caused by dementia as well as some ophthalmological disorders like glaucoma. In the case of Alzheimer’s, the most common type of dementia, there is evidence of nerve cell damage in addition to cell death in the brain. According to studies conducted by research members of the Alzheimer’s Association (2011), “scientists are not absolutely sure what causes cell death and tissue loss in the Alzheimer’s brain, but plaques and tangles are prime suspects,” with the latter contributing to the damage presented on the nerves. On the other hand, researchers concerned with the pathogenesis of cell death in patients with glaucoma have stipulated that apoptosis in the cells occur because of the inability of mitochondria to maintain normal function, reinforcing the notion that certain cells engage in programmed death once they have realized their worth…or, rather, worthlessness.

Scientists are currently trying to develop mechanisms by which abnormal neuronal cell death can be slowed down or stopped all together with hopes of treating and someday curing diseases. Several articles published in the American interdisciplinary medical journal Science Translational Medicine prompted implications of oral drugs that could inhibit key enzymes in brains affected by Alzheimer’s or Parkinson’s disease and keep protein production functioning, since the diseases halt production of proteins, consequently interfering with the natural lifespan of neurons and synapse function. Unfortunately, the drugs have only been tested on mice and are not available for human consumption just yet because they would inhibit the PERK enzyme, which can cause side effects like weight loss and diabetes.

Aside from future oral drugs, supplements have been proven to treat side effects of certain disorders. Researchers at the University of Oxford (2008) have suggested that “enhancing mitochondrial function generally will slow down cell apoptosis and therefore benefit glaucoma patients… supplements such as creatine, alpha-lipoic acid, nicotinamide, and epigallocatechin gallate (EGCG), all of which counteract oxidative stress induced by light and other triggers, are worthy of consideration for the treatment of such patients as they can be taken orally to reach the retina without having significant side effects.” Evidently, scientists have a long way to go when concerning themselves with neuroprotection, but conclusions made thus far have proven pivotal in our understanding of the human brain.

National Institute of Neurological Disorders and Stroke. (2013). “The Life and Death of a Neuron.” Retrieved November 23, 2013 from http://www.ninds.nih.gov/disorders/brain_basics/ninds_neuron.htm

Notes about this neuroscience opinion article

Zaheera Shabbir is a junior at SUNY Binghamton studying for her B.S. Biochemistry & Integrative Neuroscience, with a Minor in Linguistics.