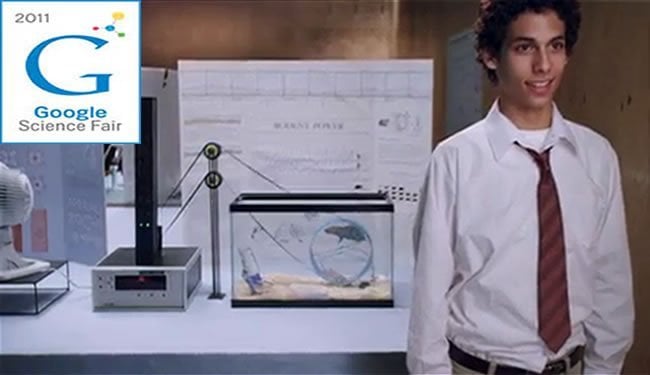 Teenagers between the ages of 13 and 18 years old are invited to submit science projects in the Google Science Fair 2011.

Participating in the global science fair could be a wonderful life changing experience for a young, budding scientist, or team of scientists, and could result in receiving one of the wonderful prizes available.

Entries must be in by April 4, 2011, so move quickly! No purchases, or fees are required. Entry requirements are listed on the Google Science Fair 2011 Entry page.

Google Science Fair 2011 is a global online science competition for teenagers between the ages of 13-18 years old. Quite a few highly recognizable scientists and science organizations are helping with the science fair. Notable organizations such as CERN, National Geographic, Scientific American, The LEGO Group and Google have partnered to make Google Science Fair 2011 happen.

Prizes include a $50,000 (US) scholarship, 10 day trip to the Galapogos Islands with National Geographic Endeavour, $25,000 (US) scholarship, LEGO prizes, 12 month access to Scientific American archives for their school, trips to CERN, trips to Google, virtual internship with LEGO Mindstorms R&D team, trip to Scientific American’s New York office and many others. Visit the Google Science Fair 2011 Prizes page for the full list and descriptions of prizes.

Visitors and members from NeuroscienceNews.com may want to give their best attempt at a neuroscience project. Neuroscience projects could fit into a few of the categories available including behavioral and social sciences, computer science and math, biology, chemistry, inventions and innovations, physics and electricity and electroncs.

Some of the scientists, teachers and innovative leaders scheduled to be involved include:

Many great scientists fell in love with science after participating in a science fair. If you know of any young teenagers with a thirst for science information, or if you are a teenager that has been visiting this site to read up on the latest neuroscience news, the Google Science Fair 2011 awaits.

Go forth and start your path to making the world a better place with science.

Counting From Left to Right Feels ‘Natural’, but New Research Shows Our Brains Count Faster From Bottom to Top

How to Enter the Google Science Fair

Building a Science Project for the Google Science Fair

Notes about this article