Summary: A new study reports chimps are more likely to select mates whose genetic makeup differs most from their own.

Chimps can tell genetically similar mates from more distant ones.

When it comes to hookups in the animal world, casual sex is common among chimpanzees. In our closest animal relatives both males and females mate with multiple partners. But when taking the plunge into parenthood, they’re more selective than it seems.

A study appearing online Jan. 11 in the journal Royal Society Open Science reveals that chimps are more likely to reproduce with mates whose genetic makeup most differs from their own.

Many animals avoid breeding with parents, siblings and other close relatives, said first author Kara Walker, a postdoctoral associate in evolutionary anthropology at Duke University. But chimpanzees are unusual in that even among nonrelatives and virtual strangers they can tell genetically similar mates from more distant ones.

The researchers aren’t sure yet exactly how they discriminate, but it might be a best guess based on appearance, smell or sound, said senior author Anne Pusey, professor of evolutionary anthropology at Duke. 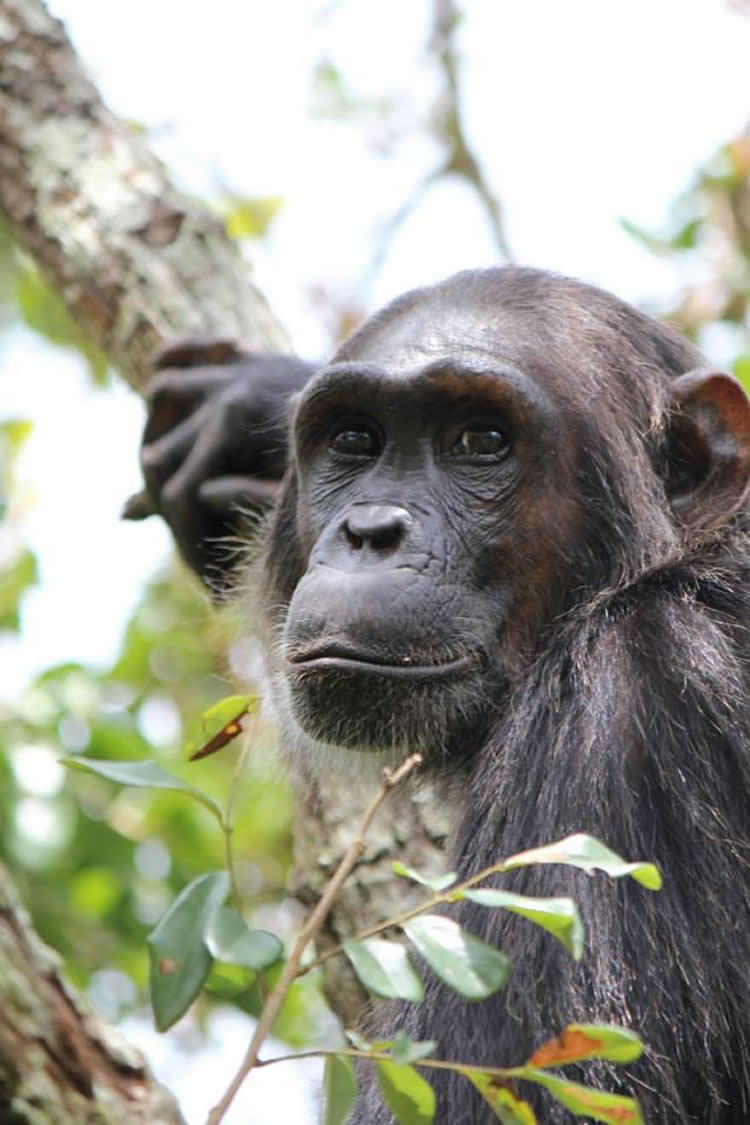 Flirt, a young female chimpanzee, left her brothers and other relatives behind when she reached puberty to reproduce in a new group. A study finds that chimps can tell genetically similar mates from more distant ones, even among unfamiliar partners. NeuroscienceNews.com image is credited to Kara Walker, Duke University.

Researchers took DNA samples from the feces of roughly 150 adult chimpanzees in Gombe National Park, Tanzania, and analyzed eight to 11 variable sites across the genome. From these, they were able to estimate the genetic similarity between every possible male-female pair.

In chimpanzees, as in other animals, only some sexual encounters lead to offspring. When the researchers compared pairs that produced infants with those that didn’t, they found that females conceived with sires that were less similar to them than the average male.

Chimps are somehow able to distinguish degrees of genetic similarity among unfamiliar mates many steps removed from them in their family tree, the study shows.

In Gombe National Park, some females stay in the same group for life, but most move out as they reach adolescence, leaving their fathers and brothers behind to reproduce in a new group. These immigrant females, which have few or no male relatives in their community, showed even stronger preference for genetically dissimilar mates than the native females did.

Part of what’s driving their mate choices, the researchers say, is inbreeding depression, which is when offspring inherit the same harmful version of a gene from both parents and genetic vulnerabilities that are normally masked become active.

Conception between parents and offspring or between siblings is rare in chimpanzees, but studies suggest that when it occurs, the infants that result are less likely to survive to maturity than their outbred counterparts.

Now the researchers are trying to figure out how chimpanzees recognize and favor mates whose DNA is more different from theirs, even among unfamiliar partners. The animals do more than simply avoid mates they grew up with and are therefore likely to be related to, the study shows.

In addition to whatever means they are using to distinguish relatedness, they could also rely on timing, being pickier about their sexual partners during the part of a female’s cycle when she is most likely to conceive. Processes that take place after mating may also play a role, such as a female unconsciously choosing some males’ sperm over others, or influencing the fertilized egg’s implanting or the fate of the embryo, Walker said.

Inbreeding adversely affects fitness, whereas heterozygosity often augments it. Therefore, mechanisms to avoid inbreeding and increase genetic distance between mates should be advantageous in species where adult relatives reside together. Here we investigate mate choice for genetic dissimilarity in chimpanzees, a species in which many females avoid inbreeding through dispersal, but where promiscuous mating and sexual coercion can limit choice when related adults reside together. We take advantage of incomplete female dispersal in Gombe National Park, Tanzania to compare mate choice for genetic dissimilarity among immigrant and natal females in two communities using pairwise relatedness measures in 135 genotyped chimpanzees. As expected, natal females were more related to adult males in their community than were immigrant females. However, among 62 breeding events, natal females were not more related to the sires of their offspring than immigrant females, despite four instances of close inbreeding. Moreover, females were generally less related to the sires of their offspring than to non-sires. These results demonstrate that chimpanzees may be capable of detecting relatedness and selecting mates on the basis of genetic distance.