Severely impaired stroke survivors are regaining function in their arms after sometimes decades of immobility, thanks to a new video game-led training device invented by Northwestern Medicine scientists.

When integrated with a customized video game, the device, called a myoelectric computer interface (MyoCI), helped retrain stroke survivors’ arm muscles into moving more normally. Most of the 32 study participants experienced increased arm mobility and reduced arm stiffness while they were using the training interface. Most participants retained their arm function a month after finishing the training.

The study was published today, March 19, in the journal Neurorehabilitation and Neural Repair.

Many stroke survivors can’t extend their arm forward with a straight elbow because the muscles act against each other in abnormal ways, called “abnormal co-activation” or “abnormal coupling.”

The Northwestern device identifies which muscles are abnormally coupled and retrains the muscles into moving normally by using their electrical muscle activity (called electromyogram, or EMG) to control a cursor in a customized video game. The more the muscles decouple, the higher the person’s score. (More on how the device works below)

“We gamified the therapy into an ‘80s-style video game,” said senior author Dr. Marc Slutzky, associate professor of neurology and of physiology at Northwestern University Feinberg School of Medicine and a Northwestern Medicine neurologist.“It’s rather basic graphics by today’s standards but it’s entertaining enough.”

Slutzky and his co-authors have paired with a company on an early version of a wearable device to study at-home use with patients. The device communicates wirelessly with a laptop or tablet and the goal is to make this a completely wireless, wearable device.

“The beauty of this is even if the benefit doesn’t persist for months or years, patients with a wearable device could do a ‘tune-up’ session every couple weeks, months or whenever they need it,” said Slutzky, whose team designed the original device. “Long-term, I envision having flexible, fully wireless electrodes that an occupational therapist could quickly apply in their office, and patients could go home and train by themselves.”

Slutzky also is studying this method on stroke patients in the hospital, starting within a week of their stroke.

A new type of stroke therapy?

Abnormal coupling of muscles leaves many stroke patients with a bent elbow, which makes it difficult to benefit from typical task-based stroke-rehabilitation therapies, such as training on bathing, getting dressed and eating.

Only about 30 percent of stroke patients in the United States receive therapy after their initial in-patient rehabilitation stay, often because their injury is too severe to benefit from standard therapy, it costs too much, or they’re too far from a therapist. This small, preliminary study lays the groundwork for inexpensive, wearable, at-home therapy options for severely impaired stroke survivors.

“We’re still in the very early stages but I’m hopeful this may be an effective new type of stroke therapy,” Slutzky said. “The goal is to one day let patients buy the training device inexpensively, potentially without even needing insurance and use it wirelessly in their home.”

Patients in the study were severely impaired – could only slightly move their arm and extend their elbow– and had had their stroke at least six months prior to beginning the study. The average patient was more than six years out from their stroke and some were decades out.

After Slutzky’s intervention, study participants could, on average, extend their elbow angle by 11 degrees more than before the intervention, which was a pleasant surprise, Slutzky said.

“Classically, in patients that far out from a stroke, we don’t typically expect to see any improvements, but we saw modest yet significant improvement in these patients,” Slutzky said.

This type of treatment only requires a small amount of muscle activation, which is advantageous for severely impaired stroke patients who typically can’t move enough to even begin standard physical therapy. It also gives feedback to the patient if they’re activating their muscles properly.

“We learn how to move by trial and error,” Slutzky said. “If you don’t have any feedback about the errors, it’s hard to learn to improve movement. This task provides patients with clear feedback about their muscle activation.”

How the device works

To identify which muscles were abnormally coupled, study participants attempted to reach out to multiple different targets while the scientists recorded the electrical activity in eight of their arm muscles using electrodes attached to the skin. For example, the biceps and anterior deltoid muscles in the arm often activated together in stroke participants, while they normally shouldn’t.

The goal was to move the cursor only vertically or horizontally – not diagonally – to acquire targets in the game. To get a high score, participants had to learn to decouple the abnormally coupled muscles.

Robot Displays a Glimmer of Empathy to a Partner Robot

Objective. To investigate tolerability and effects of MyoCI training of 3 muscle pairs on arm motor recovery after stroke, including effects of training dose and isometric versus movement-based training.

Results. Over all 32 subjects, MyoCI training of 3 muscle pairs significantly reduced impairment (Fugl-Meyer Assessment) by 3.3 ± 0.6 and 3.1 ± 0.7 (P < 10−4) at weeks 6 and 10, respectively. Each group improved significantly from baseline; no significant differences were seen between groups. Participants’ lab-based and home-based function also improved at weeks 6 and 10 (P ≤ .01). Spasticity also decreased over all subjects, and elbow range-of-motion improved. Both moderately and severely impaired patients showed significant improvement. No participants had training-related adverse events. MyoCI reduced abnormal co-activation, which appeared to transfer to reaching in the movement group.

Conclusions. MyoCI is a well-tolerated, novel rehabilitation tool that enables stroke survivors to reduce abnormal co-activation. It may reduce impairment and spasticity and improve arm function, even in severely impaired patients. 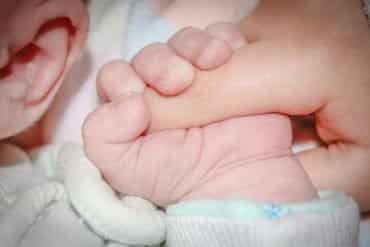 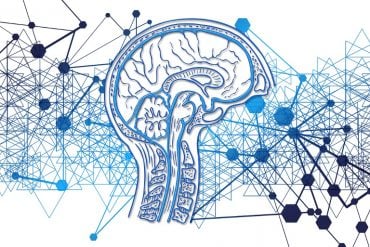 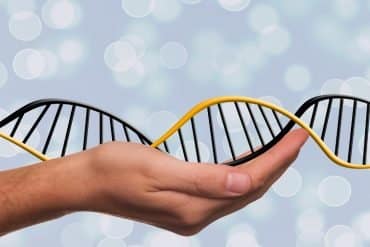 Discovery of Genetic Drivers Linked to Progression in Parkinson’s Disease