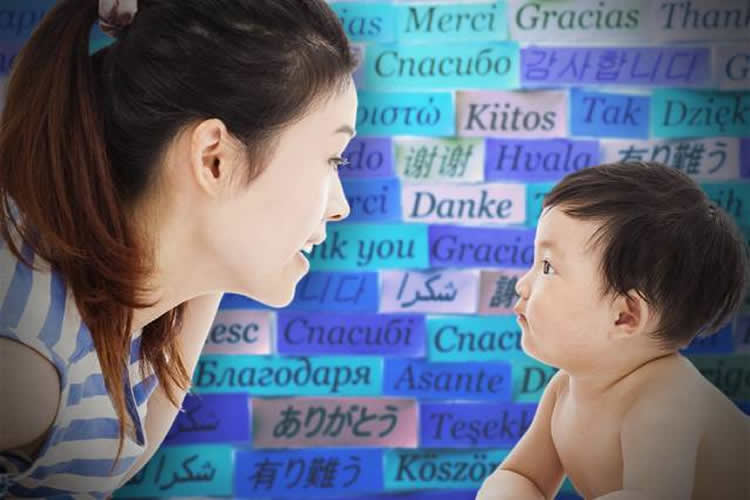 All animal species communicate with each other, but humans have a unique ability to generate and comprehend language. Foxp2 is one of several genes that scientists believe may have contributed to the development of these linguistic skills. The gene was first identified in a group of family members who had severe difficulties in speaking and understanding speech, and who were found to carry a mutated version of the Foxp2 gene. Credit Jose-Luis Olivares/MIT.

Mutation that arose long ago may be key to humans’ unique ability to produce and understand speech.

Neuroscientists have found that a gene mutation that arose more than half a million years ago may be key to humans’ unique ability to produce and understand speech.

Researchers from MIT and several European universities have shown that the human version of a gene called Foxp2 makes it easier to transform new experiences into routine procedures. When they engineered mice to express humanized Foxp2, the mice learned to run a maze much more quickly than normal mice.

The findings suggest that Foxp2 may help humans with a key component of learning language — transforming experiences, such as hearing the word “glass” when we are shown a glass of water, into a nearly automatic association of that word with objects that look and function like glasses, says Ann Graybiel, an MIT Institute Professor, member of MIT’s McGovern Institute for Brain Research, and a senior author of the study.

“This really is an important brick in the wall saying that the form of the gene that allowed us to speak may have something to do with a special kind of learning, which takes us from having to make conscious associations in order to act to a nearly automatic-pilot way of acting based on the cues around us,” Graybiel says.

Wolfgang Enard, a professor of anthropology and human genetics at Ludwig-Maximilians University in Germany, is also a senior author of the study, which appears in the Proceedings of the National Academy of Sciences this week. The paper’s lead authors are Christiane Schreiweis, a former visiting graduate student at MIT, and Ulrich Bornschein of the Max Planck Institute for Evolutionary Anthropology in Germany.

All animal species communicate with each other, but humans have a unique ability to generate and comprehend language. Foxp2 is one of several genes that scientists believe may have contributed to the development of these linguistic skills. The gene was first identified in a group of family members who had severe difficulties in speaking and understanding speech, and who were found to carry a mutated version of the Foxp2 gene.

In 2009, Svante Pääbo, director of the Max Planck Institute for Evolutionary Anthropology, and his team engineered mice to express the human form of the Foxp2 gene, which encodes a protein that differs from the mouse version by only two amino acids. His team found that these mice had longer dendrites — the slender extensions that neurons use to communicate with each other — in the striatum, a part of the brain implicated in habit formation. They were also better at forming new synapses, or connections between neurons.

Pääbo, who is also an author of the new PNAS paper, and Enard enlisted Graybiel, an expert in the striatum, to help study the behavioral effects of replacing Foxp2. They found that the mice with humanized Foxp2 were better at learning to run a T-shaped maze, in which the mice must decide whether to turn left or right at a T-shaped junction, based on the texture of the maze floor, to earn a food reward.

The first phase of this type of learning requires using declarative memory, or memory for events and places. Over time, these memory cues become embedded as habits and are encoded through procedural memory — the type of memory necessary for routine tasks, such as driving to work every day or hitting a tennis forehand after thousands of practice strokes.

Using another type of maze called a cross-maze, Schreiweis and her MIT colleagues were able to test the mice’s ability in each of type of memory alone, as well as the interaction of the two types. They found that the mice with humanized Foxp2 performed the same as normal mice when just one type of memory was needed, but their performance was superior when the learning task required them to convert declarative memories into habitual routines. The key finding was therefore that the humanized Foxp2 gene makes it easier to turn mindful actions into behavioral routines.

The protein produced by Foxp2 is a transcription factor, meaning that it turns other genes on and off. In this study, the researchers found that Foxp2 appears to turn on genes involved in the regulation of synaptic connections between neurons. They also found enhanced dopamine activity in a part of the striatum that is involved in forming procedures. In addition, the neurons of some striatal regions could be turned off for longer periods in response to prolonged activation — a phenomenon known as long-term depression, which is necessary for learning new tasks and forming memories.

Together, these changes help to “tune” the brain differently to adapt it to speech and language acquisition, the researchers believe. They are now further investigating how Foxp2 may interact with other genes to produce its effects on learning and language.

This study “provides new ways to think about the evolution of Foxp2 function in the brain,” says Genevieve Konopka, an assistant professor of neuroscience at the University of Texas Southwestern Medical Center who was not involved in the research. “It suggests that human Foxp2 facilitates learning that has been conducive for the emergence of speech and language in humans. The observed differences in dopamine levels and long-term depression in a region-specific manner are also striking and begin to provide mechanistic details of how the molecular evolution of one gene might lead to alterations in behavior.”

The research was funded by the Nancy Lurie Marks Family Foundation, the Simons Foundation Autism Research Initiative, the National Institutes of Health, the Wellcome Trust, the Fondation pour la Recherche Médicale, and the Max Planck Society.