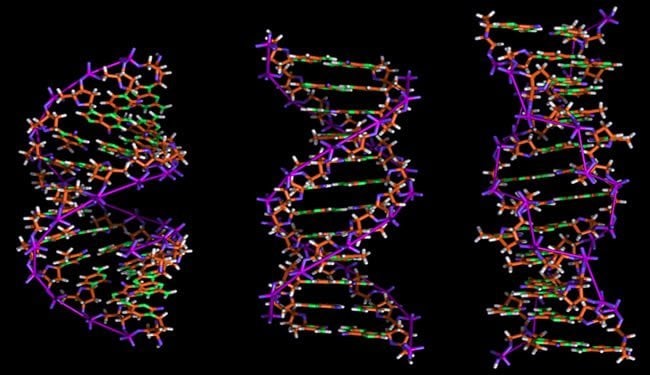 DUX4 Gene Product May Cause FSHD, A Form of Muscular Dystrophy

New research points to a DNA sequence that causes the DUX4 gene to become more active in producing proteins that are toxic to muscle cells, leading to a form of muscular dystrophy. The new evidence could help pave the way to more targeted research in FSHD, and possibly even a cure according to the article. Readers will find information related to neurology, muscular dystrophy, FSHD, genetics, neuromuscular research and neurogenetics in this article.

An international team of researchers that includes investigators from Fred Hutchinson Cancer Research Center has made a critical advance in determining the cause of a common form of muscular dystrophy known as facioscapulohumeral dystrophy, or FSHD.

They have identified a DNA sequence in individuals with FSHD that causes a gene called DUX4 to be more active. Previous work from this research team and others has shown that this gene produces a protein that is toxic to muscle cells, and the current study indicates that it is likely to be key to developing FSHD. This finding points to potential new drug targets for treating—or potentially curing—FSHD, a progressive condition characterized by progressive wasting of muscles in the upper body.

The findings, published in the Aug. 20 issue of Science, shed new light on how a genetic mutation identified nearly 20 years ago causes the disease. The mutation is associated with the majority of FSHD cases, which affects some 300,000 people worldwide.

“In contrast to most genetic diseases, knowledge of the genetic mutation did not explain the cause of the disease,” said Tapscott, a member of the Human Biology Division at the Hutchinson Center and an expert in neurogenetics and neuromuscular disease. “Although many different models and hypotheses were proposed for how the FSHD mutation might cause the disease, none had sufficient experimental support to attain legitimacy, which resulted in controversy and slow progress in FSHD research. These new findings provide a single, testable hypothesis,” Tapscott said.

The research group identified a DNA variation, or polymorphism, necessary for FSHD that occurs near the mutation region on chromosome 4 that was discovered nearly two decades ago. In those susceptible to this form of muscular dystrophy, this DNA mutation stabilizes the product of the DUX4 gene and thus causes the gene to be more active.

“This provides a new and unifying model for FSHD because it will focus future research on determining whether the DUX4 protein causes FSHD, as indicated by our consortium’s genetic analysis,” Tapscott said.

These researchers have an ongoing collaboration through a Hutchinson Center-based National Institutes of Health FSHD Program Project Grant, of which Tapscott is principal investigator. This paper is the second to emerge from this collaboration.

“The progress was made possible by an unusual degree of collaboration and data-sharing among the individual groups,” Tapscott said.

Grants from the Friends of FSH Research, the Shaw Family Foundation and the Muscular Dystrophy Foundation also supported the work of Tapscott and colleagues at the Hutchinson Center.

Other funding for this study came from the Fields Center, the Netherlands Organization for Scientific Research, the Netherlands Genomic Initiative, the National Institutes of Health, a Marjorie Bronfman Fellowship grant from the FSH Society, the Centro Investigacion Biomedica en Red para Enfermedades Neurodegenerativas, the Basque Government and the Instituto Carlos III, ILUNDAIN Fundazioa.