Summary: During the early months of the coronavirus pandemic, people reported an increase in symptoms of depression, fear, anxiety, psychological trauma, and suicidal ideations.

The COVID-19 pandemic led to higher levels of depression, anxiety, suicidal tendencies and psychological trauma among American adults during the early months of its spread, according to three new studies published by University of Arkansas sociologists.

Using an internet survey distributed in the last week of March that sampled 10,368 adults from across the country, researchers have sought to better understand the sociological and psychological effects of the pandemic. The common denominator in their findings is fear, said Kevin Fitzpatrick, University Professor of sociology and first author of the studies.

“Fear is a pretty consistent predictor,” Fitzpatrick said. “What we found is that fear, coupled with a range of social vulnerabilities, consistently and significantly predict a range of mental health outcomes. Additionally, as originally hypothesized, it appears as though individual fear is higher in those places where there is a higher concentration of confirmed COVID-19 cases and/or a higher death rate.”

In a study focusing on symptoms of depression published in the journal Anxiety and Depression, Fitzpatrick and his colleagues Casey Harris, associate professor of sociology, and Grant Drawve, assistant professor of sociology, found that on average, survey respondents scored one point higher than the cutoff for clinical significance on a commonly used depression scale. Nearly a third of respondents were significantly above that level, they found. They also found elevated depressive symptoms among socially vulnerable groups including women, Hispanics, the unemployed and people who report moderate to high levels of food insecurity.

In a second study on suicidal thoughts, behaviors and actions published in the journal Suicide and Life-Threatening Behavior, the researchers found that 15 percent of all respondents were categorized as high risk for suicide. Blacks, Native Americans, Hispanics, families with children, unmarried and younger respondents scored higher on an symptom assessment of suicide risk than their counterparts, and compounding factors such as food insecurity and physical health symptoms increased the risk among respondents.

The third study, published in the journal Psychological Trauma, examined fear and mental health consequences of the pandemic. When researchers asked respondents how fearful they were of COVID-19 on a scale of one-to-10, the average answer was seven. But fear of the disease and its consequences is not evenly distributed throughout the country, they found; it was highest in areas with a greater concentration of COVID-19 cases and among the most socially vulnerable groups. “In short, fear of the virus, and subsequent mental health problems that follow, remain entangled with the types of policies and measures used to combat the virus, both now and as recovery continues to unfold and the United States begins to slowly move forward,” the researchers wrote.

All three papers are part of an initial, early push to understand the sociological impact of COVID-19, said Fitzpatrick. While the situation has changed substantially since March when this National Science Foundation-funded survey was administered, the research points to a need to better understand the consequences of the pandemic so we’ll be better prepared in the future.

“Now is the time to learn the lessons about this pandemic,” said Fitzpatrick. “This needs to be a teaching moment for us all. It or something like it will come along again, and we need to be better prepared for it, making sure that science is front and center, and not politics, with a careful eye on who are the most vulnerable and how can we do a better job of protecting them.”

Original Research: Open access
“How bad is it? Suicidality in the middle of the COVID‐19 pandemic” by Kevin M. Fitzpatrick, Casey Harris, Grant Drawve. Suicide and Life-Threatening Behavior.

How bad is it? Suicidality in the middle of the COVID‐19 pandemic

Objective
The current paper examines the intersection between social vulnerability, individual risk, and social/psychological resources with adult suicidality during the COVID‐19 pandemic.

Method
Data come from a national sample (n = 10,368) of U.S. adults. Using an online platform, information was gathered during the third week of March 2020, and post‐stratification weighted to proportionally represent the U.S. population in terms of age, gender, race/ethnicity, income, and geography.

Conclusions
These results provide some insight on the impact COVID‐19 is having on the general U.S. population. Practitioners should be prepared for what will likely be a significant mental health fall‐out in the months and years ahead.

How Light Could Activate Neurons

How Light Could Activate Neurons 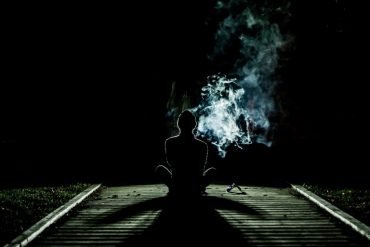