Concussion linked to loss of inhibition

Many reported problems with the ability to suppress thoughts, actions, and feelings following concussions. 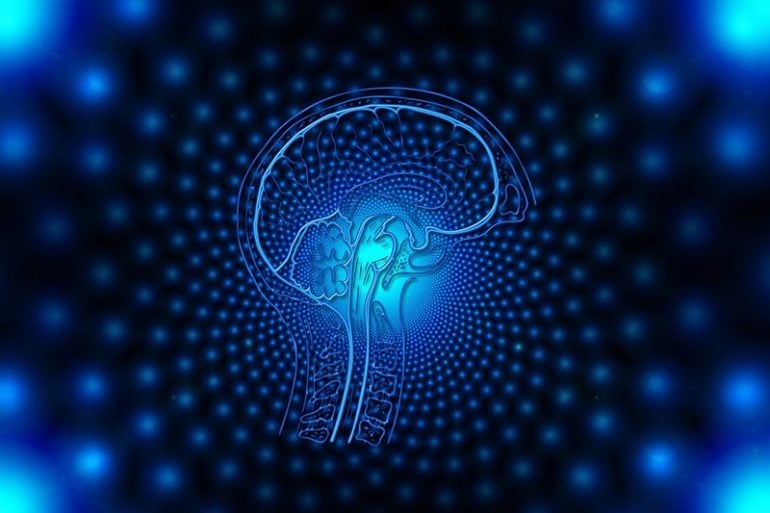 The study found that participants who had previously suffered a concussion performed well on 11 of 12 cognitive tests, but showed a strong impairment in the test of inhibitory control—which is your ability to suppress a thought, action or feeling. The image is in the public domain.
9

Consistent signs of compromised inhibition found in a study of concussion sufferers were mirrored in separate tests on Canadian university football players. These findings open new doors to predicting the impact of the often debilitating injury, as well as raise questions about the long-term impact of contact sports, according to Western researchers.

The study, “Concussion related deficits in the general population predict impairments in varsity footballers,” was recently published in the Journal of Neurology.

Led by graduate student Clara Stafford, the Owen Lab at Western analyzed results of 12 cognitive tests from an online survey of nearly 20,000 people in the general population. Among the questions, participants were asked about their concussion history, if they’d ever been knocked out and, if so, how many times.

The study found that participants who had previously suffered a concussion performed well on 11 of 12 cognitive tests, but showed a strong impairment in the test of inhibitory control—which your ability to suppress a thought, action or feeling

The neuroscientists next used those results to successfully predict the cognitive performance of 74 Canadian university football players. The researchers did not request concussion history from the players before they completed the survey.

Like the general population, the football players performed well on 11 of 12 cognitive tasks, however a specific impairment of inhibition was also identified in all of the players.

“If you have an impairment of inhibitory control, it means that you are likely to carry on doing something when perhaps you should have stopped,” said Adrian Owen, a Schulich School of Medicine & Dentistry professor. “For example, running an amber light when it may have been safer to stop. On the field, it might mean a player would continue with a tackle long after they’ve heard the whistle to stop.”

Stafford, Owen and their collaborators from Western’s Brain and Mind Institute and the Department of Anatomy and Cell Biology were originally interested to know whether concussions in the general population led to long-term cognitive or brain deficits. So far, the study has proven largely positive in that area.

“Although we did see a lower performance on the task of inhibition, we did see very typical performances on tasks of memory and deductive reasoning—positive news for people who have sustained a concussion that they don’t have devastating effects on their cognition over the long term,” Stafford said.

The findings are timely as families and organizations are starting to evaluate the risks of contact sports for youth. For example, some soccer organizations have banned heading and some hockey leagues have banned checking for athletes under a certain age.

“These are the sorts of moves we’re starting to see. Science is gradually trickling down to affect policy. That’s a good thing,” Owen said.

Stafford agreed, “Rowan’s Law is a great example of science being translated into a form of policy. Our results demonstrate the importance of recognizing that sports at a very high level come with benefits and some costs.”

Passed in 2018, Rowan’s Law requires all coaches and team trainers to review their sport organization’s concussion code of conduct each year before the start of the season. Those codes set out expectations and rules of behavior to minimize concussions while playing sport.

While this study shows there are risks associated with some contact sports, it doesn’t mean people should stop participating, Owen noted.

“Like everything, there are risks and benefits,” he said. “Playing sports keeps you fit and is a social activity. There are many good things about it. But it also comes with risks. Highlighting those risks helps people to mitigate against their affects.”

Owen cannot say that playing contact sports causes these deficits—but the indications lead towards that conclusion.

“We compared these athletes very carefully with groups of athletes involved in other sports that don’t involve head impacts. Those groups weren’t impaired in the same way,” he said. “It’s extremely likely that many seasons of football is what’s caused the deficit we observed.”

Objective
We investigated the long-term cognitive effects of concussion in 19,261 members of the general population and a cohort of varsity American football players with a history of frequent head impacts, using tests that are known to be sensitive to small changes in performance.

Methods
We asked 19,261 participants to complete a demographic questionnaire and 12 cognitive tests measuring aspects of executive function, including inhibitory control. We compared the performance of those reporting a history of concussion (post-concussion) to those reporting no history of concussion (non-concussed) on the cognitive battery and four non-cognitive variables. We used the results of this population-level study to predict the profile of cognitive performance in varsity American football players, who completed the same cognitive tasks.

Results
Post-concussion and non-concussed participants did not differ on 11 of the 12 cognitive tasks employed. However, on a test of inhibitory control based on the classic Stroop paradigm, post-concussion participants showed accuracy-related impairments specific to the incongruent conditions of the task. Post-concussion participants reported higher levels of anxiety, depression, and trouble concentrating. An entirely independent sample of 74 varsity American football players demonstrated the same pattern of impairment: compared to healthy controls, they scored significantly lower on the test of inhibitory control but were indistinguishable from controls on the 11 other tasks.

Interpretation
Self-reported concussion is not associated with long-term general effects on cognitive function. Nevertheless, those who report at least one concussion and those who expose themselves to long-term frequent sport-related head impacts do have a modest, but statistically robust, deficit of inhibitory control.