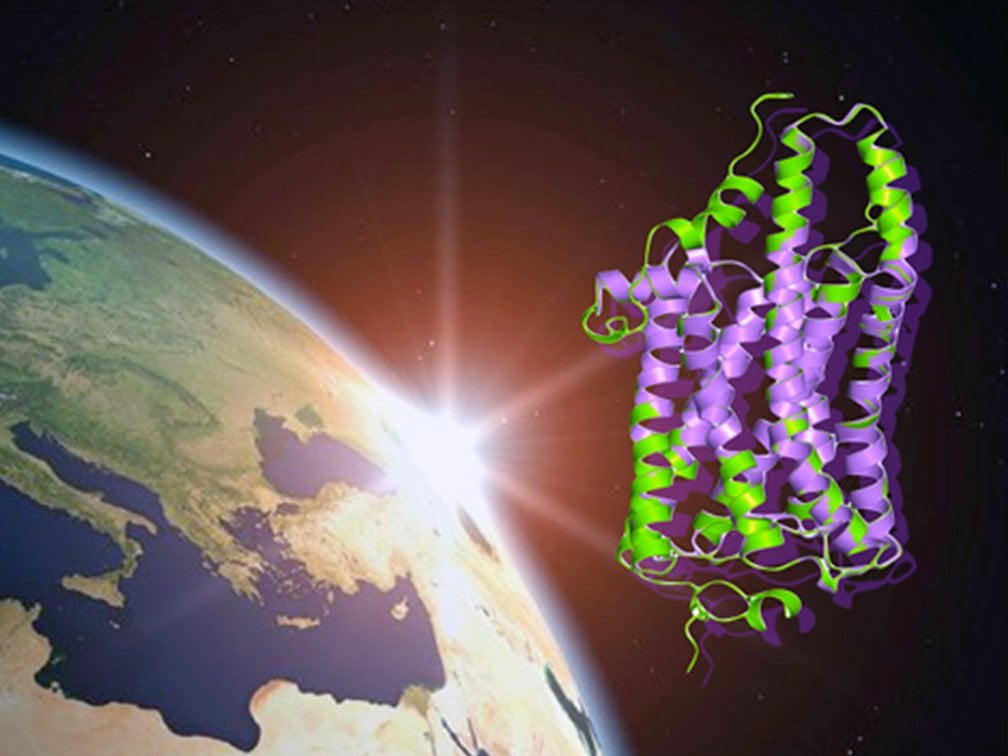 Researchers have found that the melanopsin pigment in the eye is potentially more sensitive to light than its more famous counterpart, rhodopsin, the pigment that allows for night vision.

For more than two years, the staff of the Laboratory for Computational Photochemistry and Photobiology (LCPP) at Ohio’s Bowling Green State University (BGSU), have been investigating melanopsin, a retina pigment capable of sensing light changes in the environment, informing the nervous system and synchronizing it with the day/night rhythm. Most of the study’s complex computations were carried out on powerful supercomputer clusters at the Ohio Supercomputer Center (OSC).

The research recently appeared in the Proceedings of the National Academy of Sciences, in an article edited by Arieh Warshel, Ph.D., of the University of Southern California. Warshel and two other chemists received the 2013 Nobel Prize in Chemistry for developing multiscale models for complex chemical systems, the same techniques that were used in conducting the BGSU study, “Comparison of the isomerization mechanisms of human melanopsin and invertebrate and vertebrate rhodopsins.”

“The retina of vertebrate eyes, including those of humans, is the most powerful light detector that we know,” explains Massimo Olivucci, Ph.D., a research professor of Chemistry and director of LCPP in the Center for Photochemical Sciences at BGSU. “In the human eye, light coming through the lens is projected onto the retina where it forms an image on a mosaic of photoreceptor cells that transmits information from the surrounding environment to the brain’s visual cortex. In extremely poor illumination conditions, such as those of a star-studded night or ocean depths, the retina is able to perceivMassimo Olivucci, Ph.D.e intensities corresponding to only a few photons, which are indivisible units of light. Such extreme sensitivity is due to specialized photoreceptor cells containing a light sensitive pigment called rhodopsin.”

For a long time, it was assumed that the human retina contained only photoreceptor cells specialized in dim-light and daylight vision, according to Olivucci. However, recent studies revealed the existence of a small number of intrinsically photosensitive nervous cells that regulate non-visual light responses. These cells contain a rhodopsin-like protein named melanopsin, which plays a role in the regulation of unconscious visual reflexes and in the synchronization of the body’s responses to the dawn/dusk cycle, known as circadian rhythms or the “body clock,” through a process known as photoentrainment.

The fact that the melanopsin density in the vertebrate retina is 10,000 times lower than that of rhodopsin density, and that, with respect to the visual photoreceptors, the melanopsin-containing cells capture a million-fold fewer photons, suggests that melanopsin may be more sensitive than rhodopsin. The comprehension of the mechanism that makes this extreme light sensitivity possible appears to be a prerequisite to the development of new technologies.

Both rhodopsin and melanopsin are proteins containing a derivative of vitamin A, which serves as an “antenna” for photon detection. When a photon is detected, the proteins are set in an activated state, through a photochemical transformation, which ultimately results in a signal being sent to the brain. Thus, at the molecular level, visual sensitivity is the result of a trade-off between two factors: light activation and thermal noise. It is currently thought that light-activation efficiency (i.e., the number of activation events relative to the total number of detected photons) may be related to its underlying speed of chemical transformation. On the other hand, the thermal noise depends on the number of activation events triggered by ambient body heat in the absence of photon detection.

“Understanding the mechanism that determines this seemingly amazing light sensitivity of melanopsin may open up new pathways in studying the evolution of light receptors in vertebrate and, in turn, the molecular basis of diseases, such as “seasonal affecting disorders,” Olivucci said. “Moreover, it provides a model for developing sub-nanoscale sensors approaching the sensitivity of a single-photon.”

For this reason, the LCPP group – working together with Francesca Fanelli, Ph.D., of Italy’s Università di Modena e Reggio Emilia – has used the methodology developed by Warshel and his colleagues to construct computer models of human melanopsin, bovine rhodopsin and squid rhodopsin. The models were constructed by BGSU research assistant Samer Gozem, Ph.D., BGSU visiting graduate student Silvia Rinaldi, who now has completed his doctorate, and visiting research assistant Federico Melaccio, Ph.D. – both visiting from Italy’s Università di Siena. The models were used to study the activation of the pigments and show that melanopsin light activation is the fastest, and its thermal activation is the slowest, which was expected for maximum light sensitivity.

The computer models of human melanopsin, and bovine and squid rhodopsins, provide further support for a theory reported by the LCPP group in the September 2012 issue of Science which explained the correlation between thermal noise and perceived color, a concept first proposed by the British neuroscientist Horace Barlow in 1957. Barlow suggested the existence of a link between the color of light perceived by the sensor and its thermal noise and established that the minimum possible thermal noise is achieved when the absorbing light has a wavelength around 470 nanometers, which corresponds to blue light.

A New Way to Monitor Blood Flow in the Brain

“This wavelength and corresponding bluish color matches the wavelength that has been observed and simulated in the LCPP lab,” said Olivucci. “In fact, our calculations also indicate that a shift from blue to even shorter wavelengths (i.e. indigo and violet) will lead to an inversion of the trend and an increase of thermal noise towards the higher levels seen for a red color. Therefore, melanopsin may have been selected by biological evolution to stand exactly at the border between two opposite trends to maximize light sensitivity.”

Notes about this computational neuroscience research

The melanopsin research project was funded jointly by the BGSU Center for Photochemical Sciences and the College of Arts & Sciences, and, together with grants from the National Science Foundation and the Human Frontier Science Program, helped create the LCPP.