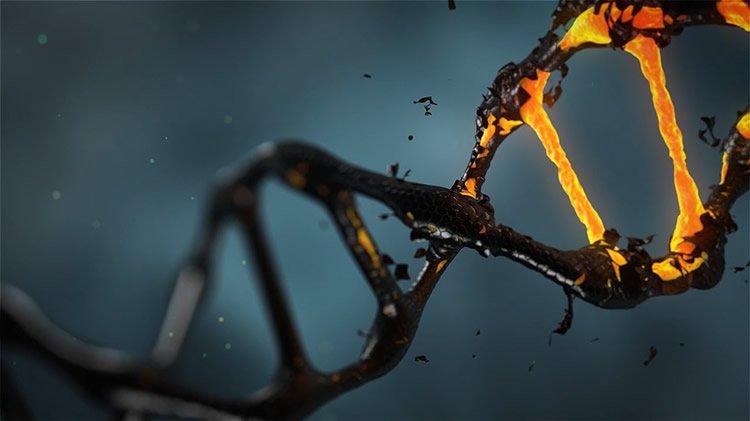 Previous studies have been limited, focusing either on specific genes, a particular brain region, or one aspect of cocaine addiction. NeuroscienceNews.com image is in the public domain.
Home
Featured

Summary: A new study reveals how cocaine use alters gene expression and provides new insight into the molecular basis of cocaine addiction.

A study in Biological Psychiatry has identified unique genetic changes in the brain’s reward circuitry that are associated with cocaine use, including first-time use, withdrawal, and re-exposure to the drug after prolonged withdrawal. The findings reveal important information on how cocaine addiction reprograms gene expression and provide insight into the molecular basis of cocaine addiction in unprecedented detail.

In the study, mice were allowed to self-administer cocaine as a model of human addiction, and the gene expression changes were associated with their addiction-like behavior.

“This study elegantly highlights the complexity of the brain’s molecular response to self-administered cocaine, pointing to mechanisms that might be targeted by treatments,” said John Krystal, Editor of Biological Psychiatry.

Previous studies have been limited, focusing either on specific genes, a particular brain region, or one aspect of cocaine addiction. But molecular studies aimed at improving addiction treatment have been complicated by alterations in genes that differ throughout the brain–increasing in some regions and decreasing in others.

“This study is the first of its kind to characterize the global transcriptome in brain during the life-cycle of cocaine self-administration,” said senior author Eric Nestler, MD, PhD, of Icahn School of Medicine at Mount Sinai, New York. The researchers examined six regions composing the brain’s reward circuitry, providing an enormous resource of information for studying the biological basis of cocaine addiction.

To characterize the entire life-cycle, Dr. Nestler and colleagues looked for differences in gene expression when mice were first exposed to cocaine; in cocaine-addicted mice after a short (24 hours) or long (30 days) period of withdrawal from the drug; and when addicted mice were re-exposed to cocaine after the 30-day withdrawal. “The experimental design thus allowed us to study how gene expression across brain reward regions changes over time as a result of volitional cocaine intake,” said Dr. Nestler.

The analysis revealed changes in many transcripts involved in key biological processes, providing clues into the brain functions that might lead to cocaine addiction. Many changes were in the same direction (increased or decreased) throughout the reward circuitry, suggesting they may be good targets for new treatments. Interestingly, the size of the changes depended on the condition–where the mice were in the life-cycle of cocaine self-administration–highlighting unique gene changes associated with the different stages of drug taking. The study also identified several molecules responsible for regulating the expression of the genes associated with addiction-like behavior.

Background
Global changes in gene expression underlying circuit and behavioral dysregulation associated with cocaine addiction remain incompletely understood. Here, we show how a history of cocaine self-administration (SA) reprograms transcriptome-wide responses throughout the brain’s reward circuitry at baseline and in response to context and/or cocaine re-exposure after prolonged withdrawal (WD).

Methods
We assigned male mice to one of six groups: saline/cocaine SA + 24-hour WD or saline/cocaine SA + 30-day WD + an acute saline/cocaine challenge within the previous drug-paired context. RNA sequencing was conducted on six interconnected brain reward regions. Using pattern analysis of gene expression and factor analysis of behavior, we identified genes that are strongly associated with addiction-related behaviors and uniquely altered by a history of cocaine SA. We then identified potential upstream regulators of these genes.

Conclusions
This comprehensive picture of transcriptome-wide regulation in the brain’s reward circuitry by cocaine SA and prolonged WD provides new insight into the molecular basis of cocaine addiction, which will guide future studies of the key molecular pathways involved.