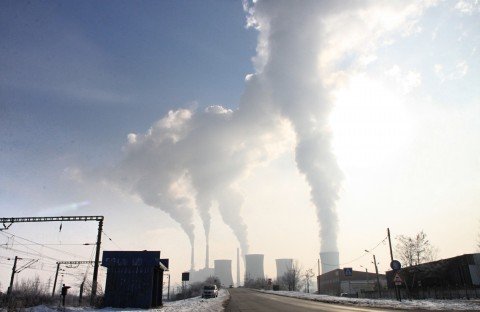 “This study raises interesting questions about suicide rates in counties where coal-fired electrical plants operate and suggests that the quality of air can affect people suffering from different mood disorders,” Spangler said.

The study is published in the most recent online edition of the Journal of Mood Disorders.

While prior research has evaluated the association between environmental contamination and mood disorders and suicide, coal emissions have not been looked at in this fashion, Spangler said. “This is the first study to show that the existence of coal-fired electricity plants is related to population-level suicide rates. Because suicide might be associated with environmental pollution, this study may help inform regulations not only of air pollutants, but also of coal-fired electrical power plant emissions.”

Spangler has conducted previous ecological research into environmental heavy metals, looking at their correlation to diabetes mortality, chronic liver disease death, cancer mortality and infant mortality. Spangler said the study was subject to a number of limitations because it only looked at county-level characteristics and could not control for factors in individual residents.

“Still, it raises the interesting question of whether suicide in a given population is related to the presence or absence of coal-fired electricity plants and the air quality,” he said. “Further research is needed to understand what factors related to coal burning actually are at play and suggest that tighter regulation of coal-fired power plant emissions might cut down on county suicide rates in North Carolina.”

Notes about this pollution and suicide research