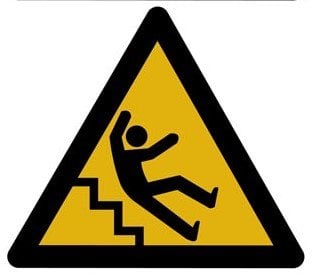 While we might see increased clumsiness as a normal consequence of age related breakdown in agility and other physical abilities, researchers suggests that some of these day-to-day reaching-and-grasping difficulties may be be caused by changes in the mental frame of reference that older adults use to visualize nearby objects.
Home
Featured

For many older adults, the aging process seems to go hand-in-hand with an annoying increase in clumsiness — difficulties dialing a phone, fumbling with keys in a lock or knocking over the occasional wine glass while reaching for a salt shaker.

While it’s easy to see these failings as a normal consequence of age-related breakdowns in agility, vision and other physical abilities, new research from Washington University in St. Louis suggests that some of these day-to-day reaching-and-grasping difficulties may be be caused by changes in the mental frame of reference that older adults use to visualize nearby objects.

“Reference frames help determine what in our environment we will pay attention to and they can affect how we interact with objects, such as controls for a car or dishes on a table,” said study co-author Richard Abrams, PhD, professor of psychology in Arts & Sciences.

“Our study shows that in addition to physical and perceptual changes, difficulties in interaction may also be caused by changes in how older adults mentally represent the objects near them.”

Young adults, the researchers explain, have been shown to use an “action-centered” reference frame that is sensitive to the movements they are making. So, when young people move their hands to pick up an object, they remain aware of and sensitive to potential obstacles along the movement path. Older adults, on the other hand, tend to devote more attention to objects that are closer to their bodies — whether they are on the action path or not.

“We showed in our paper that older adults do not use an “action centered” reference frame. Instead they use a “body centered” one,” Bloesch said. “As a result, they might be less able to effectively adjust their reaching movements to avoid obstacles — and that’s why they might knock over the wine glass after reaching for the salt shaker.”

These findings mesh well with other research that has documented age-related physical declines in several areas of the brain that are responsible for hand-eye coordination. Older adults exhibit volumetric declines in the parietal cortex and intraparietal sulcus, as well as white-matter loss in the parietal lobe and precuneus. These declines may make the use of an action-centered reference frame difficult or impossible.

“These three areas are highly involved in visually guided hand actions like reaching and grasping and in creating attentional reference frames that are used to guide such actions. These neurological changes in older adults suggest that their representations of the space around them may be compromised relative to those of young adults and that, consequently, young and older adults might encode and attend to near-body space in fundamentally different ways,” the study finds.

Gut-Derived Metabolites That Play a Role in Neurodegeneration Identified

As the U.S. population ages, research on these issues is becoming increasingly important. An estimated 60-to-70 percent of the elderly population reports difficulty with activities of daily living, such as eating and bathing and many show deficiencies in performing goal-directed hand movements. Knowing more about these aging-related changes in spatial representation, the researchers suggest, may eventually inspire options for skills training and other therapies to help seniors compensate for the cognitive declines that influence hand-eye coordination.

Notes about this aging and neuropsychology research

This research, supported by Grant AG0030 from the National Institute on Aging.