Chemogenetic Technique Turns Mouse Behavior On and Off

Neuroscientists have perfected a chemical-genetic remote control for brain circuitry and behavior. This evolving technology can now sequentially switch the same neurons – and the behaviors they mediate – on-and-off in mice, say researchers funded by the National Institutes of Health. Such bidirectional control is pivotal for decoding the brain workings of complex behaviors. The findings are the first to be published from the first wave of NIH grants awarded last fall under the BRAIN Initiative.

“With its new push-pull control, this tool sharpens the cutting edge of research aimed at improving our understanding of brain circuit disorders, such as schizophrenia and addictive behaviors,” said NIH director Francis S. Collins, M.D., Ph.D.

Bryan Roth, M.D., Ph.D. , of the University of North Carolina, Chapel Hill; Michael Krashes, Ph.D. , of NIH’s National Institute of Diabetes and Digestive and Kidney Diseases; and colleagues, debut the second generation of the tool, called DREADD – Designer Receptors Exclusively Activated by Designer Drugs – on April 30, 2014 in the journal Neuron.

DREADD 2.0 improves on a widely-adopted technology developed by Roth, a grantee of NIH’s National Institute of Mental Health, and colleagues, over the past decade. It achieves remote control by introducing a synthetic brain chemical messenger system that integrates with the workings of naturally-occurring systems.

Researchers genetically-engineer mice to have brains containing what they dub “designer receptors” in specific circuits. These are synthetic proteins on the surface of neurons that can only be activated by a matching synthetic chemical that otherwise has no biological effect – like a lock that can only be opened by a unique key. When the “designer drug” binds to its receptor, depending on its programming, it either triggers or blocks neuronal activity, thus giving researchers experimental control over the animal’s brain circuits and behaviors. 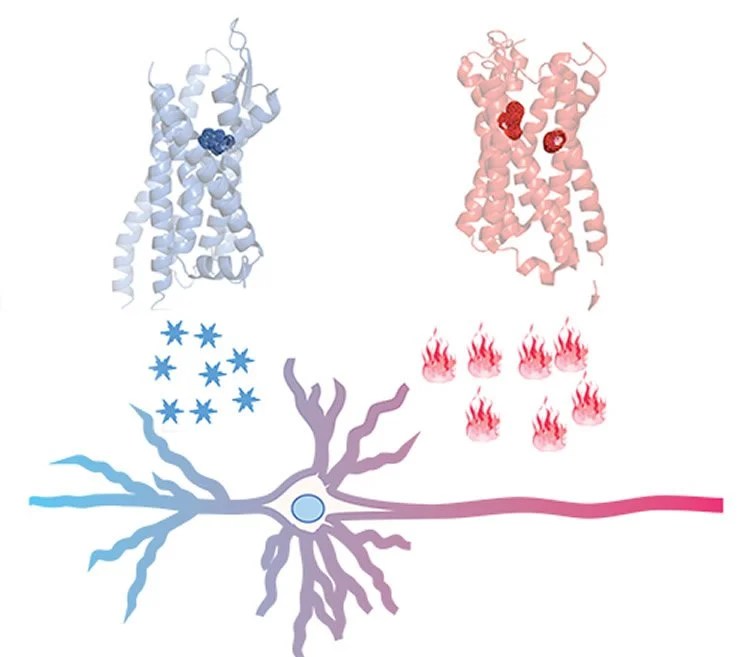 Early iterations of DREADD could only control activity in one direction – on or off – in the same population of cells. DREADD 2.0 takes advantage of properties offered by a particular type of receptor, paired with a biologically inert chemical that binds to it, to add bidirectional control. Coupled with an existing DREADD, it can be used experimentally to probe circuitry of a broad range of behaviors via sequential, on-and-off control of neurons. It’s like having two sets of locks with their own unique keys – one triggering “on,” the other turning “off.” For example, the researchers demonstrated how the improved DREAD toolkit can bi-directionally control animals’ movement and feeding behaviors.

Since DREADD effects last about an hour – as opposed to milliseconds with an alternative optical-genetic technology – it may be the tool of choice for studies of behaviors requiring prolonged control of circuitry and/or minimal invasiveness.

A New DREADD Facilitates the Multiplexed Chemogenetic Interrogation of Behavior