Summary: A fatal brain stem tumor was cleared by injecting it with engineered T-cells that recognized cancer and targeted it for destruction in mouse models, researchers report.

Engineered human immune cells can vanquish a deadly pediatric brain tumor in a mouse model, a study from the Stanford University School of Medicine has demonstrated.

The study, which was published online April 16 in Nature Medicine, represents the first time a severe brainstem cancer, diffuse intrinsic pontine glioma, has been eradicated in mice with the tumor. DIPG affects a few hundred school-age children across the country each year and has a median survival time of only 10 months; there is no cure. In mice whose brainstems were implanted with human DIPG, engineered immune cells known as chimeric antigen receptor T cells — or CAR-T cells — were able to eliminate tumors, leaving very few residual cancer cells.

“I was pleasantly surprised with how well this worked,” said Michelle Monje, MD, PhD, assistant professor of neurology and a senior author of the study. “We gave CAR-T cells intravenously, and they tracked to the brain and cleared the tumor. It was a dramatically more marked response than I would have anticipated.”

When the brains of the mice were examined via immunostaining after treatment, the animals had, on average, a few dozen cancer cells left, compared with tens of thousands of cancer cells in animals that received a control treatment.

“As a cancer immunotherapist, what gets me really excited is when you take an established tumor and you make it disappear,” said Crystal Mackall, MD, professor of pediatrics and of medicine and the study’s other senior author. “In animal studies, we can often slow the growth of a tumor, shrink a tumor or prevent tumors from forming. But it isn’t so often that we take a tumor that’s established and eradicate it — and that’s what you want in the clinic.”

However, some mice experienced dangerous levels of brain swelling, a side effect of the immune response triggered by the engineered cells, the researchers said, adding that extreme caution will be needed to introduce the approach in human clinical trials.

To begin the research, the scientists screened human DIPG tumor cultures for surface molecules that could act as targets for CAR-T cells. In CAR-T therapies now used in humans, some of the patient’s own immune cells are removed, engineered to attack a surface antigen on the cancer cells, and returned to the patient’s body, where they target the cancer cells for destruction. Cell surface antigens are large molecules sticking out from a cell that help the immune system determine whether the cell is harmless or harmful.

Monje’s team identified a sugar molecule, GD2, which is abundant on the surface of DIPG tumors in 80 percent of cases. Excess expression of the sugar is caused by the same mutation that drives the growth of most DIPG tumors, known as the H3K27M mutation, the team found. Scientists have known for decades that GD2 levels on some other forms of cancer are very high, but its discovery on this tumor came as a surprise, Mackall said, adding, “It was hiding in plain sight, and we didn’t know.”

Mackall’s team had already designed a way to make CAR-T cells that attack the GD2 sugar; similar anti-GD2 CAR-T cells are now being tested in clinical trials in a few other cancers. In a dish, Mackall’s CAR-T cells killed cultured DIPG cells that carry the H3K27M mutation. If the cultured cells were genetically modified to stop expressing the target sugar, the CAR-T cells no longer worked. Other CAR-T cells that were tuned to different molecular targets also did not kill the DIPG cancer cells.

Next, the team tested the GD2 CAR-T cells in mice whose brainstem was implanted with human DIPG tumors, an experimental system that Monje’s lab pioneered. Seven to eight weeks after the tumor was established, each mouse received one intravenous injection of GD2 CAR-T cells or, as a control treatment, an injection of CAR-T cells that react to a different target. The cells are able to cross the blood-brain barrier. In the mice that received GD2 CAR-T cells, the DIPG tumors were undetectable after 14 days, while mice receiving the control treatment had no tumor regression. After 50 days, the animals were euthanized and their brains examined. Using immunostaining, the researchers counted the remaining tumor cells; the mice treated with GD2 CAR-T cells had a few dozen remaining cancer cells per animal, while each control mouse had tens of thousands of cancer cells. In the GD2 CAR-T treated animals, the residual cancer cells did not express GD2, suggesting that these remaining cells were not vulnerable to the immune therapy and might be able to cause the cancer to recur.

Risky to use near thalamus

Gliomas occurring in the spinal cord and thalamus of children also exhibit the H3K27M mutation and were found to similarly express very high levels of GD2. The research team also tried the GD2 CAR-T therapy in mice with human spinal cord and thalamic tumors implanted in their respective anatomical locations. Spinal cord tumors were effectively cleared by the GD2 CAR-T cells. However, some animals with thalamic tumors died from the CAR-T treatment. The inflammatory response generated by the immune cells caused brain swelling, which is particularly risky near the thalamus, a structure buried deep inside the brain, the researchers reported.

“While this strategy is very promising for a disease with few therapeutic options, it’s crucially important to keep in mind that these tumors are located in precarious neuroanatomical sites that just do not tolerate much swelling — and those regions are already expanded by tumors,” Monje said. “With any effective clearing of a tumor by the immune system, by definition there is inflammation, which means there will be some degree of swelling. It’s a dangerous situation.”

The team plans to move the CAR-T treatment into human clinical trials, but will build as many safeguards as possible into the trial to minimize risks to people who participate, Monje said. “I think this is something we can bring to the clinic soon, but it needs to be done very carefully,” she said.

“These CAR-T cells are extremely potent,” Mackall said, noting that a therapy that uses CAR-T cells to treat pediatric leukemia was approved by the Food and Drug Administration in 2017. “In leukemia, that potency is the reason this has been a transformative therapy, but it is also the major cause for toxicity. It’s very difficult to find a cancer medicine that works but doesn’t have a down side.”

Because the CAR-T cells do not eradicate all cancer cells, the researchers think the immune therapy will need to be combined with other treatments. Monje’s team is also studying chemotherapy drugs to treat DIPG.

“I don’t think one strategy is going to cure this extremely aggressive and deadly cancer,” Monje said. “However, I think CAR-T immunotherapy is part of the puzzle of DIPG treatment in a way that I’m quite hopeful about.”

What’s the Best Way to Soothe a Crying Baby?

The team’s work is an example of Stanford Medicine’s focus on precision health, the goal of which is to anticipate and prevent disease in the healthy and precisely diagnose and treat disease in the ill.

A scientist from Free University Amsterdam Medical Center also contributed to the research. 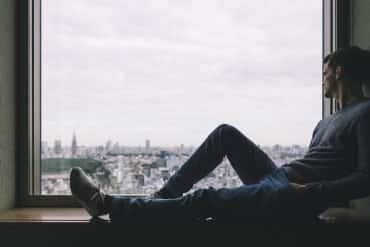