Summary: New discovery could change the way we think about how the brain helps us to navigate.

Neuroscientists’ discovery of grid cells, popularly known as the brain’s GPS, was hailed as a major discovery. But new results suggest the system is more complicated than anyone had guessed.

Just like a driver in a car, the brain needs some basic navigational instruments to get around, and it is not an idle analogy. In fact, scientists have found brain cells that are similar to speedometers, compasses, GPS and even collision warning systems.

That simple analogy, however, may belie the more complex way our brains actually map out the world, Stanford researchers report April 6 in Neuron. While some of the neurons in our internal navigation systems look a lot like speedometers or compasses, many others operate flexibly, each one encoding a dynamic mix of navigational variables, like a compass that somehow transforms into a GPS when driving downtown.

It’s a discovery that could change the way we think about navigation in the brain, said Lisa Giocomo, an assistant professor of neurobiology in the School of Medicine and member of Stanford Bio-X and the Stanford Neurosciences Institute. In fact, it might even challenge one of our most basic assumptions about how neurons work.

Beginning at the boundary

The project began in 2014 when Giocomo and Surya Ganguli, an assistant professor of applied physics, got a Bio-X seed grant to take a closer look at how the brain finds its way around. It was the same year a Nobel Prize was awarded for the discovery of grid cells, specialized neurons that help animals keep track of where they are in their environments. At the time, they were hailed as the brain’s GPS.

But something was off: While some neurons fell within the ballpark of how a grid cell was supposed to behave, most provided only noisy, error-prone navigation, like a GPS on the fritz. That led Ganguli, Giocomo and Kiah Hardcastle, a Stanford Neurosciences Institute graduate fellow, to wonder whether the brain had a way to correct those errors.

As it turns out, the brain does have a way: boundary cells, so named because they fire when nearing walls and other landmarks. By tracking neuron firing in mice as they walked around a square box, the group found that boundary cells help reset wayward grid cells, much like stumbling on a familiar spot helps reorient someone who had been hopelessly lost.

That finding, published in 2015, was significant in its own right – until then, no one understood how grid cells could track position error-free over long distances. But something more surprising was in store.

At first, the group – now including Niru Maheswaranathan, a neurosciences graduate student – just wanted to see what else boundary cells might be up to, Hardcastle said. But as the team members looked around at more navigational neurons, they found that only a few fit into any predefined category.

“There were all these cell types that didn’t have a name,” Hardcastle said. “They weren’t grid or border, head direction or speed cells, which are the four main types. This started as an extension of previous work, but then it really took a left turn.”

Most of the neurons they came across encoded a mix of navigational variables. For example, most neurons that appeared to be grid cells or head-direction cells also tracked speed. Speed cells, meanwhile, were tuned in strange ways. For example, one cell might fire when a mouse moved either quickly or slowly, but not at intermediate speeds.

And above all, it was hard to identify any particular set of neuron types, let alone a set that looked like standard navigational instruments. Instead, each neuron seemed to respond a little differently from each other.

How the brain thinks

Giocomo said one of the take-home messages of this work is that there isn’t a good mathematical model for the brain’s navigation system. Existing models make assumptions that simply are not compatible with their results. “We need to rethink basically what the mechanism is,” she said.

There’s a broader issue, too, Ganguli said: the cells of the brain do not necessarily think the way we think, in which case it could be misguided to assume the brain navigates using the same tools – speedometers, compasses, and so forth – as we would.

COVID Patients on SSRI Antidepressants Are Less Likely to Die

Giocomo is a New York Stem Cell Foundation Robertson Investigator and a James S. McDonnell and Klingenstein-Simons Fellow. Hardcastle is the Mark and Mary Stevens Interdisciplinary Graduate Fellow, affiliated with the Stanford Neurosciences Institute. Ganguli is also a member of Stanford Bio-X.

A Multiplexed, Heterogeneous, and Adaptive Code for Navigation in Medial Entorhinal Cortex

Summary
Medial entorhinal grid cells display strikingly symmetric spatial firing patterns. The clarity of these patterns motivated the use of specific activity pattern shapes to classify entorhinal cell types. While this approach successfully revealed cells that encode boundaries, head direction, and running speed, it left a majority of cells unclassified, and its pre-defined nature may have missed unconventional, yet important coding properties. Here, we apply an unbiased statistical approach to search for cells that encode navigationally relevant variables. This approach successfully classifies the majority of entorhinal cells and reveals unsuspected entorhinal coding principles. First, we find a high degree of mixed selectivity and heterogeneity in superficial entorhinal neurons. Second, we discover a dynamic and remarkably adaptive code for space that enables entorhinal cells to rapidly encode navigational information accurately at high running speeds. Combined, these observations advance our current understanding of the mechanistic origins and functional implications of the entorhinal code for navigation. 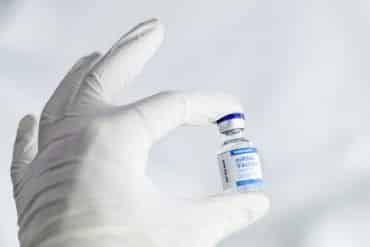