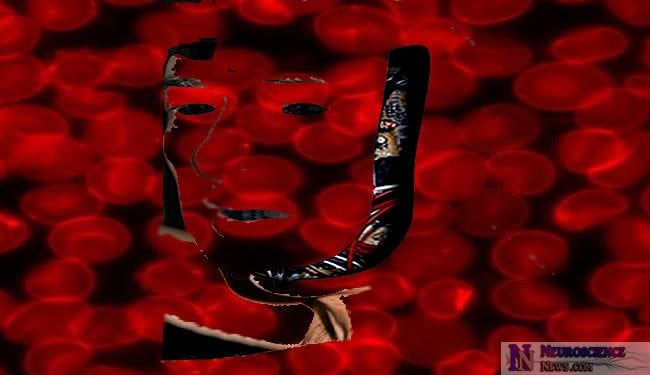 Could electronic components made from human blood be the key to creating cyborg interfaces? Circuitry that links human tissues and nerve cells directly to an electronic device, such as a robotic limb or artificial eye might one day be possible thanks to the development of biological components.

Writing in the International Journal of Medical Engineering and Informatics, a team in India describes how a “memristor” can be made using human blood. Memristors were a theoretical electronic component first suggested in 1971 by Berkeley electrical engineer Leon Chua and finally developed in the laboratory by scientists at Hewlett Packard using titanium dioxide in 2008. A memristor is a passive device, like a resistor, with two terminals but rather than having a fixed electrical resistance, its ability to carry a current changes depending on the voltage applied previously; it retains a memory of the current, in other words.

There are countless patents linking the development of memristors to applications in programmable logic circuits, as components of future transistors, in signal processing and in neural networks. S.P. Kosta of the Education Campus Changa in Gujarat and colleagues have now explored the possibility of creating a liquid memristor from human blood. In parallel work they are investigating diodes and capacitors composed of liquid human tissues.

They constructed the laboratory-based biological memristor using a 10 ml test tube filled with human blood held at 37 Celsius into which two electrodes are inserted; appropriate measuring instrumentation was attached. The experimental memristor shows that resistance varies with applied voltage polarity and magnitude and this memory effect is sustained for at least five minutes in the device.

Having demonstrated memristor behavior in blood, the next step was to test that the same behavior would be observed in a device through which blood is flowing. This step was also successful. The next stage will be to develop a micro-channel version of the flow memristor device and to integrate several to carry out particular logic functions. This research is still a long way from an electronic to biological interface, but bodes well for the development of such devices in the future.