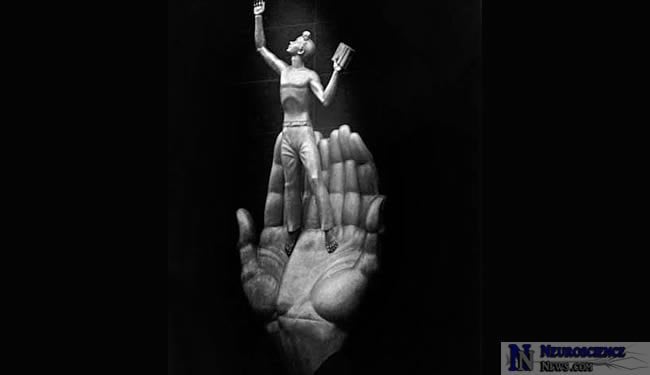 The research also found that each blind person’s tactile perception time was nearly equal to their average speed of their finger moving from one Braille character to the next.

More details are provided in the article below.

People who are blind from birth are able to detect tactile information faster than people with normal vision, according to a study in the Oct. 27 issue of The Journal of Neuroscience.

The brain requires a fraction of a second to register a sight, sound, or touch. In this study, a group of researchers led by Daniel Goldreich, PhD, of McMaster University explored whether people who have a special reliance on a particular sense,in the way blind people rely on touch, would process that sense faster.

“Our findings reveal that one way the brain adapts to the absence of vision is to accelerate the sense of touch,” Goldreich said. “The ability to quickly process non-visual information probably enhances the quality of life of blind individuals who rely to an extraordinary degree on the non-visual senses.”

The authors tested the tactile skills of 89 people with sight and 57 people with various levels of vision loss. The volunteers were asked to discern the movements of a small probe that was tapped against the tips of their index fingers. Both groups performed the same on simple tasks, such as distinguishing small taps versus stronger taps. But when a small tap was followed almost instantly by a larger and longer-lasting vibration, the vibration interfered with most participants’ ability to detect the tap, a phenomenon called masking. However, the 22 people who had been blind since birth performed better than both people with vision and people who had become blind later in life.

“We think interference happens because the brain has not yet completed the neural processing required to fully perceive the tap before the vibration arrives and disrupts it,” Goldreich said. “The more time between the tap and the vibration, the more formed the perception of the tap will be, and the less interference the vibration will cause.”

The authors measured the minimum amount of time needed for participants to perceive sensory input by varying the period between the tap and the vibration. They found that congenitally blind people required shorter periods than anyone else. Those same individuals also read Braille fastest. The authors note that each blind person’s perception time was approximately equal to the average time that person took to move a finger from one Braille character to the next as they read.

The findings suggest that early onset blindness leads to faster perception of touch. However, whether that advantage is due to the brain adapting to the absence of vision, a change called plasticity, or to a lifetime of practicing Braille is still unclear.

Richard Held, PhD, of Massachusetts Institute of Technology, an expert in the brain and visual development who was unaffiliated with the study, said the results suggest that a lack of visual experience changes how information acquired by touch is processed.

“The heightened skill of tactile integration seems to account for the remarkable speed of Braille-reading demonstrated by some congenitally blind individuals,” Held said. “This work constitutes a solid step forward in our understanding of the interaction between senses.”

Notes:
The research was supported by the National Eye Institute and the Natural Sciences and Engineering Research Council in Canada.

The Journal of Neuroscience is published by the Society for Neuroscience, an organization of more than 40,000 basic scientists and clinicians who study the brain and nervous system.