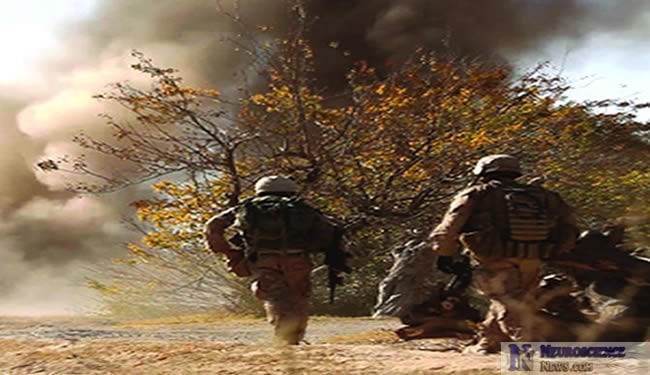 Blast-Related Injuries Detected in the Brains of U.S. Military Personnel

An advanced imaging technique has revealed that some U.S. military personnel with mild blast-related traumatic brain injuries have abnormalities in the brain that have not been seen with other types of imaging.

The abnormalities were found in the brain’s white matter, the wiring system that nerve cells in the brain use to communicate with each other.

The study is reported June 2 in The New England Journal of Medicine by scientists at Washington University School of Medicine in St. Louis and the Landstuhl Regional Medical Center in Landstuhl, Germany.

They evaluated 84 U.S. military personnel evacuated to Landstuhl from Iraq and Afghanistan after exposure to many types of explosive blasts. Abnormalities were found in 18 of 63 patients diagnosed with mild traumatic brain injury, but not among 21 injured in other ways.

“We call these injuries ‘mild’, but in reality they sometimes can have serious consequences,” says senior author David L. Brody, MD, PhD, assistant professor of neurology at Washington University School of Medicine in St. Louis.

In the new study, white matter abnormalities were detected using an advanced magnetic resonance imaging method called diffusion tensor imaging. Diffusion tensor imaging allows scientists to assess the movement of water in tissue. Changes in the patterns of water movement are often linked to injury or disease, but the significance of the abnormalities seen in the military service personnel is not yet fully understood.

Mild traumatic brain injury has been a controversial topic, and the new approach may provide an additional tool to help resolve some of the debate. Much of the controversy has revolved around whether symptoms following mild traumatic brain injuries are due to structural injury to the brain, disruptions in brain chemistry, psychological factors or a combination of these.

“There is still a lot more work to be done before we fully understand whether these abnormalities truly represent significant damage to the brain white matter,” says lead author Christine L. Mac Donald, PhD, research instructor in neurology at Washington University. “And if so, how this damage affects attention, memory, emotional regulation, balance, coordination, sleep and other functions. Likewise, the relationship between mild traumatic brain injury and post-traumatic stress disorder is especially important. Our ongoing studies will hopefully start to answer some of these questions.”

Researchers have used diffusion tensor imaging to study mild civilian brain injuries previously and did not see abnormalities in the areas highlighted by the new study. These regions included the orbitofrontal cortex, an area involved in emotional regulation and reward-based behaviors, and the cerebellum, an area linked to coordination, movement, organization and planning.

These regions were predicted to be especially vulnerable to blasts based on previously published computer simulations. The results suggest that there may be fundamental differences between blast-related traumatic brain injuries and the sorts of mild traumatic brain injuries sustained by civilians, such as those caused by car accidents, falls, blows to the head and sports injuries.

In addition, advanced imaging also showed abnormalities in parts of the brain known to be harmed in civilian trauma.

Up to a year after injury, the white matter abnormalities were still detectible, though their appearance on the scans had changed over time.

The results come from a collaborative team that included Mac Donald, who lived at Landstuhl for five and a half months to work on the study; Col. Stephen F. Flaherty, MD (now retired); and Lt. Col. Raymond Fang, MD, of the military medical staff at Landstuhl Regional Medical Center. The Landstuhl Regional Medical Center has been the central triage point for the wars in Iraq and Afghanistan for many years and is the closest hospital with a reliable MRI scanner.

Brody emphasizes that mild traumatic brain injury is still a diagnosis based on a history of an injury to the head that causes loss of consciousness, memory loss, confusion or other disruption in the function of the brain.

“A negative MRI scan, even with these advanced methods, does not rule out mild traumatic brain injury,” he says. “These MRI-based methods show great promise, but are not yet ready to be used in routine clinical practice.”

Brody said he believes the approach used in the study may prove helpful in military and civilian contexts and in children and adults.

“Our hope is that these advanced MRI-based methods will one day help make more accurate diagnoses, assist with triage and allow treatment interventions to start early for people with traumatic brain injuries,” he says.

Funding from the Congressionally Directed Medical Research Program and the National Institutes of Health (NIH) supported this research.