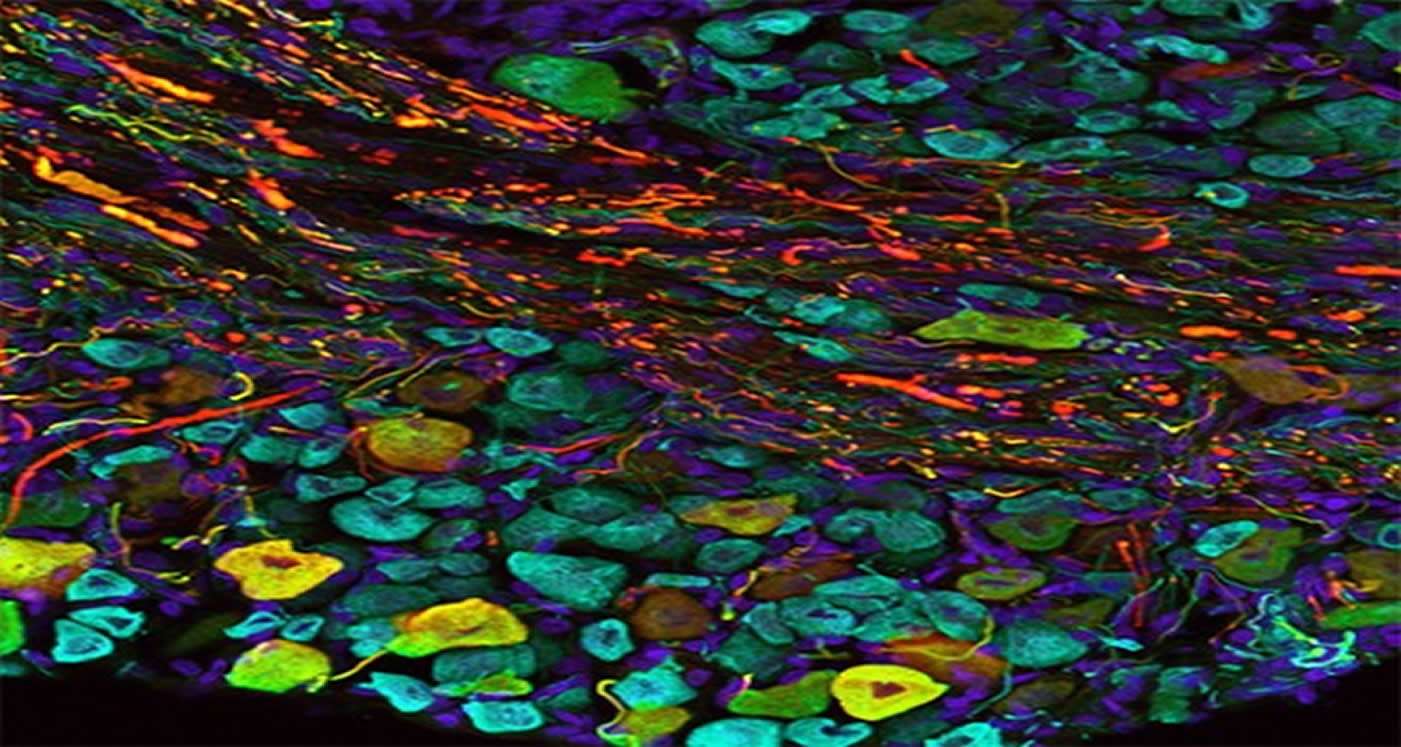 Bats in Flight: How Information About Airflow is Sent to the Brain

Bats fly with breathtaking precision because their wings are equipped with highly sensitive touch sensors, cells that respond to even slight changes in airflow, researchers have demonstrated for the first time.

Scientists from Johns Hopkins University, as well as Columbia University and the University of Maryland, determined how the sense of touch plays a key role in powered flight. In a paper published today in the journal Cell Reports, they show how sensory receptors in bat wings send information about airflow to neurons in the brain, enabling the bat to make split-second flight control adjustments.

“Until now no one had investigated the sensors on the bat’s wing, which allow it to serve as more than a propeller, a flipper, an airplane wing or any simple airfoil,” said Johns Hopkins neuroscientist Cynthia F. Moss, one of the senior authors and a professor in the Department of Psychological and Brain Sciences. “These findings can inform more broadly how organisms use touch to guide movement.”

Moss and the team studied the big brown bat, a common species found throughout North America. Bats are the only mammals capable of true powered flight, able to reach speeds of 7 to 20 miles per hour, and with the sort of aerial maneuverability humans only wish they could engineer.

The team found that the evolutionary process that allowed bats to form wings resulted in unusual tactile circuitry that not only enhances control during flight, but also allows bats to use their wings to climb, cradle their young, and capture insects.

First they discovered an array of sensory receptors in bat wings—a significant number of which are clustered at the base of tiny hairs that cover the appendages. Such placement of these touch cells, both lanceolate endings and Merkel cells, allows the bat, while flying, to sense changes in airflow as the air ruffles the hairs.

When the team stimulated these hairs with brief air puffs, neurons in the bat’s primary somatosensory cortex responded with precisely timed but sparse bursts of activity, suggesting this circuitry helped guide bats during fast, dynamic flight.

The team also found the innervation of bat wings to be unlike that of other mammalian forelimbs—a clue into how wings grew in bats during evolution. The researchers were surprised to discover that neurons in the wing skin connected not only to the higher parts of the spinal cord where forelimbs typically connect, but also to lower parts of the spinal cord that would normally only innervate an animal’s trunk.

These findings lay the groundwork for understanding how bats use sensory information to fly with precision in the dark and catch prey midair. The information, researchers say, could eventually help people design air vehicles that better negotiate obstacles by sensing and adjusting to air turbulence.

The research team included Ellen A. Lumpkin, the other senior author and an associate professor of somatosensory biology at Columbia University, her student and lead author Kara L. Marshall, who with Laura DeSouza, another of Lumpkin’s students, focused on the neuroanatomical part of the study; as well as Susanne J. Sterbing-D’Angelo of Johns Hopkins and the University of Maryland. Mohit Chadha of the University of Maryland contributed the neurophysiological aspects of the work.

Funding: Funding for the research was provided by the Air Force Office of Scientific Research to Sterbing-D’Angelo and Moss, the National Institutes of Health’s National Institute of Neurological Disorders and Stroke, and the Columbia Skin Disease Research Center to Lumpkin.

Summary
Flight maneuvers require rapid sensory integration to generate adaptive motor output. Bats achieve remarkable agility with modified forelimbs that serve as airfoils while retaining capacity for object manipulation. Wing sensory inputs provide behaviorally relevant information to guide flight; however, components of wing sensory-motor circuits have not been analyzed. Here, we elucidate the organization of wing innervation in an insectivore, the big brown bat, Eptesicus fuscus. We demonstrate that wing sensory innervation differs from other vertebrate forelimbs, revealing a peripheral basis for the atypical topographic organization reported for bat somatosensory nuclei. Furthermore, the wing is innervated by an unusual complement of sensory neurons poised to report airflow and touch. Finally, we report that cortical neurons encode tactile and airflow inputs with sparse activity patterns. Together, our findings identify neural substrates of somatosensation in the bat wing and imply that evolutionary pressures giving rise to mammalian flight led to unusual sensorimotor projections.

Feel free to share this article with another neuroscience fan.