US autism rates up 10 percent in new CDC report

Researchers at the Johns Hopkins Bloomberg School of Public Health contributed to a new U.S. Centers for Disease Control and Prevention report that finds the prevalence of autism spectrum disorder (ASD) among 11 surveillance sites as 1 in 54 among children aged 8 years in 2016 (or 1.85 percent). This is a 10 percent increase from the most recent report two years ago when it was 1 in 59, and the highest prevalence since the CDC began tracking ASD in 2000. Consistent with previous reports, boys were 4 to 5 times more likely to be identified with ASD than girls. The rate for ASD is 1 in 34 among boys (or 2.97 percent) and 1 in 145 among girls (or 0.69 percent).

ASD is a developmental disorder characterized by social and communication impairments, along with limited interests and repetitive behaviors. Early diagnosis and intervention are key to improving learning, communication, and other skills. Rates have been rising dramatically in the past three decades, but researchers do not know how much of this rise is due to better detection or an increase in “true” cases or both. Technical factors that may be contributing to an increase in ASD include increased awareness, screening, diagnostic services, treatment and intervention services, better documentation of ASD behaviors, and changes in diagnostic criteria. To date, the causes of autism are not completely understood but studies show that both environment and genetics may play a role.

As in its prior report, the CDC collected data at 11 regional monitoring sites across the U.S. that are part of the Autism and Developmental Disabilities Monitoring (ADDM) Network. The ADDM Network makes its estimates in the participating communities by reviewing health and/or education records to ensure as complete a count as possible. ADDM does not rely solely on the presence of a documented ASD diagnosis; it also counts ASD cases determined by ADDM expert clinicians who review the records.

The Maryland-ADDM monitoring site is based at the Johns Hopkins Bloomberg School of Public Health.

This is the seventh report by the ADDM Network, which has used the same surveillance methods each time. Estimated prevalence rates of ASD in the U.S. reported by previous data were:

“We need to know how many children have ASD in order to prepare our communities and services systems,” says Li-Ching Lee, PhD, ScM, a psychiatric epidemiologist with the Bloomberg School’s departments of Epidemiology and Mental Health and the principal investigator for Maryland-ADDM. “An ongoing and accurate estimate will help to develop realistic plans to support these children now, and later into their adolescence and adulthood.”

For the first time in ADDM’s history, researchers found no statistically significant difference in the ASD prevalence between black and white children. This may suggest progress toward earlier and more equitable identification of ASD, the researchers say.

“Although the gap related to the prevalence of racial and ethnic differences is closing, disparities in early intervention persist for racial and ethnic minorities,” Lee said. “Black and Hispanic children with ASD were evaluated at older ages and were more likely to have intellectual disability than white children.” Later diagnosis can hinder early intervention, considered the most effective treatment for ASD.

In Maryland, the prevalence of ASD was 1 in 52 children: 1 in 33 for boys and 1 in 128 for girls. The data were derived from health and special education records of children who were 8 years old and living in Baltimore County in 2016. 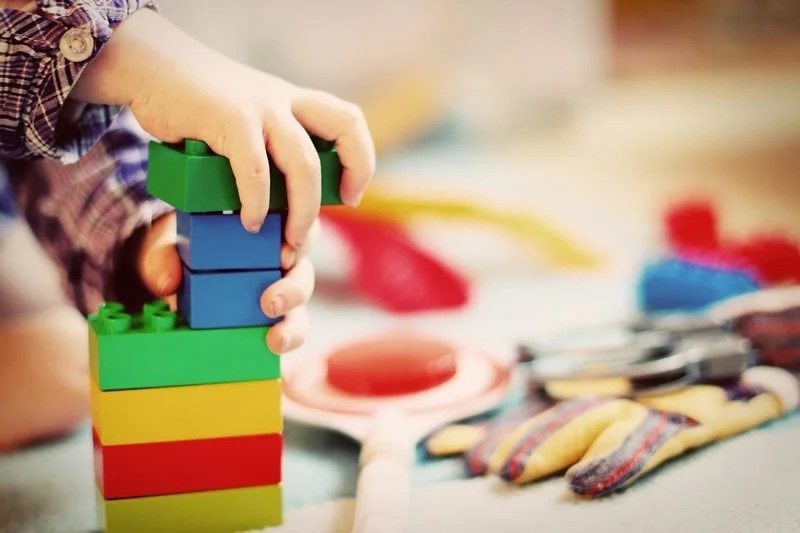 For the first time in ADDM’s history, researchers found no statistically significant difference in the ASD prevalence between black and white children. The image is in the public domain.

ASD can be diagnosed as early as 24 months of age. In Maryland, however, only 48.3 percent of children with ASD received a comprehensive evaluation by 36 months, and the median age at earliest ASD diagnosis was 48 months. “This lag may delay the timing for children with ASD to get diagnosed and receive needed services,” says Lee, who is an associate director of the school’s Wendy Klag Center for Autism and Developmental Disabilities.

The CDC recommends that parents track their child’s development, act quickly, and get their child screened if they have a concern. Free checklists and information for parents, physicians, and child care providers are available at http://www.cdc.gov/ActEarly.

A full copy of the report, “Prevalence of Autism Spectrum Disorder Among Children Aged 8 Years–Autism and Developmental Disabilities Monitoring Network, 11 Sites, United States, 2016” is available on the CDC website: https://www.cdc.gov/mmwr/volumes/69/ss/ss6904a1.htm?s_cid=ss6904a1_w.

A copy of the Community Report with individual state statistics is available: https://www.cdc.gov/ncbddd/autism/addm-community-report/index.html.