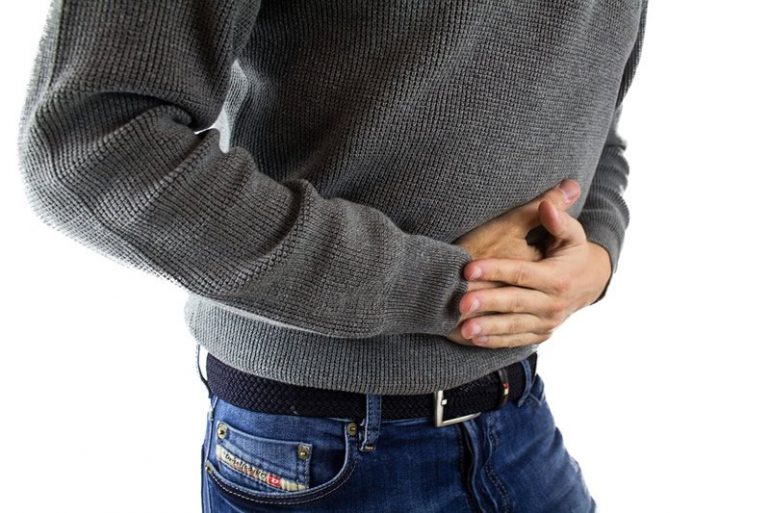 Up to 15% of U.S. adults suffer from indigestion, also known as functional dyspepsia. Image is in the public domain.

Summary: For the 15% of American adults who suffer from frequent indigestion or functional dyspepsia, a new, non-invasive treatment may provide some relief. Respiratory-gated Auricular Vagal Afferent Nerve Stimulation (RAVANS), a form of taVNS, delivers short pulses of painless electrical current to the vagus nerve in tune with respiratory rhythms. The device can modulate the stomach’s response to food ingestion, which is often impaired in those with functional dyspepsia.

People who suffer frequent indigestion may find relief with a small device that hooks onto the ear known as a transcutaneous auricular vagus nerve stimulator, or taVNS. People who used taVNS showed significant improvements in their stomach’s ability to accommodate and process a meal, according to a new study.

The research was scheduled to be presented at the American Physiological Society annual meeting in San Diego this month. Though the meeting, to be held in conjunction with the 2020 Experimental Biology conference, was canceled in response to the COVID-19 outbreak, the research team’s abstract was published in this month’s issue of The FASEB Journal.

Up to 15% of U.S. adults suffer from indigestion, also known as functional dyspepsia. The disorder can cause a premature sensation of fullness and stomach pain after a meal. Though its causes are not well understood, it is thought that the stomach may not stretch and contract appropriately when food is ingested, causing pressure and discomfort.

taVNS devices deliver short pulses of painless electrical current to the vagus nerve, a peripheral nerve (one outside the brain and spinal cord) that runs from the head to the abdomen. While taVNS has been explored as a possible treatment for epilepsy, depression and a variety of other conditions, the new research study is one of the first to assess the potential benefits of auricular taVNS for gastrointestinal problems. The study involved a particular type of taVNS device, Respiratory-gated Auricular Vagal Afferent Nerve Stimulation (RAVANS), that delivers electrical pulses in tune with the respiratory rhythm.

“Our findings suggest that RAVANS has the ability to modulate the stomach’s response to food ingestion, which may be impaired in functional dyspepsia patients,” said lead study author Roberta Sclocco, Ph.D., a postdoctoral fellow at Massachusetts General Hospital and Harvard Medical School, who is also affiliated with Logan University in Missouri. “RAVANS is a non-invasive, safe peripheral nerve stimulation intervention and while our results are encouraging, further research is needed to estimate the optimal dose and timings of this intervention.”

Sclocco and colleagues tested RAVANS in 12 volunteers with functional dyspepsia. All volunteers participated in two research sessions in which they wore the RAVANS device or control, ate a meal and underwent magnetic resonance imaging (MRI) scans 15, 65 and 80 minutes after eating.

MRI scans revealed the ratio of stomach volume to the volume of ingested food was higher during RAVANS, indicating that taVNS helped participants’ stomachs expand to accommodate the meal. In addition, the stomach emptied more quickly during the 80 minutes following the meal during RAVANS.

The findings suggest that modulating the activity of the vagus nerve with taVNS could help reduce symptoms of indigestion, though Sclocco cautioned that patients should ask a doctor before trying it. Stimulating the vagus nerve can potentially affect many organs, including the heart. In addition, different taVNS technologies work in different ways, and more research is needed to identify the best approach for functional dyspepsia.

“While taVNS is relatively safe and without major side effects, systems currently available on the market are all different and not optimized for gastric applications,” said Sclocco. “Patients with certain medical conditions may not be good candidates for this therapy and discussing the taVNS option with a medical doctor in the context of a patient’s overall clinical picture is always advisable.”

Why Long COVID Can Cause Pain

Sclocco noted that some people find relief from indigestion with non-technological and non-medical approaches, such as taking slow, deep breaths after eating. The researchers plan to test RAVANS in more volunteers to determine which patients are likely to benefit the most. The team is also working with industry partners to further develop this non-invasive stimulation approach.

Original Research: The study will appear in FASEB Journal