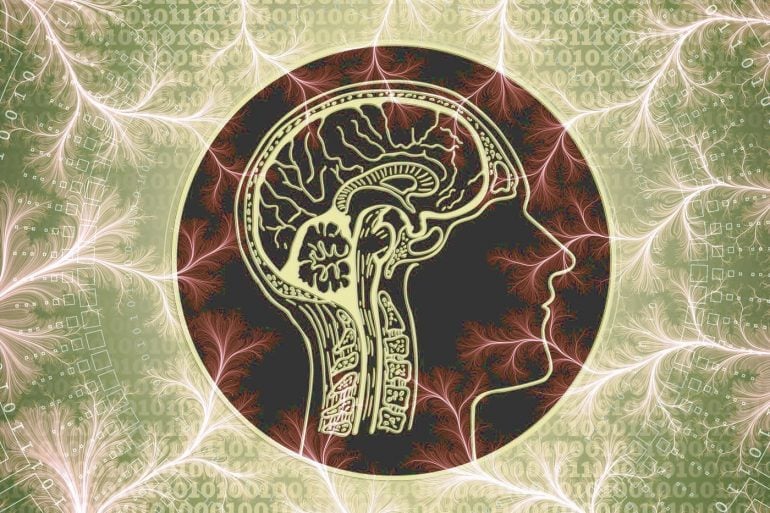 Previous studies have linked the spread of toxic tau, in particular, to degeneration of the brain and symptoms such as memory impairment. Image is in the public domain.

Summary: Tau spreads through the human brain via neural communication pathways. The spread is accelerated by the presence of amyloid-beta.

The present study is a collaboration between Lund University in Sweden and McGill University in Canada, and provides information on how toxic tau spreads in the human brain.

“Our research suggests that toxic tau may spread across different brain regions through direct neuronal connections, much like infectious diseases may spread to different cities through different transportation pathways. The spread is restricted during normal aging, but in Alzheimer’s disease the spread may be facilitated by beta-amyloid, and likely leads to widespread neuronal death and eventually dementia,” says lead author Jacob Vogel from McGill University.

“I think these findings have implications for therapies aiming at stopping the spread of tau and thereby halting the disease progression in Alzheimer’s,” says Oskar Hansson, professor of neurology at Lund University and co-lead investigator of the study.

There are two proteins that are known to be linked to Alzheimer’s disease – beta-amyloid, which forms what is known as a plaque in the brain, and tau, which forms tangles within brain cells. Previous studies have linked the spread of toxic tau, in particular, to degeneration of the brain and symptoms such as memory impairment.

Intense research is ongoing to better understand how toxic tau spreads in the brain, in order to develop new therapies that can stop the spread and thereby stop the disease. Ongoing clinical trials are currently evaluating whether antibodies developed to bind to tau might stop the disease.

“Our findings have implications for understanding the disease, but more importantly for the development of therapies against Alzheimer’s, which are directed against either beta-amyloid or tau. Specifically, the results suggest that therapies that limit uptake of tau into the neurons or transportation or excretion of tau, could limit disease progression,” says Oskar Hansson.

Tau is a hallmark pathology of Alzheimer’s disease, and animal models have suggested that tau spreads from cell to cell through neuronal connections, facilitated by β-amyloid (Aβ). We test this hypothesis in humans using an epidemic spreading model (ESM) to simulate tau spread, and compare these simulations to observed patterns measured using tau-PET in 312 individuals along Alzheimer’s disease continuum. Up to 70% of the variance in the overall spatial pattern of tau can be explained by our model. Surprisingly, the ESM predicts the spatial patterns of tau irrespective of whether brain Aβ is present, but regions with greater Aβ burden show greater tau than predicted by connectivity patterns, suggesting a role of Aβ in accelerating tau spread. Altogether, our results provide evidence in humans that tau spreads through neuronal communication pathways even in normal aging, and that this process is accelerated by the presence of brain Aβ.