Moderate alcohol consumption does not protect against stroke

Blood pressure and stroke risk increase steadily with increasing alcohol intake, and previous claims that 1-2 alcoholic drinks a day might protect against stroke are dismissed by new evidence from a genetic study involving 160,000 adults.

Studies of East Asian genes that strongly affect how much alcohol people choose to drink show that alcohol itself directly increases blood pressure and the chances of having a stroke, according to a new study published in The Lancet. It was known that stroke rates were increased by heavy drinking, but it wasn’t known whether they were increased or decreased by moderate drinking.

Although people who have one or two alcoholic drinks a day had previously been observed to have a slightly lower risk of stroke and heart attack than non-drinkers, it was not known whether this was because moderate drinking was slightly protective, or whether it was because non-drinkers had other underlying health problems (eg, being former drinkers who had stopped because of illness). At least for stroke, the genetic evidence now refutes the claim that moderate drinking is protective.

In East Asian populations, there are common genetic variants that greatly reduce alcohol tolerability, because they cause an extremely unpleasant flushing reaction after drinking alcohol. Although these genetic variants greatly reduce the amount people drink, they are unrelated to other lifestyle factors such as smoking. Therefore, they can be used to study the causal effects of alcohol intake.

As the genetic factors that strongly affect drinking patterns are allocated randomly at conception and persist lifelong, this study is the genetic equivalent of a large randomized trial, and can, therefore, sort out cause-and-effect relationships reliably – a method called “Mendelian randomization.”

Lead author Dr. Iona Millwood, from the Medical Research Council Population Health Research Unit at the University of Oxford, UK, says: “Using genetics is a novel way to assess the health effects of alcohol and to sort out whether moderate drinking really is protective, or whether it’s slightly harmful. Our genetic analyses have helped us understand the cause-and-effect relationships.”

Researchers from Oxford University, Peking University, and the Chinese Academy of Medical Sciences led a large collaborative study of over 500,000 men and women in China who were asked about their alcohol intake and followed for ten years. In over 160,000 of these adults, the researchers measured two genetic variants (rs671 and rs1229984) that substantially reduce alcohol intake.

Among men, these genetic variants caused a 50-fold difference in average alcohol intake, from near zero to about four units (drinks) per day. The genetic variants that decreased alcohol intake also decreased blood pressure and stroke risk. From this evidence, the authors conclude that alcohol increases the risk of having a stroke by about one-third (35%) for every four additional drinks per day (280 g of alcohol a week), with no protective effects of light or moderate drinking.

Professor Zhengming Chen, a co-author from the Nuffield Department of Population Health, University of Oxford, says: “There are no protective effects of moderate alcohol intake against stroke. Even moderate alcohol consumption increases the chances of having a stroke. The findings for heart attack were less clear-cut, so we plan to collect more evidence.”

Of the men with genetic measurements, about 10,000 had a stroke and 2,000 had a heart attack during about ten years of follow-up, so more information is needed on heart attacks.

Few women in China drink alcohol (less than 2% of women in the study drank in most weeks, and when they did drink they consumed less than men), and the genetic variants that cause alcohol intolerance had little effect on blood pressure or stroke risk. Women in this study, therefore, provide a useful control group, which helps confirm that the effects of these genetic variants on stroke risk in men were caused by drinking alcohol, not by some other mechanism.

The authors highlight that it would be impossible to do such a study in Western populations, where almost nobody has the relevant genetic variants. However, these findings about the effects of alcohol in Asia should be applicable worldwide. Because the study was conducted in China, the alcohol consumed was mainly spirits, but they expect the findings to apply to alcohol in other drinks.

Co-author Professor Liming Li, from Peking University, says: “Stroke is a major cause of death and disability. This large collaborative study has shown that stroke rates are increased by alcohol. This should help inform personal choices and public health strategies.” 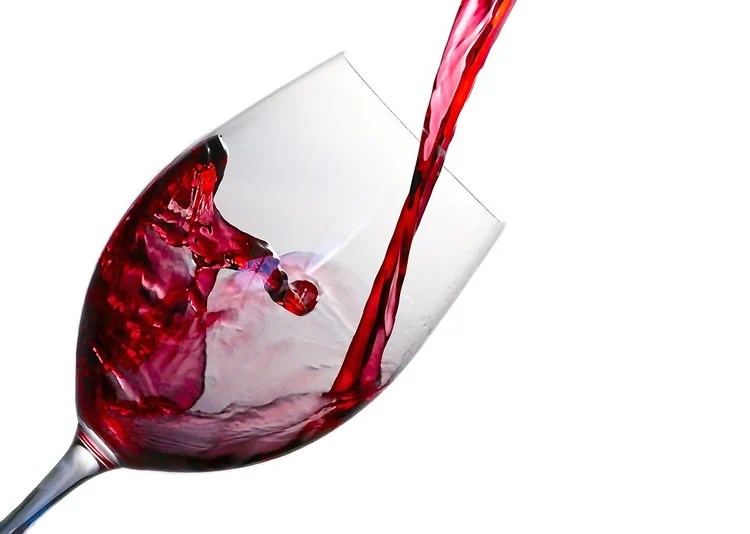 Researchers from Oxford University, Peking University, and the Chinese Academy of Medical Sciences led a large collaborative study of over 500,000 men and women in China who were asked about their alcohol intake and followed for ten years. In over 160,000 of these adults the researchers measured two genetic variants (rs671 and rs1229984) that substantially reduce alcohol intake. The image is in the public domain.

Writing in a linked Comment, Professor Tai-Hing Lam and Dr Au Yeung, from the University of Hong Kong, Hong Kong Special Administrative Region, China, call for a WHO Framework Convention for Alcohol Control (FCAC), similar to the Framework Convention on Tobacco Control (FCTC): “Alcohol control is complex and stronger policies are required. The alcohol industry is thriving and should be regulated in a similar way to the tobacco industry.”

Source:
The Lancet
Media Contacts:
Lancet Press Office – The Lancet
Image Source:
The image is in the public domain.

Conventional and genetic evidence on alcohol and vascular disease aetiology: a prospective study of 500 000 men and women in China

Background
Moderate alcohol intake has been associated with reduced cardiovascular risk in many studies, in comparison with abstinence or with heavier drinking. Studies in east Asia can help determine whether these associations are causal, since two common genetic variants greatly affect alcohol drinking patterns. We used these two variants to assess the relationships between cardiovascular risk and genotype-predicted mean alcohol intake in men, contrasting the findings in men with those in women (few of whom drink).

Methods
The prospective China Kadoorie Biobank enrolled 512 715 adults between June 25, 2004, and July 15, 2008, from ten areas of China, recording alcohol use and other characteristics. It followed them for about 10 years (until Jan 1, 2017), monitoring cardiovascular disease (including ischaemic stroke, intracerebral haemorrhage, and myocardial infarction) by linkage with morbidity and mortality registries and electronic hospital records. 161 498 participants were genotyped for two variants that alter alcohol metabolism, ALDH2-rs671 and ADH1B-rs1229984. Adjusted Cox regression was used to obtain the relative risks associating disease incidence with self-reported drinking patterns (conventional epidemiology) or with genotype-predicted mean male alcohol intake (genetic epidemiology—ie, Mendelian randomisation), with stratification by study area to control for variation between areas in disease rates and in genotype-predicted intake.

Findings
33% (69 897/210 205) of men reported drinking alcohol in most weeks, mainly as spirits, compared with only 2% (6245/302 510) of women. Among men, conventional epidemiology showed that self-reported alcohol intake had U-shaped associations with the incidence of ischaemic stroke (n=14 930), intracerebral haemorrhage (n=3496), and acute myocardial infarction (n=2958); men who reported drinking about 100 g of alcohol per week (one to two drinks per day) had lower risks of all three diseases than non-drinkers or heavier drinkers. In contrast, although genotype-predicted mean male alcohol intake varied widely (from 4 to 256 g per week—ie, near zero to about four drinks per day), it did not have any U-shaped associations with risk. For stroke, genotype-predicted mean alcohol intake had a continuously positive log-linear association with risk, which was stronger for intracerebral haemorrhage (relative risk [RR] per 280 g per week 1·58, 95% CI 1·36–1·84, p<0·0001) than for ischaemic stroke (1·27, 1·13–1·43, p=0·0001). For myocardial infarction, however, genotype-predicted mean alcohol intake was not significantly associated with risk (RR per 280 g per week 0·96, 95% CI 0·78–1·18, p=0·69). Usual alcohol intake in current drinkers and genotype-predicted alcohol intake in all men had similarly strong positive associations with systolic blood pressure (each p<0·0001). Among women, few drank and the studied genotypes did not predict high mean alcohol intake and were not positively associated with blood pressure, stroke, or myocardial infarction.

Interpretation
Genetic epidemiology shows that the apparently protective effects of moderate alcohol intake against stroke are largely non-causal. Alcohol consumption uniformly increases blood pressure and stroke risk, and appears in this one study to have little net effect on the risk of myocardial infarction.