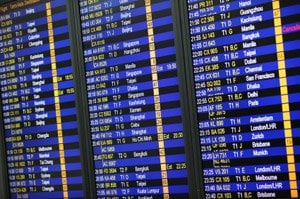 The findings of this study have intriguing implications for designing learning strategies for the mature, older student and equipping senior-housing with relevant visual distraction cues throughout the living environment that would serve as rehearsal opportunities to remember things like an upcoming appointment, even if the cues aren’t consciously paid attention to. Credited to Baycrest Health Sciences.
Home
Featured

Scientists at Baycrest Health Sciences’ Rotman Research Institute (RRI) and the University of Toronto’s Psychology Department have found compelling evidence that older adults can eliminate forgetfulness and perform as well as younger adults on memory tests.

Scientists used a distraction learning strategy to help older adults overcome age-related forgetting and boost their performance to that of younger adults. Distraction learning sounds like an oxymoron, but a growing body of science is showing that older brains are adept at processing irrelevant and relevant information in the environment, without conscious effort, to aid memory performance.

“Older brains may be be doing something very adaptive with distraction to compensate for weakening memory,” said Renée Biss, lead investigator and PhD student. “In our study we asked whether distraction can be used to foster memory-boosting rehearsal for older adults. The answer is yes!”

“To eliminate age-related forgetfulness across three consecutive memory experiments and help older adults perform like younger adults is dramatic and to our knowledge a totally unique finding,” said Lynn Hasher, senior scientist on the study and a leading authority in attention and inhibitory functioning in younger and older adults. “Poor regulation of attention by older adults may actually have some benefits for memory.”

The findings, published in Psychological Science, have intriguing implications for designing learning strategies for the mature, older student and equipping senior-housing with relevant visual distraction cues throughout the living environment that would serve as rehearsal opportunities to remember things like an upcoming appointment or medications to take, even if the cues aren’t consciously paid attention to.

In three experiments, healthy younger adults recruited from the University of Toronto (aged 17– 27) and healthy older adults from the community (aged 60 – 78) were asked to study and recall a list of words after a short delay and again, on a surprise test, after a 15-minute delay.

During the delay period, half of the studied words occurred again as distraction while people were doing a very simple attention task on pictures. Although repeating words as distracters had no impact on the memory performance of young adults, it boosted older adults’ memory for those words by 30% relative to words that had not repeated as distraction.

“Our findings point to exciting possibilities for using strategically-placed relevant distraction as memory aids for older adults; whether it’s in classroom, at home or in a long term care environment,” said Biss.

While older adults are watching television or playing a game on a tablet, boosting memory for goals (such as remembering to make a phone call or send a holiday card) could be accomplished by something as simple as running a stream of target information across the bottom of their tablet or TV.

The study was supported by a grant from the Canadian Institutes of Health Research and the Natural Sciences and Engineering Research Council of Canada.