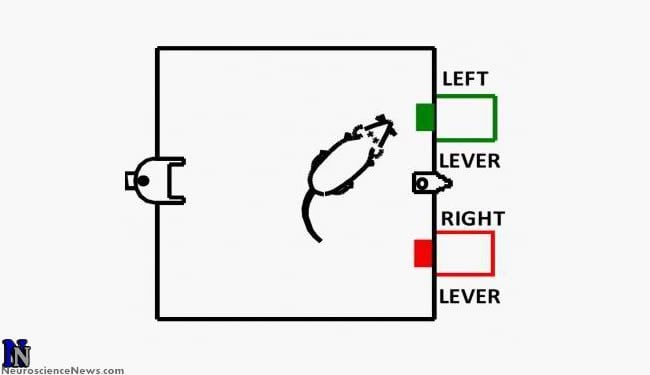 Scientists have developed a way to turn memories on and off—literally with the flip of a switch.

Using an electronic system that duplicates the neural signals associated with memory, they managed to replicate the brain function in rats associated with long-term learned behavior, even when the rats had been drugged to forget.

Berger is the lead author of an article that will be published in the Journal of Neural Engineering. His team worked with scientists from Wake Forest University in the study, building on recent advances in our understanding of the brain area known as the hippocampus and its role in learning.

In the experiment, the researchers had rats learn a task, pressing one lever rather than another to receive a reward. Using embedded electrical probes, the experimental research team, led by Sam A. Deadwyler of the Wake Forest Department of Physiology and Pharmacology, recorded changes in the rat’s brain activity between the two major internal divisions of the hippocampus, known as subregions CA3 and CA1. During the learning process, the hippocampus converts short-term memory into long-term memory, the researchers prior work has shown.

In a dramatic demonstration, the experimenters blocked the normal neural interactions between the two areas using pharmacological agents. The previously trained rats then no longer displayed the long-term learned behavior.

“The rats still showed that they knew ‘when you press left first, then press right next time, and vice-versa,'” Berger said. “And they still knew in general to press levers for water, but they could only remember whether they had pressed left or right for 5-10 seconds.”

Using a model created by the prosthetics research team led by Berger, the teams then went further and developed an artificial hippocampal system that could duplicate the pattern of interaction between CA3-CA1 interactions.

Long-term memory capability returned to the pharmacologically blocked rats when the team activated the electronic device programmed to duplicate the memory-encoding function.

In addition, the researchers went on to show that if a prosthetic device and its associated electrodes were implanted in animals with a normal, functioning hippocampus, the device could actually strengthen the memory being generated internally in the brain and enhance the memory capability of normal rats.

“These integrated experimental modeling studies show for the first time that with sufficient information about the neural coding of memories, a neural prosthesis capable of real-time identification and manipulation of the encoding process can restore and even enhance cognitive mnemonic processes,” says the paper.

Did Gonorrhea Give Us Grandparents?

Next steps, according to Berger and Deadwyler, will be attempts to duplicate the rat results in primates (monkeys), with the aim of eventually creating prostheses that might help the human victims of Alzheimer’s disease, stroke or injury recover function.

The paper is entitled “A Cortical Neural Prosthesis for Restoring and Enhancing Memory.” Besides Deadwyler and Berger, the other authors are, from USC, BME Professor Vasilis Z. Marmarelis and Research Assistant Professor Dong Song, and from Wake Forest, Associate Professor Robert E. Hampson and Post-Doctoral Fellow Anushka Goonawardena.