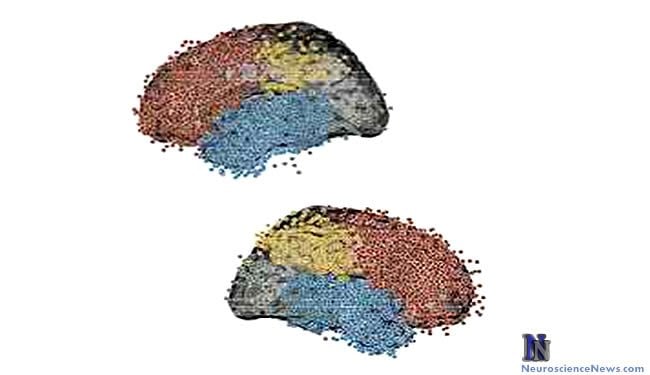 Almost everyone has experienced one memory triggering another, but explanations for that phenomenon have proved elusive. Now, University of Pennsylvania researchers have provided the first neurobiological evidence that memories formed in the same context become linked, the foundation of the theory of episodic memory.

The research was conducted by professor Michael Kahana of the Department of Psychology in the School of Arts and Sciences and graduate student Jeremy R. Manning, of the Neuroscience Graduate Group in Penn’s Perelman School of Medicine. They collaborated with Gordon Baltuch and Brian Litt of the departments of Neurology and Psychology at the medical school and Sean M. Polyn of Vanderbilt University.

Their research was published in the journal Proceedings of the National Academy of Sciences.

“Theories of episodic memory suggest that when I remember an event, I retrieve its earlier context and make it part of my present context,” Kahana said. “When I remember my grandmother, for example, I pull back all sorts of associations of a different time and place in my life; I’m also remembering living in Detroit and her Hungarian cooking. It’s like mental time travel. I jump back in time to the past, but I’m still grounded in the present.”

To investigate the neurobiological evidence for this theory, the Penn team combined a centuries-old psychological research technique — having subjects memorize and recall a list of unrelated words — with precise brain activity data that can only be acquired via neurosurgery.

The study’s participants were all epilepsy patients who had between 50 and 150 electrodes implanted throughout their brains. This was in an effort to pinpoint the region of the brain where their seizures originated. Because doctors had to wait for seizures to naturally occur in order to study them, the patients lived with the implanted electrodes for a period of weeks.

The memory experiment consisted of patients memorizing lists of 15 unrelated words. After seeing a list of the words in sequence, the subjects were distracted by doing simple arithmetic problems. They were then asked to recall as many words as they could in any order. Their implanted electrodes measured their brain activity at each step, and each subject read and recalled dozens of lists to ensure reliable data.

“By examining the patterns of brain activity recorded from the implanted electrodes,” Manning said, “we can measure when the brain’s activity is similar to a previously recorded pattern. When a patient recalls a word, their brain activity is similar to when they studied the same word. In addition, the patterns at recall contained traces of other words that were studied prior to the recalled word.”

The findings provide a brain-based explanation of a memory phenomenon that people experience every day.

The research was supported by the National Institutes of Mental Health and the Dana Foundation.