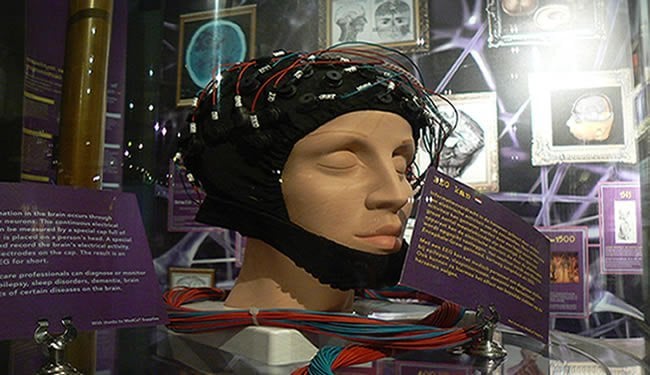 Imagine technology that allows you to get inside the mind of a terrorist to know how, when and where the next attack will occur.

That’s not nearly as far-fetched as it seems, according to a new Northwestern University study.

Say, for purposes of illustration, that the chatter about an imminent terrorist attack is mounting, and specifics about the plan emerge, about weapons that will be used, the date of such a dreaded event and its location.

If the new test used by the Northwestern researchers had been used in such a real-world situation with the same type of outcome that occurred in the lab, the study suggests, culpability extracted from the chatter could be confirmed.

In other words, if the test conducted in the Northwestern lab ultimately is employed for such real-world scenarios, the research suggests, law enforcement officials ultimately may be able to confirm details about an attack date, location, weapon, that emerges from terrorist chatter.

In the Northwestern study, when researchers knew in advance specifics of the planned attacks by the make-believe “terrorists,” they were able to correlate P300 brain waves to guilty knowledge with 100 percent accuracy in the lab, said J. Peter Rosenfeld, professor of psychology in Northwestern’s Weinberg College of Arts and Sciences.

For the first time, the Northwestern researchers used the P300 testing in a mock terrorism scenario in which the subjects are planning, rather than perpetrating, a crime. The P300 brain waves were measured by electrodes attached to the scalp of the make-believe “persons of interest” in the lab.

The most intriguing part of the study in terms of real-word implications, Rosenfeld said, is that even when the researchers had no advance details about mock terrorism plans, the technology was still accurate in identifying critical concealed information.

“Without any prior knowledge of the planned crime in our mock terrorism scenarios, we were able to identify 10 out of 12 terrorists and, among them, 20 out of 30 crime- related details,” Rosenfeld said. “The test was 83 percent accurate in predicting concealed knowledge, suggesting that our complex protocol could identify future terrorist activity.”

Rosenfeld is a leading scholar in the study of P300 testing to reveal concealed information. Basically, electrodes are attached to the scalp to record P300 brain activity — or brief electrical patterns in the cortex — that occur, according to the research, when meaningful information is presented to a person with “guilty knowledge.”

Research on the P300 testing emerged in the 1980s as a handful of scientists looked for an alternative to polygraph tests for lie detection. Since it was invented in the 1920s, polygraphy has been under fire, especially by academics, with critics insisting that such testing measures emotion rather than knowledge.

Rosenfeld and Northwestern graduate student John B. Meixner are co-investigators of the study, outlined in a paper titled “A Mock Terrorism Application of the P300-based Concealed Information Test,” published recently in the journal Psychophysiology.

A New Type of Cellular Communication in the Brain

Study participants (29 Northwestern students) planned a mock attack based on information they were given about bombs and other deadly weapons. They then had to write a letter detailing the rationale of their plan to encode the information in memory.

Then, with electrodes attached to their scalps, they looked at a computer display monitor that presented names of stimuli. The names of Boston, Houston, New York, Chicago and Phoenix, for example, were shuffled and presented at random. The city that study participants chose for the major terrorist attack evoked the largest P300 brainwave responses.

The test includes four classes of stimuli known as targets, non-targets, probes and irrelevants. Targets are sights, sounds or other stimuli the person being questioned already knows or is taught to recognize before the test. Probes are stimuli only a guilty suspect would be likely to know. And irrelevants are stimuli unlikely to be recognized.

“Since 9/11 preventing terrorism is a priority,” Rosenfeld said. “Sometimes you catch suspicious people entering a building. You suspect that they’re terrorists, and you have some leads from the chatter. You’ve heard they’re going to attack one city or another in one fashion or another on one date or another. Our hope is that our new complex protocol different from the first P300 technology developed in the 1980s will one day confirm such chatter in the real world.”

In the laboratory setting, study participants only had about 30 minutes to learn about the attack and to detail their plans. Thus, Rosenfeld said, encoding of guilty knowledge was relatively shallow. It is assumed that real terrorists rehearse details central to a planned attack repeatedly, leading to deeper encoding of related memories, he said. “We suspect if our test was employed in the real world the deeper encoding of planned crime-related knowledge could further boost detection of terrorist intentions.”