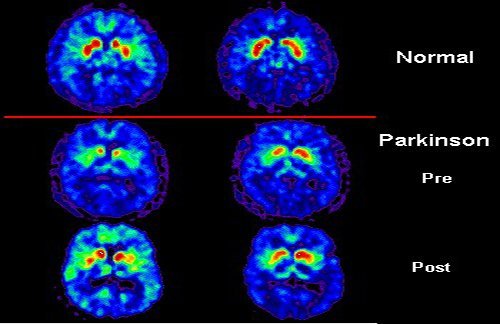 Neuroscience researchers have identified a new molecular pathway underlying Parkinson’s disease. The pathway involves polyamines, which were discovered to be responsible for increased build-up of other toxic proteins in neurons. The research also suggests polyamine lowering drugs could have a protective effect from Parkinson’s disease.

A new study led by researchers at Columbia University Medical Center has identified a novel molecular pathway underlying Parkinson’s disease and points to existing drugs which may be able to slow progression of the disease.

The pathway involved proteins known as polyamines that were found to be responsible for the increase in build-up of other toxic proteins in neurons, which causes the neurons to malfunction and, eventually, die. Though high levels of polyamines have been found previously in patients with Parkinson’s, the new study which appeared in an early online edition of Proceedings of the National Academy of Sciences is the first to identify a mechanism for why polyamines are elevated in the first place and how polyamines mediate the disease.

The researchers also demonstrated in a mouse model of Parkinson’s disease that polyamine-lowering drugs had a protective effect.

“The most exciting thing about the finding is that it opens up the possibility of using a whole class of drugs that is already available,” says Scott A. Small, MD, the senior author of the study and Herbert Irving Associate Professor of Neurology in the Sergievsky Center and in the Taub Institute for Research on Alzheimer’s Disease and the Aging Brain at Columbia University Medical Center. “Additionally, since polyamines can be found in blood and spinal fluid, this may lead to a test that could be used for early detection of Parkinson’s.”

Currently, treatments for Parkinson’s can help alleviate some of the disease’s symptoms, but they cannot prevent the build-up of toxic proteins and the death of neurons caused by the disease. When polyamines were scrutinized decades ago as a potential therapy against cancer, polyamine-lowering drugs were tested and have completed the Phase 1 and 2 safety stages of clinical trials. However, whether the drugs can pass through the blood-brain barrier remains to be determined and further testing will be needed. If the drugs can reduce the level of polyamines in the brain, they may pave the way for a Parkinson’s treatment that can slow the disease’s progression.

Though many cellular defects have been found to cause rare, inherited forms of Parkinson’s disease, most cases of Parkinson’s are caused by unknown changes inside the brain’s neurons.

The researchers used a wide variety of scientific techniques to search for still unidentified defects in the brain. The suite of techniques which started with high resolution brain imaging has been used to reveal previously unknown molecules in the brain that worsen Alzheimer’s disease.

The success of the technique depends on identifying regions of the brain affected by the disease and comparing them to unaffected regions.

Using high resolution functional magnetic resonance imaging (fMRI), Nicole Lewandowski, PhD, who is currently a post-doctoral research scientist in Dr. Small’s lab, identified such regions in the brainstem of patients with Parkinson’s. The scans showed that one region of the brainstem was consistently less active in these patients than in healthy control subjects. Also revealed in the scans was a neighboring region that was unaffected by the disease.

Next, using brain tissue from deceased patients with Parkinson’s, the researchers looked for proteins that could potentially explain the brainstem imaging differences.

“One such protein we found, called SAT1, stood out,” said Dr. Small. “Because SAT1 is known as an enzyme that helps break down polyamines, and previous research had shown that Parkinson’s patients have high levels of polyamines in their brains, we hypothesized that SAT1 and polyamines are involved in the development of Parkinson’s disease.”

To validate the finding, three separate studies in yeast, mice, and people were performed.

The yeast studies revealed that polyamines promote the accumulation of a toxic Parkinson’s-causing protein in living cells, and not just in test tubes, as was known from previous research. Conducted by Gregory Petsko, PhD, the Gyula and Katica Tauber Professor of Biochemistry and Chemistry and Chair of Biochemistry at Brandeis University and Dagmar Ringe, PhD, the Harold and Bernice Davis Professor of Aging and Neurodegenerative Disease Research at Brandeis, the new studies found that yeast cells, engineered to produce the toxic Parkinson’s protein, die more quickly in the presence of increasing polyamine levels. Furthermore, in a screen conducted for mediators of Parkinson’s toxins in the lab of Susan Linquist, PhD, professor of biology in the Whitehead Institute for Biomedical Research and Howard Hughes Medical Institute at MIT, other genes related to polyamine transport were identified.

In the mice studies, a link was established among SAT1, polyamines, and Parkinson’s toxins in a mammalian brain. These experiments also revealed that drugs that target SAT1 may be able to slow down the progression of Parkinson’s disease. Using drugs that increase SAT1 activity and therefore lower polyamine levels, researchers in the lab of Eliezer Masliah, MD, professor of neurosciences and pathology at the UC San Diego School of Medicine, found a decrease in Parkinson’s toxins and the damage which they cause within brain regions affected by the disease.

“Even though the variant was rare in patients with Parkinson’s, finding it was surprising and further strengthens the possibility that defects in the polyamine pathway help to trigger the disease,” said Dr. Small.

This work was supported in part by the National Institute of Neurological Disorders and Stroke, the Parkinson’s Disease Foundation and Columbia’s Irving Institute for Clinical and Translational Research (CTSA).

Authors of the paper are:

The Taub Institute for Research on Alzheimer’s Disease and the Aging Brain at Columbia University Medical Center is a multidisciplinary group that has forged links between researchers and clinicians to uncover the causes of Alzheimer’s, Parkinson’s and other age-related brain diseases and discover ways to prevent and cure these diseases. It has partnered with the Gertrude H. Sergievsky Center at Columbia University Medical Center which was established by an endowment in 1977 to focus on diseases of the nervous system. The Center integrates traditional epidemiology with genetic analysis and clinical investigation to explore all phases of diseases of the nervous system.

Columbia University Medical Center provides international leadership in basic, pre-clinical and clinical research, in medical and health sciences education, and in patient care. The medical center trains future leaders and includes the dedicated work of many physicians, scientists, public health professionals, dentists, and nurses at the College of Physicians and Surgeons, the Mailman School of Public Health, the College of Dental Medicine, the School of Nursing, the biomedical departments of the Graduate School of Arts and Sciences, and allied research centers and institutions. Established in 1767, Columbia’s College of Physicians and Surgeons was the first institution in the country to grant the M.D. degree and is among the most selective medical schools in the country. Columbia University Medical Center is home to the largest medical research enterprise in New York City and state and one of the largest in the United States.