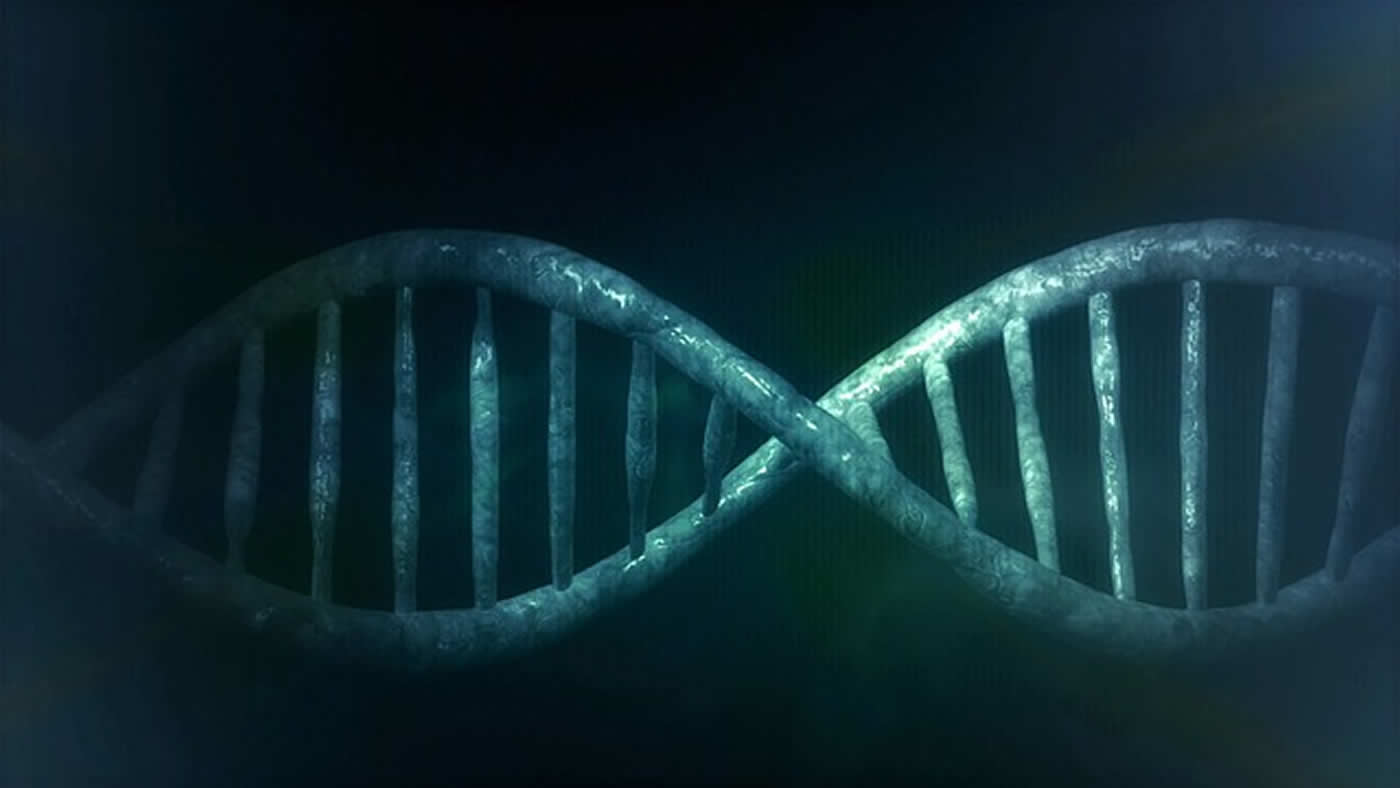 Researchers introduce the concept of “the placebome,”and identifies a network of genes that could significantly influence medicine and clinical trial design – suggesting that placebos play a larger role in health care than previously recognized. The image is for illustrative purposes only.

The Impact of Genetics to the Placebo Response

BIDMC researchers review the effect that genomics is having on placebos in both patient care and clinical research.

Placebos have helped to ease symptoms of illness for centuries and have been a fundamental component of clinical research to test new drug therapies for more than 70 years. But why some people respond to placebos and others do not remains under debate.

With the advent of genomics, researchers are learning that placebo responses are modified by a person’s genetics, a discovery that raises important new questions regarding the role of the placebo in patient care and in drug development: How many genetic biomarkers exist? Can the medical field harness the placebo response to enhance personalized medical treatment? What might be the impact of placebo-drug interactions? And what will this new information mean for randomized clinical trials, which depend on placebo controls to test the efficacy of new drug candidates? Should a “no-treatment” control be added to future trials?

Researchers from the Program in Placebo Studies (PiPS) at Beth Israel Deaconess Medical Center (BIDMC) and the Department of Medicine at Brigham and Women’s Hospital explore these provocative issues in a review of evidence from placebo studies and randomized clinical trials. Published online today in Trends in Molecular Medicine, the article introduces the concept of “the placebome,”and identifies a network of genes that could significantly influence medicine and clinical trial design – suggesting that placebos play a larger role in health care than previously recognized.

“Genetic sequencing is revealing that the placebo response is, in fact, a complex phenotype with an unfolding physiology,” says corresponding author Kathryn T. Hall, PhD, MPH, a PiPS Research Fellow in the Division of General Medicine and Primary Care at BIDMC and Harvard Medical School. “The study of genomic effects on the placebo response – what we call ‘the placebome’ — is in its infancy, but there is already ample evidence that genetic variations in the brain’s neurotransmitter pathways modify placebo effects. As a result, placebo responses are emerging as a legitimate series of biological reactions that must be rigorously characterized for efficient pharmaceutical development and optimal patient care.”

The article focuses on several key concepts for future research and discussion regarding the role of the placebome in health care.

Neurotransmitters and the Placebo Effect

The placebo effect occurs when patients show improvement from treatments that contain no active ingredients. Scientists initially used behavioral instruments, such as personality measures, to predict which patients would respond to placebos, but over the past decade, the development of sophisticated neuroimaging technologies illuminated the activation of the brain’s neurotransmitter pathways in response to placebos.

“Because they are the chemical messengers that either excite or inhibit nerve function in the brain, many neurotransmitters play key roles in reward and pain,” explains Hall. “We hypothesized that genetic variation in the genes that encode the proteins in these neurotransmitter pathways might also modify placebo responses.”

In 2012, Hall identified the first placebo biomarker, the catechol-O-methyltransferase (COMT) gene, reporting that genetic variations in COMT – which influence the brain’s levels of the neurotransmitter dopamine — also determined the extent of an individual’s placebo response.

A review of the scientific literature over the last 10 years provided the authors with further confirmation that, beyond the COMT gene, there is evidence for genetic variation in other neurotransmitter pathways that modify placebo response. These include the opioid, endocannabinoid and serotonin pathways — suggesting the potential existence of a placebome or “network” of genes.

The Possibility of Placebo-Drug Interactions

Knowing that neurotransmitter pathways are involved in placebo responses now raises a new consideration for both patient care and clinical research, say the authors: What if placebo responses and drug responses share the same brain pathways?

“We’re discovering that the placebo is not the only component in the placebo effect,” explains the paper’s coauthor Ted Kaptchuk, Director of the PiPS at BIDMC and Professor of Medicine at Harvard Medical School. “These neurotransmitter pathways, which are modified by genetics, are pathways that both drugs and the placebo act on. This now suggests that a drug could change a placebo response and a placebo response could modify a drug response.”

The authors add that the potential overlap between placebo, drug treatment and disease adds to the complexity of the placebome and underscores the importance of understanding how it fits into larger more complex networks.

“The possibility that there could be a placebo-drug interaction as a result of genetic variation in placebo pathway genes suggests that we need to refine and recalibrate the assumptions of placebo controls in randomized clinical trials,” the authors write. “An important next step in describing the placebome would be to include a no-treatment control in placebo-controlled randomized clinical trials. This approach might be cost effective and allow for a broad view of placebo response genes and other molecules across varying conditions and treatments.”

As the “gold standard” for pharmaceutical research, randomized clinical trials include a “placebo arm,” which is designed to control for the non-specific, non-pharmacological effects that are part of the administration and receipt of clinical treatment (i.e. the way a doctor is dressed, the way he or she describes what to expect from a drug, even the physical appearance of the doctor’s office). But in order to properly study the placebo response, the authors propose that a “no -treatment” control needs to be incorporated into the trials.

“The best control for a drug is a placebo, but if you want to study placebos you need a no-treatment control,” says Hall. “This is one of the major limitations in the scientific literature, but we believe that this could be addressed prospectively by including such an arm in future clinical trials.

“Knowledge of the placebome has the potential to guide development of novel strategies for both identifying placebo responders and clinical trial design,” she adds. “The field of pharmacogenomics and our health care system’s focus on precision medicine both call for the right treatment in the right place at the right time, and incorporating the placebome into this overall strategy could help lead to cost effective treatments and improved patient care. The placebome now let’s us consider the placebo in a serious biological manner.”

In addition to Hall and Kaptchuk, Joseph Loscalzo, of the Department of Medicine, Brigham and Women’s Hospital is a coauthor of the paper.

Poverty and Crime Linked to Differences in Newborns’ Brains

•Predisposition to respond to placebo treatment may be in part a stable heritable trait.
•Candidate placebo response pathways may interact with drugs to modify outcomes in both the placebo and drug treatment arms of clinical trials.
•Genomic analysis of randomized placebo and no-treatment controlled trials are needed to fully realize the potential of the placebome.

Placebos are indispensable controls in randomized clinical trials (RCTs), and placebo responses significantly contribute to routine clinical outcomes. Recent neurophysiological studies reveal neurotransmitter pathways that mediate placebo effects. Evidence that genetic variations in these pathways can modify placebo effects raises the possibility of using genetic screening to identify placebo responders and thereby increase RCT efficacy and improve therapeutic care. Furthermore, the possibility of interaction between placebo and drug molecular pathways warrants consideration in RCT design. The study of genomic effects on placebo response, ‘the placebome’, is in its infancy. Here, we review evidence from placebo studies and RCTs to identify putative genes in the placebome, examine evidence for placebo–drug interactions, and discuss implications for RCTs and clinical care.