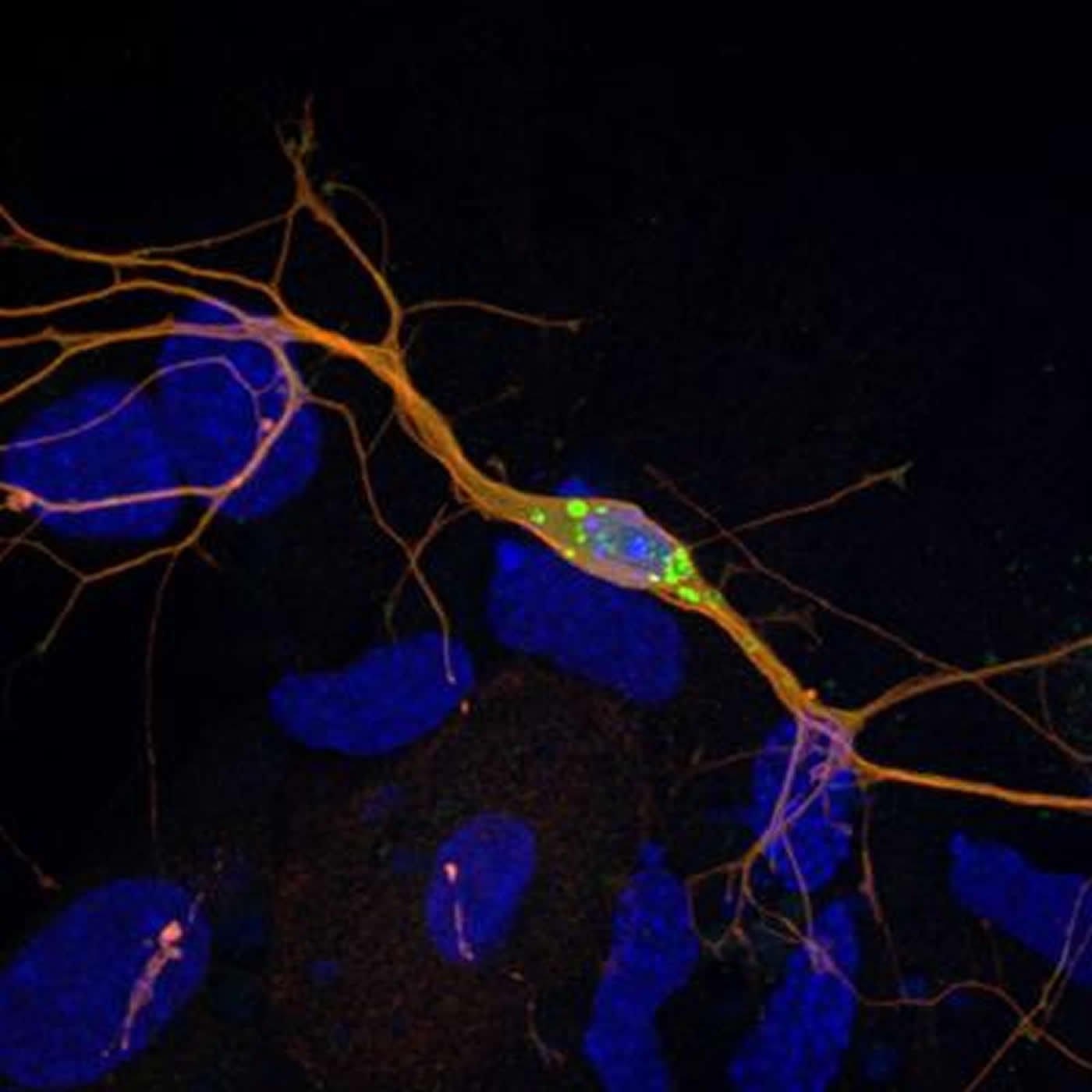 luorescence staining showing the presence of Lewy body-like structures inside neurons from the mice used in this study. Credit: Mohamed Bilal Fares (EPFL).

A Better Model for Parkinson’s Disease

Scientists at EPFL solve a longstanding problem with modeling Parkinson’s disease in animals. Using newfound insights, they improve both cell and animal models for the disease, which can propel research and drug development.

Parkinson’s disease is characterized by the appearance of protein clumps within neurons in the brain, called Lewy bodies. Reproducing Lewy bodies in animals in order to model the disease for research and drug screening has proven notoriously difficult, leaving a gap in Parkinson’s research and treatment. EPFL scientists have now shown where the discrepancy between humans and animals lies. Using the knowledge, the scientists have produced cellular and mouse models that reproduce the evolution of Parkinson’s disease more accurately for both fundamental research and drug development. The work is published in PNAS.

Lewy bodies consist mainly of a protein called “alpha-synuclein”. Abundant in the brain, alpha-synuclein is normally involved in the transmission of neuronal signals. But in Parkinson’s disease, alpha-synuclein clumps up, aggregates and finally tangles into stringy knots called fibrils; these are what form the Lewy bodies.

Even though this has been known for almost a century, we still do not know why they form or how they contribute the progression of Parkinson’s disease. The main reason is that we do not have animal models that accurately reproduce the formation of Lewy bodies. In humans, Lewy bodies form when the brain produces twice the normal amount of alpha-synuclein. When mice, which are often used to model human diseases, are used to model Parkinson’s, they are genetically engineered to overproduce it. But human alpha-synuclein does not form fibrils and Lewy bodies when produced in mice.

Mice produce three types of their own synuclein, which are similar to human alpha-synuclein. Because of this, they are referred to as its “homologues”. One possibility is that the way human alpha-synuclein interacts with its homologues might be preventing it from forming Lewy bodies in mice. To determine if this is the case, Hilal Lashuel and his team at EPFL looked at what happened when human alpha-synuclein was produced in neurons from mice that were genetically engineered to miss either one or all three of their synuclein homologues.

The study, led by PhD student Mohamed-Bilal Fares, showed that mouse neurons that were missing one or all three homologues successfully formed clumps that are similar to Lewy bodies. Tests on mouse brains yielded similar results. Finally, the scientists found that the mouse homologues directly interact with earlier intermediates formed during the aggregation of human alpha-synuclein into Lewy bodies. The mouse homologies interfere with their growth and spread throughout the brain.

What all this means is that human alpha-synuclein does not form Lewy bodies in mice because its homologues in the animal prevent it from doing so. This discovery explains why it is so difficult to model Parkinson’s disease in normal mice, which have all of their synuclein homologues. In other words, the key to successfully modeling the disease in mice is to genetically suppress their homologues of human alpha-synuclein.

Working off their genetically engineered mice and neuronal cultures, the team developed and characterized new models for Lewy bodies for the scientific and medical community. Hilal Lashuel expects that the new insights will advance the development of neuronal and in vivo models that reproduce features of Parkinson’s disease, and allow screening for new drugs. “We now have a very well-characterized model that offers a powerful tool for rapid screening of molecular pathways involved in Parkinson’s disease,” he says. “But because it can also allow us to understand how human alpha-synuclein forms fibrils inside neurons and how that contributes to the progression of the disease, we can develop better drugs and intervention strategies to prevent this disease.”