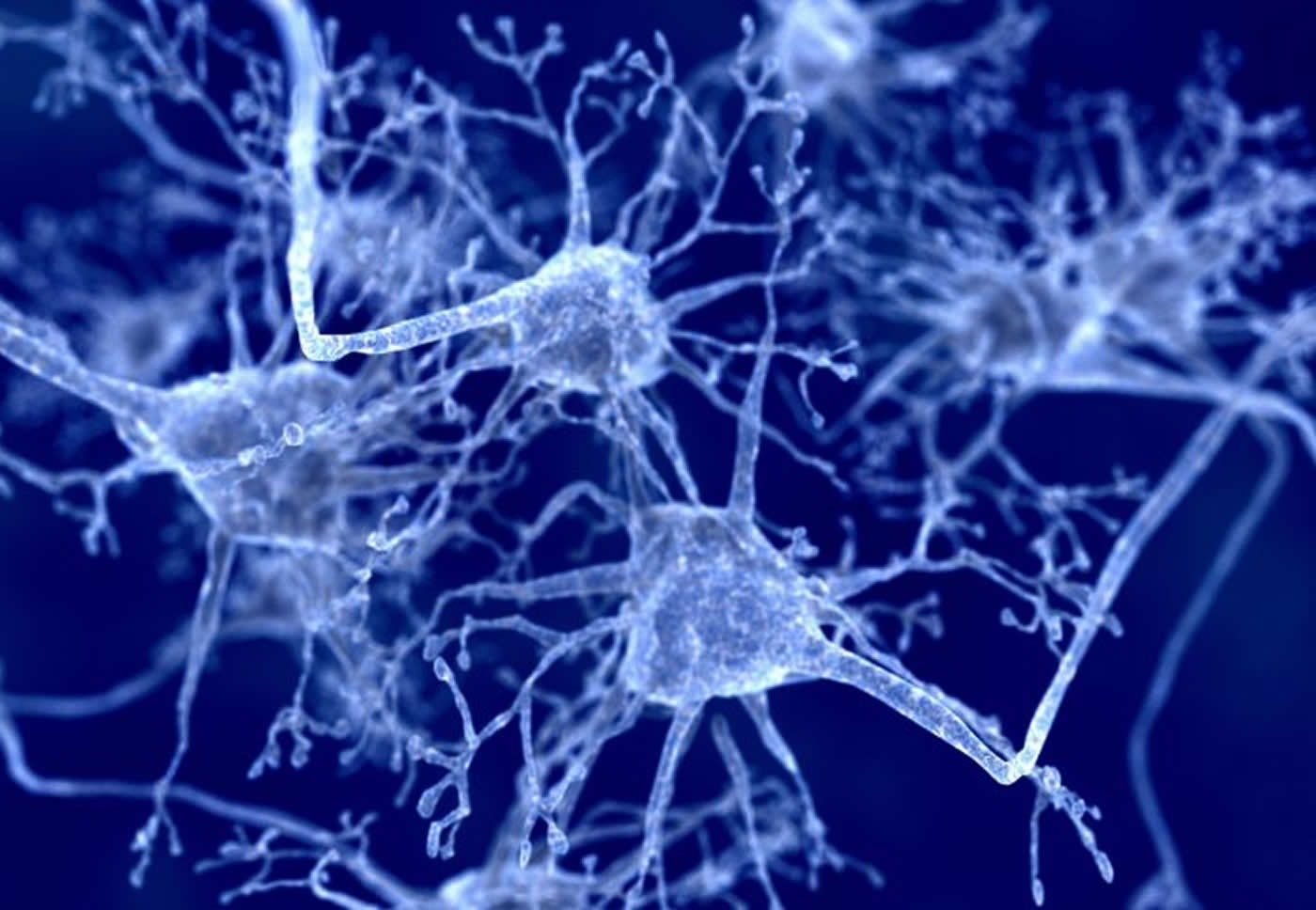 Scientists already suspect that cholinergic neuron cells are involved in Parkinson’s disease. This is because in post mortem studies of patients’ brains, about half of these cells have perished, for reasons that are currently unknown. Image adapted from the Imperial College London press release.

A New Way to Target Neurons Affected by Parkinson’s Disease

Researchers believe they have found a potential new way to target cells of the brain affected by Parkinson’s disease.

The new technique is relatively non-invasive and has worked to improve symptoms of the disease in rats.

Parkinson’s disease causes progressive problems with movement, posture and balance. It is currently treated with drugs, but these have severe side-effects and can become ineffective after around five years. The only treatment subsequently available to patients is deep brain stimulation, a surgical technique where an electrical current is used to stimulate nerve cells in the brain.

As well as being an invasive treatment, it has mixed results – some patients benefit while others experience no improvement or even deteriorate. Researchers believe this is because the treatment is imprecise, stimulating all types of nerve cells, not just the intended target.

The new study, published in the journal Molecular Neurodegeneration, examined a less invasive and more precise alternative, designed to target and stimulate a particular type of nerve cell called cholinergic neurons. These are found within a part of the brain called the pedunculopontine nucleus, or PPN.

“If you were to peer inside the PPN, it is like a jungle with a massive variety of nerve cells that behave differently and have different jobs to do,” said Dr. Ilse Pienaar, Honorary Lecturer in Neuroscience at Imperial College London

Scientists already suspect that cholinergic neuron cells are involved in Parkinson’s disease. This is because in post mortem studies of patients’ brains, about half of these cells have perished, for reasons that are currently unknown.

The researchers from Imperial College London and Newcastle University worked with rats that had been treated to recreate the symptoms of Parkinson’s disease. They used a harmless virus to deliver a specially-designed genetic ‘switch’ to the cholinergic neurons. The rats were then given a drug that was designed to activate the ‘switch’ and stimulate the target neurons.

Following the treatment the rats made an almost complete recovery and were able to move normally.

Dr. Pienaar adds: “This study confirms that cholinergic neurons are key to the gait problems and postural instability experienced by advanced Parkinson’s disease patients. It also suggests that it’s possible to target those cells that remain to compensate for those that are no longer functioning effectively, possibly due to weak communication between nerve cells. If we can transfer this technique into people, we believe this could help patients regain mobility.

“At the moment, neurosurgeons are attempting to target specific areas with deep brain stimulation, but it is a blunt tool with correspondingly mixed results. We think we have found a way to target only the cholinergic neurons within an area such as the PPN.”

Dr. Joanna Elson at the Institute of Genetic Medicine at Newcastle University added: “The structure we studied is complex, very complex. Despite this complexity and the intricacy of the techniques and the brain region analysed, the results are exciting because of the potential to advance patient treatment.

“This paper will help us understand how deep-brain stimulation works, but more importantly it is a step towards offering less invasive treatment options to patients with Parkinson’s and other neurodegenerative disorders.”

The researchers believe the technique could transfer into people in the next five to ten years. They also think their technique could have wider potential. Dr. Pienaar said: “Parkinson’s disease patients experience a complex set of symptoms and we hope to use the same method to understand how different cells within the brain contribute to the disease.”

Dr. Pienarr held a Junior Research Fellowship at Imperial during this work. She was also by the Rosetrees Trust and the British Pharmacological Society.

Benefits of Exercise May Vary Greatly in Primary Mitochondrial Disease

Background
Patients with advanced Parkinson’s disease (PD) often present with axial symptoms, including postural- and gait difficulties that respond poorly to dopaminergic agents. Although deep brain stimulation (DBS) of a highly heterogeneous brain structure, the pedunculopontine nucleus (PPN), improves such symptoms, the underlying neuronal substrate responsible for the clinical benefits remains largely unknown, thus hampering optimization of DBS interventions. Choline acetyltransferase (ChAT)::Cre + transgenic rats were sham-lesioned or rendered parkinsonian through intranigral, unihemispheric stereotaxic administration of the ubiquitin-proteasomal system inhibitor, lactacystin, combined with designer receptors exclusively activated by designer drugs (DREADD), to activate the cholinergic neurons of the nucleus tegmenti pedunculopontine (PPTg), the rat equivalent of the human PPN. We have previously shown that the lactacystin rat model accurately reflects aspects of PD, including a partial loss of PPTg cholinergic neurons, similar to what is seen in the post-mortem brains of advanced PD patients.