Summary: According to a new study, practicing mindfulness can have beneficial effects on both parents and children. The study reports parents who practice mindfulness have better control of their emotions, which helps them to apply consistency and encourage their children. Children showed improvements in social skills and a decrease in negative behaviors when interacting with others.

Parents, picture the situation: Your child is misbehaving. You’ve had a hard day, and one more outburst sends you over the edge.

You threaten. You yell. Maybe you announce a punishment so over the top you know you won’t, and shouldn’t, follow through.

“That’s reacting based on emotions,” explains University of Washington psychology professor Liliana Lengua. “Not in the way you know you’ll be effective.”

What is effective, Lengua and her team report in a new research study, is practicing mindfulness: staying calm, seeing a situation from other perspectives and responding in an intentional way. Through a parenting program that UW researchers created and offered at two early childhood centers, participants learned strategies and techniques that helped them manage their own emotions and behaviors while supporting their child’s development.

“Our goal was to support parents engaging in practices that we know build up their children’s social and emotional well-being, and in a pretty brief program, parents showed improvement in their own feelings of emotional control, and demonstrated more of those parenting behaviors that support children,” said Lengua, who directs the Center for Child and Family Well-Being at the UW. “Our data show that when parents improve, kids improve.”

For this study, published in the journal Mindfulness, 50 parents of preschoolers participated in programs at two sites — one a kindergarten socialization class at a suburban elementary school with a high population of children receiving free or reduced-price lunch, the other a Head Start program at a community college. Over six weeks, researchers guided parents through a series of lessons on mindfulness and parenting strategies:

In addition to lessons geared toward parents as a group, researchers observed parents interacting with their children and surveyed the parents — before the program started, at its end, and three months afterward — about both their own behavior and their child’s. One of the biggest improvements, Lengua said, was in the parents’ ability to manage their emotions, which helped them apply consistency, guide and encourage more often and reduce negativity.

Children, meanwhile, showed improvements in their social skills, and also displayed fewer negative behaviors when they were observed interacting with each other.

While the study was relatively small, Lengua said, the results are promising, not only because of the reported and demonstrated behavior changes among adults and children, but also due to the ability to provide such lessons in existing early learning settings. In other words, there is potential to reach people of a variety of backgrounds — not just those participants who might be familiar with mindfulness concepts — and arm them with positive parenting tools. 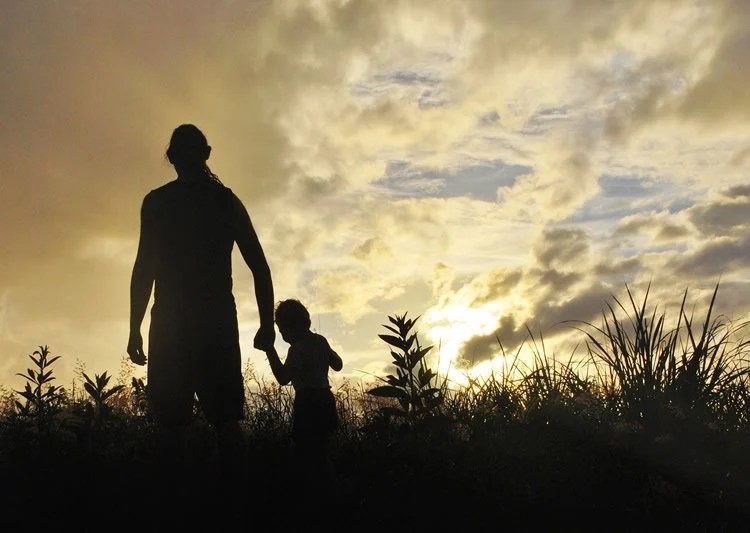 A University of Washington study finds that parents who took mindfulness lessons were better able to manage their emotions, and their children’s behavior improved, as well. NeuroscienceNews.com image is in the public domain.

“Mindful parenting” has become something of a buzzword, Lengua added.

“People talk about ‘mindful parenting’ as a thing. It’s really just recognizing your child, in that moment, as having their own experience, and being attentive and intentional in that moment,” she said. “We view these strategies as skills that we can teach discreetly, and they provide regulation practices that we can use for any purpose.”

Researchers now are implementing the program at additional sites, largely via community organizations that serve a diverse range of families, to see if the results will be replicated, Lengua said.

Funding: The published study was funded by the Harvard University Center on the Developing Child and the UW Center for Child and Family Well-Being.

Additional authors were Erika Ruberry and Melanie Klein, graduate students in the UW Department of Psychology; Brinn Jones, an undergraduate student who helped conduct the research; and Corina McEntire, with Educational Service District No. 112 in Vancouver, Wash.

Preliminary Evaluation of an Innovative, Brief Parenting Program Designed to Promote Self-Regulation in Parents and Children

Children growing up in low-income households tend to be less academically, socially, and emotionally ready at school entry. Self-regulation has been identified as a key factor underlying children’s academic achievement and social–emotional competence and may be promoted through effective parenting. However, few existing parenting programs that teach behavioral parenting skills simultaneously address parents’ self-regulation skills or promote strategies for coping with income-related stress and adversity. Systematic evaluation of the added benefit of incorporating these practices into parenting programs is needed. We conducted preliminary evaluation of a brief parenting program that aims to promote young children’s self-regulation, social–emotional competence, and academic readiness by enhancing parent mindfulness, self-regulation, and evidence-based parenting practices. Evaluations were conducted in two early learning programs serving low-income families. Staff at the sites received limited training and supervision to deliver the program, to test the feasibility of implementing a program with lower resource demands. Observed and self-reported changes in parenting (increased scaffolding and consistency, decreased rejection and negativity), self-reported changes in parent self-regulation, and observed and mother-reported changes in child adjustment (decreased negative affect, increased social competence and academic readiness) were demonstrated. This pilot yielded promising initial evidence for a two-generation approach to increase both parent and child self-regulation in at-risk families.