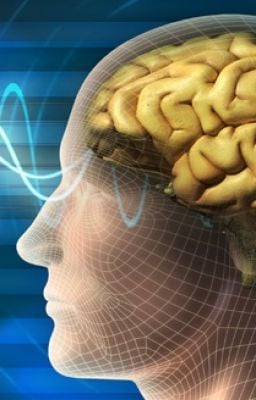 Optogenetic stimulation avoids damage to living tissue by using light to stimulate neurons instead of electric pulses used in past research. The image is not connected with the article and is used for illustrative purposes.
Home
Featured

A new tool being developed by UT Arlington assistant professor of physics could help scientists map and track the interactions between neurons inside different areas of the brain.

The journal Optics Letters recently published a paper by Samarendra Mohanty on the development of a fiber-optic, two-photon, optogenetic stimulator and its use on human cells in a laboratory. The tiny tool builds on Mohanty’s previous discovery that near-infrared light can be used to stimulate a light-sensitive protein introduced into living cells and neurons in the brain. This new method could show how different parts of the brain react when a linked area is stimulated.

The technology would be useful in the BRAIN mapping initiative recently championed by President Barack Obama, Mohanty said. BRAIN stands for Brain Research Through Advancing Innovative Neurotechnologies and will include $100 million in government investments in research.

“Scientists have spent a lot of time looking at the physical connections between different regions of the brain. But that information is not sufficient unless we examine how those connections function,” Mohanty said. “That’s where two-photon optogenetics comes into play. This is a tool not only to control the neuronal activity but to understand how the brain works.”

The two-photon optogenetic stimulation described in the Optics Letter paper involves introducing the gene for ChR2, a protein that responds to light, into a sample of excitable cells. A fiber-optic infrared beam of light can then be used to precisely excite the neurons in a tissue circuit.

In the brain, researchers would then observe responses in the excited area as well as other parts of the neural circuit. In living subjects, scientists would also observe the behavioral outcome, Mohanty said.

Why Some People Overestimate Their Abilities While Others Underestimate

“Dr. Mohanty’s innovations continue to be recognized because of the great potential they hold,” said Pamela Jansma, dean of the UT Arlington College of Science. “Hopefully, his work will one day provide researchers in other fields the tools they need to examine how the human body works and why normal processes sometimes fail.”

Notes about this BRAIN mapping initiative and neuroscience research

Mohanty’s co-authors on the research were members of his lab, Kamal Dhakal, Ling Gu and Bryan Black.